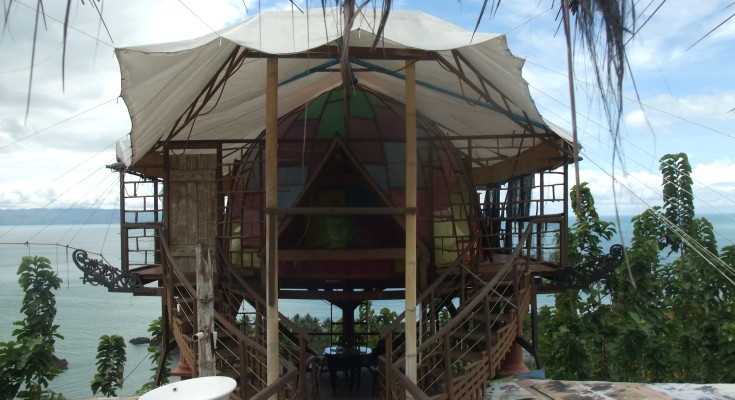 A trip to Karang Aji, or, my rocky journey to the waters

In the first pages of what is considered by many to be a classic American work of fiction, Herman Melville elaborated on the human race’s eternal love for the waters. With this, the main character Ishmael did embark on the thrilling and maddened journey to chase the legendary white whale, Moby-Dick.

The particular adoration for seas, lakes and the likes, might forever be a tragic scenario, however, if it was played in Jakarta, Indonesia’s overburdened capital, with its black and foul-smelling rivers and garbage-ridden shores. 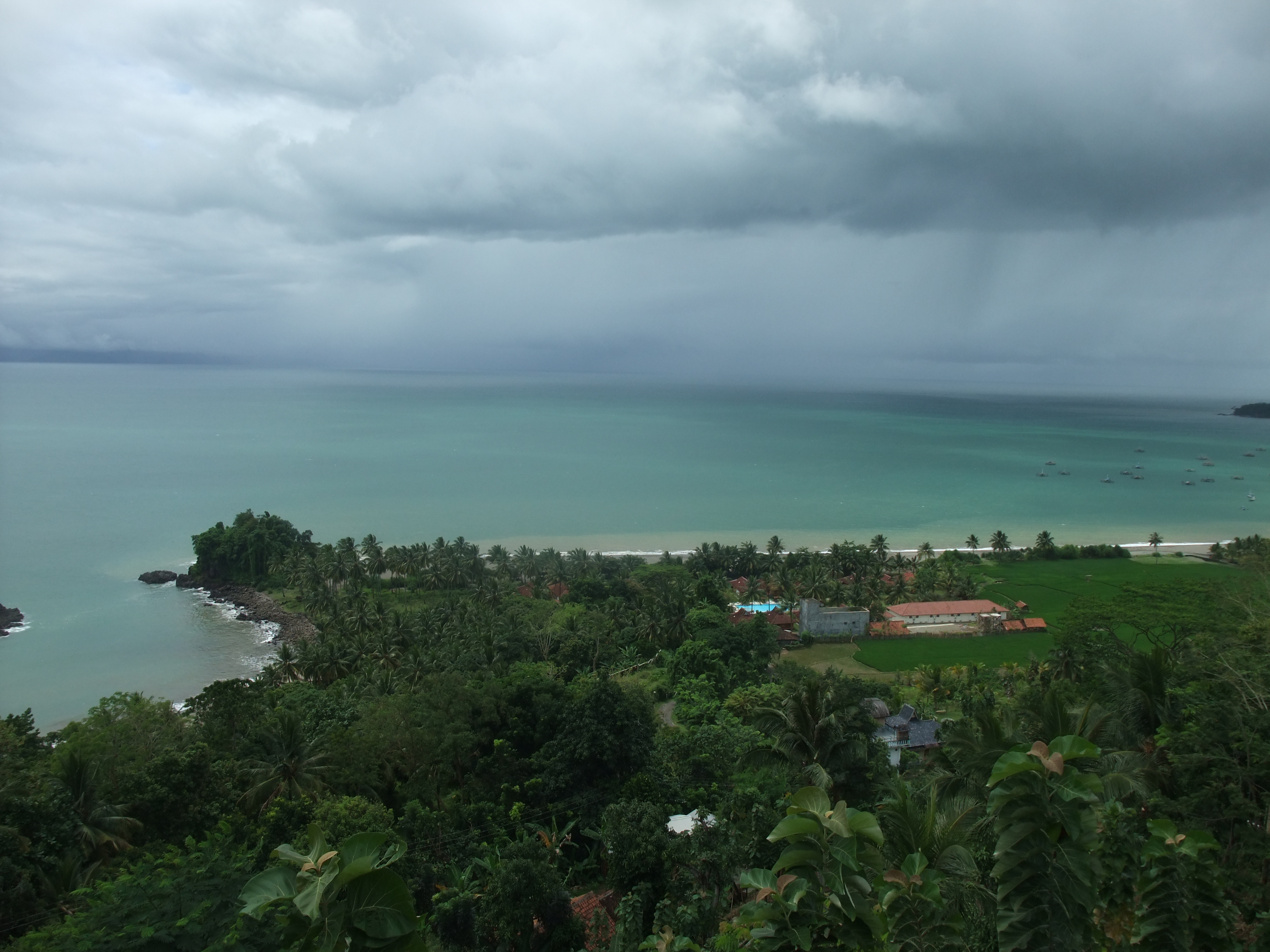 Longing for an Ocean Breeze near Jakarta? Karang Aji here we come!

Longing for the ocean breeze and the sand between my toes, I decided to go on my own journey to the seaside. I only had three days between work to spare, and financial concerns kept me away from the luxury of journey by air.

Thus, the Southern coastal area in West Java became my choice of destination. I figured despite not having a car, I could make it all the way there by public transportation. Karang Aji is located west of Pelabuhan Ratu.The journey started early in the morning, with the Kampung Rambutan bus terminal in Jakarta being the first takeoff point.  The bus ride, which cost less than Rp 20,000, was bereft of air conditioner and takes about a full half hour ― with a number of merchants and buskers offering you their wares and sometimes unwanted entertainment.

I switched buses around three hours into the journey for some one-hour trip to the Pelabuhan Ratu bus station. From there, I took a motorcycle taxi (ojek) to get to the Karang Aji villa-my accommodation of choice. The ojek cost Rp 50,000. The road was hilly and full of twists and turns. As the young driver swerved cheerfully along it, I said a few prayers.

Amid my anxiety, I glimpsed several other hotels along the way. The famous Samudra Beach Hotel, which provides a special room for the legendary queen of the southern seas, Nyi Loro Kidul was among them.

The Karang Aji villa has earned itself the nickname of  “Dr. Seuss’ house” thanks to the bizarre yet definitely captivating architecture. Colorful and eccentric, it houses beautiful decor and Indian, Chinese, and Indonesian style ornaments. 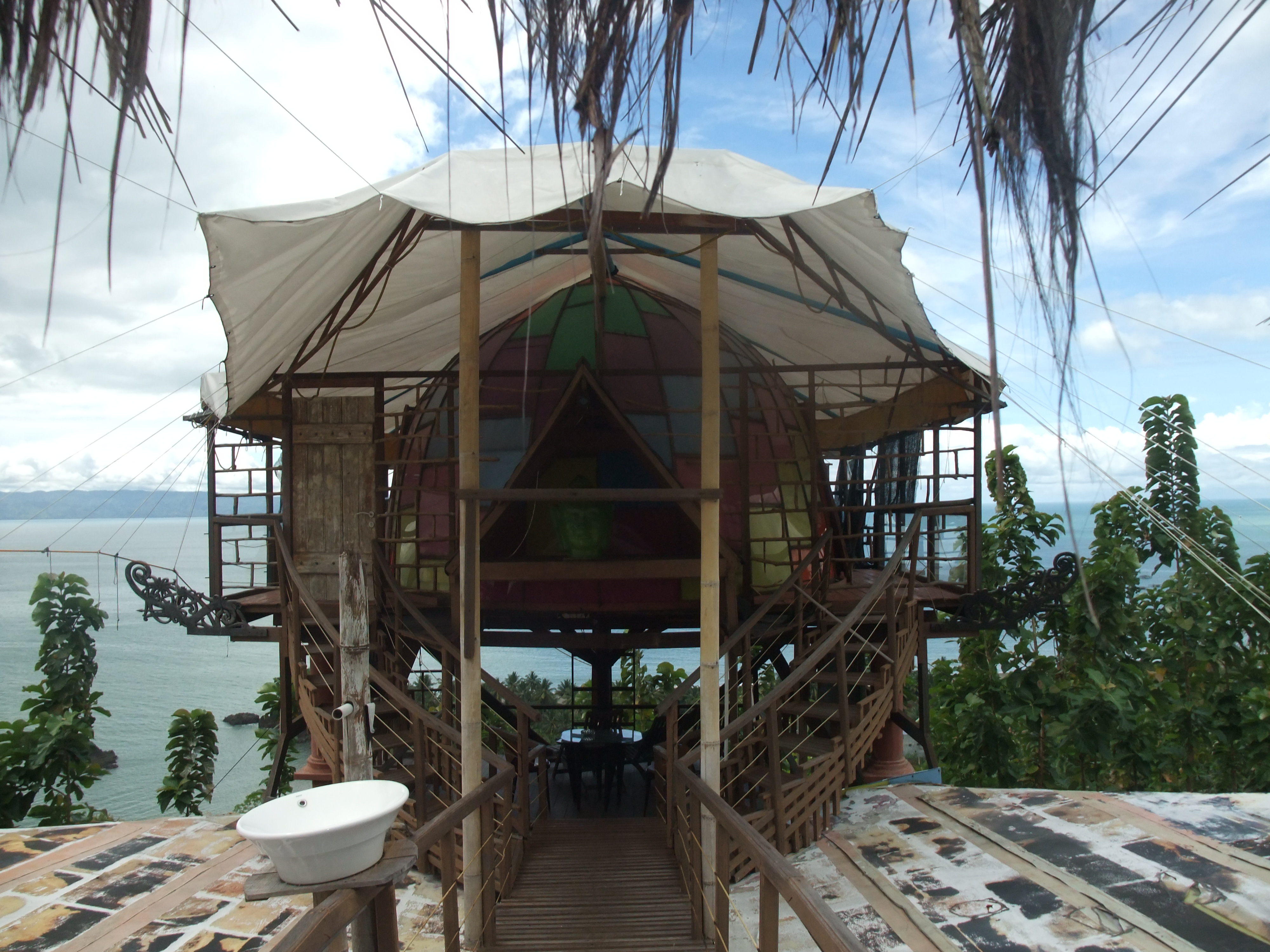 The villa stands atop a hill and surrounded by a lovely garden, its wooden structure giving it a creaky, daredevil feel. The best place to be is perhaps in the foremost room in the whole building: The “bird’s head”.

Slightly reminiscent of a cockpit or perhaps a lookout, the spherical , mosaic roofed-room gave me a stunning 360 degrees view of the scenery below. Colorful fishing boats floating in the vast, seemingly endless blue instantly shoved the tiring journey to the back of my memory.

Aside from the beach, the surrounding greens were also a very welcomed change from the concrete jungle. At times, I saw squirrels playing in the coconut trees. Despite the charm, the Karang Aji villa, sadly seems lacking of proper maintenance nowadays. The Jacuzzi was not very clean, and the games downstairs, such as the pool table, were unfit to use.

The beach near Karang Aji is reachable by walking down some steps and a light walk through the grasses. The waves are exciting, but not strong enough to be dangerous. Take note, though, that the moderate waves mean that this beach is a good destination for surfers but amateur swimmers should not venture too far into the deep waters.

All in all, it was clean and quiet, especially outside of holidays, since this is not one of the “popular” beaches.  Save for a few giggling local teenagers, I fulfilled my longing for a peaceful time on the seaside.

I rested a while after swimming, since it’s quite a long, and steep walk if you’re not equipped with a car. A good reminder of how out of shape I was, actually.

If you have a car, you might wander to the nearby warungs (eateries) serving seafood, and I even saw an Indian restaurant advertised a few hundred meters from the villa. However, as I don’t have one,  my choice was limited to my own cooking and a pricey restaurant in the nearby Ocean Queen resort.

The second time I went there, I took a train to Bogor, before taking an angkot in dreadful traffic to the Bogor bus terminal. The bus from Bogor terminal was air-conditioned but the blaring dangdut music didn’t help much. Plus, I missed the air-conditioned train so I had to endure a long, sweaty ride.

While the previous trip still has that initial excitement of seeing the beach and the villa for the first time, the second time was dampened by a number of facts: First, it was the weekend, thus the traffic was worse, second, the games in the villa still didn’t work and the weather was cloudy and rainy thus only allowing for two short trips to the beach.

I found out at the end of the trip that there actually is a minivan that passes the villa from the Pelabuhan Ratu bus terminal. It’s cheaper than an ojek but after a demanding five-hour bus ride, I might have taken the ojek anyway.

The traffic towards Jakarta on my second trip was horrendous. I was tired and cranky by the time I got home and a thought flashed through my mind that a few hundred thousand rupiahs extra for Bali plane tickets might be worth it after all.

Thus, here are a few tips in a nutshell for you attempting a trip on public transport to enjoy the beach in Karang Aji:

-Try to avoid going on weekends. The traffic flow to get out of Jakarta is usually a nightmare during holidays. The same goes for the trip back.

– Expect anything and try to laugh off things that don’t go according to the plan. This is not for the frowning traveler. Pick traveling friends who know how to be easy-breezy. I would advise against taking the trip as an instant cure when you are  completely stressed out because the trip will take much out of you.

– If you are going for the Bogor-Pelabuhan Ratu route, make sure you make it in time to catch the air-conditioned train to the Bogor train station.

– Although the Ibu in the villa cooked me a hearty plate of nasi goreng (fried rice) for breakfast, it is essentially a self-sustaining place. Shop ahead for ingredients in the nearby markets or warungs and keep a good supply of food in the fridge. A stove and some cooking wares, such as wok, are available in the kitchen.

– If possible, bring a portable DVD player, a good book, or, of course, very pleasant company along. There’s no television in the rooms so if the weather’s bad, you might be stuck with nothing to do.