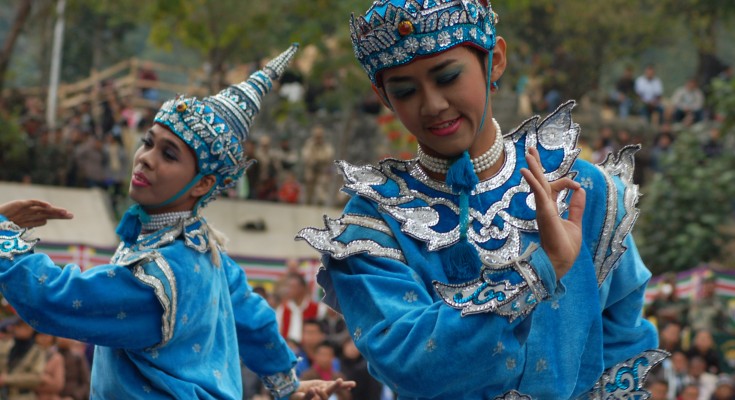 Every year on January 15th the Naga people, living in Myanmar, celebrate the Lunar New Year Festival, known as Kaing Bi. All Naga tribes in Myanmar send delegations to celebrate their most important festival of the year. At midnight on new year’s eve, the Naga chief prays at the festival site. When the praying is over, people sacrifice cattle, pigs and chickens, which will be prepared for the meal at the festival. The festival is usually celebrated with lots of food, rice wine and dances.

Naga from Burma, By: Raj Kumar

The term Naga people is given to a conglomeration of tribes living in the North Eastern part of India (in Nagaland, Manipur, Assam and Arunachal Pradesh) and the North Western part of Myanmar (in the Naga Self-Administered Zone, Sagaing division). Although many Naga have been Christianized after the arrival of missionaries from the middle of the 19th century on, and the new educational system has brought changes to the old social patterns and cultural practices, the Naga people still attract the attention of the outside world.

One of the reasons might be that the Naga people have a strong awareness of their identity and a strong desire to remain independent. Although studies on the anthropology of Naga people are many, the results differ, causing a confusing and blurred image of the Naga people and their culture. The difficulty in describing the Naga people might be caused by the multitude of tribes that communicate in various languages and dialects and have different customs. 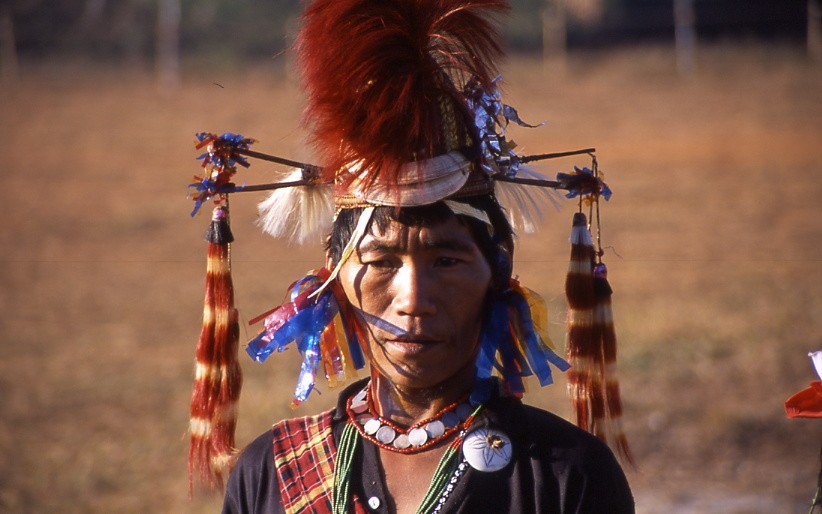 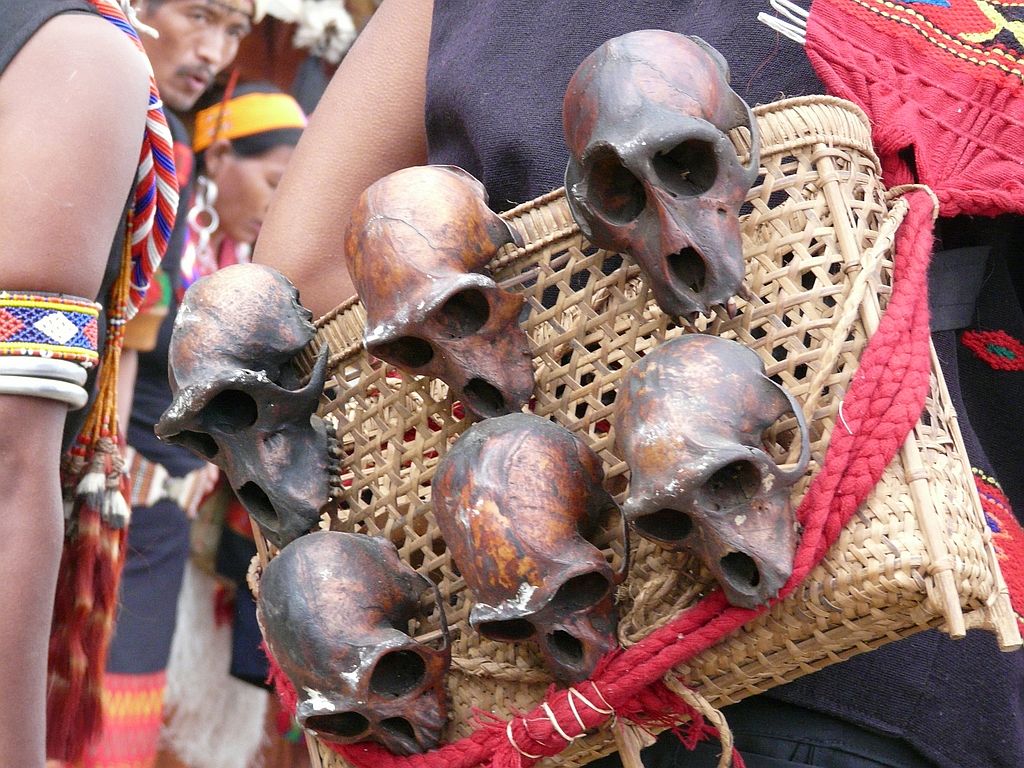 A distant memory? By: Raj Kumar 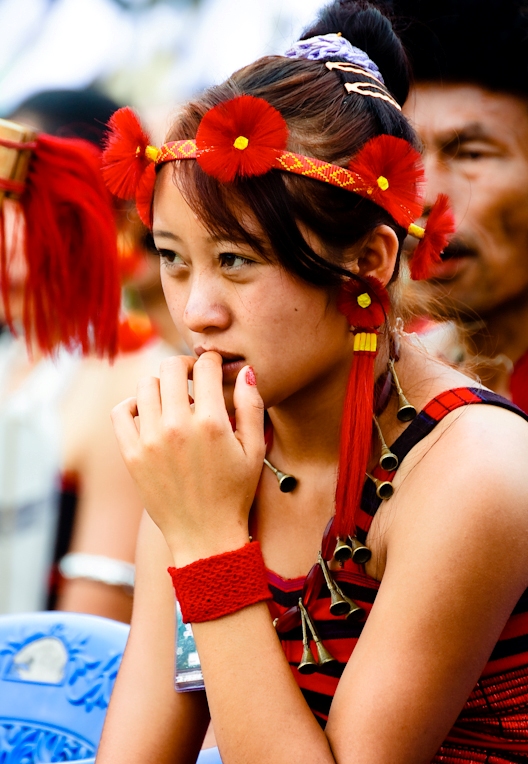 Popular descriptions of the Naga stress on one trait that seems to separate them from other ethnic groups: the headhunting custom they once practiced. Although they no longer practice headhunting at present, they are still feared and admired for this particular custom.

Furthermore, although at present theNaga live from agriculture, they seem to be hunters from origin and even today some of them hunt tigers and elephants with simple weapons like spears and bows. Other traits which seem to distinguish them from other local inhabitants, are the tattoos on their bodies signifying their villages and tribes, the specific dress code, eating habits, customs and traditional laws.

The Naga people have various festivals in a year, with differing significance for each tribe and different ways of celebration. Most of the festivals revolve round agriculture (sowing season and harvesting season). However, in Myanmar the most important festival for the Naga people is the New Year festival. Travel agencies in Yangon organise tours to the festival, promoting it as one of the best opportunities for foreign travellers to visit the remote Naga region. But from time to time the Myanmar military government does not allow foreign tourists to attend the festival. For the coming year foreigners are most welcome, with the restriction that they enter the region by guided (high budget!) tours.