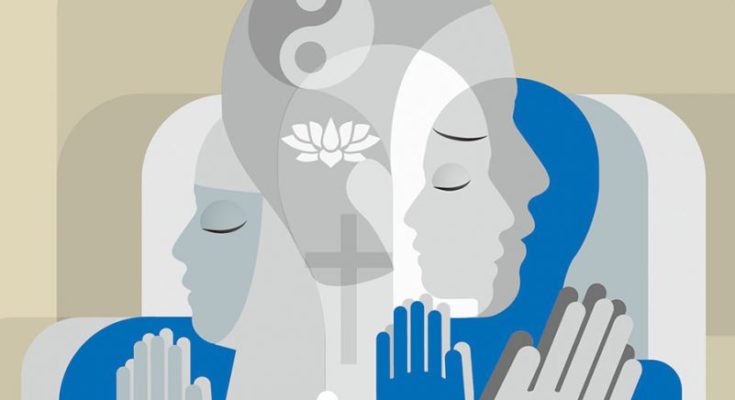 Taiwan a home for people of all faiths 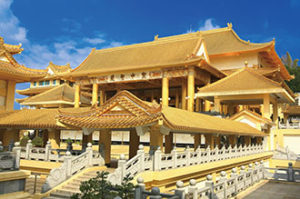 As a world leader in promoting religious freedom, Taiwan is providing a home for people of all faiths.

Normally a place of quiet reflection, Tian-An Tai-Ho Retreat Center in the sleepy township of Sanyi in central Taiwan’s Miaoli County was a hub of activity for four days last year during the 19th Religion and Peace Life Camp organized by Taipei City-based Taiwan Conference on Religion and Peace (TCRP), Taiwan’s largest platform for inter religious exchanges. The event brought together more than 100 representatives of the country’s major religions—Buddhism, Christianity, Islam and Taoism—alongside those from lesser-known faiths like I Kuan Tao and The Lord of Universe Church.

“Mutual understanding and respect are key to maintaining harmonious relations between people of different faiths,” said TCRP President Jing Yao (釋淨耀‬), who also heads Taipei-based Buddhist Association of the ROC. “One way we demonstrate this is by always serving vegetarian meals, which are acceptable to all.”

Religious freedom is now taken for granted in Taiwan’s pluralistic, tolerant society, but the right to practice without fear of persecution was not always guaranteed. Prior to the lifting of martial law in 1987, religious activities were only legal for major religions. By contrast, despite sharing many of the principles of Confucianism, Buddhism and Taoism, I Kuan Tao—also known as the Religion of One Unity—was branded a cult and officially banned.

Now free to practice in Taiwan, I Kuan Tao has gained a small but significant following. According to a 2019 survey of the country’s population conducted by the Institute of Sociology at Academia Sinica, the nation’s foremost research organization, 2.1 percent of respondents identified as believers in the religion. Lin Pen-hsuan (林本炫‬), an academic from Miaoli-based National United University specializing in local belief systems, thinks the percentage could be even higher as people might be reluctant to reveal their true feelings given past stigma attached to I Kuan Tao.

The same survey found 49.3 percent of respondents were followers of folk religions, 14 percent Buddhists, 12.4 percent Taoists and 6.8 percent Christians, with a further 13.2 percent not holding any religious beliefs. Taiwan does not keep national data on religious demographics, and faith groups are not required to register with the central or local governments, although about 3,500 have chosen to do so.

Religious freedom is guaranteed under Article 13 of Taiwan’s constitution. “All religious groups are free to practice provided they don’t break any laws,” said Lin Ching-chi (林清淇), director of the Department of Civil Affairs at the Ministry of the Interior (MOI), which oversees religious affairs for the central government. “It’s not for the state to say whether a belief is valid. That’s for each individual to decide.”

Rather than regulating religious activities, the government is committed to eliminating barriers standing in the way of worship. In 2000, the MOI established the Advisory Commission on Religious Affairs, which sees representatives from the nation’s various faiths meet with academics and government officials to address any concerns religious groups may have, such as regarding land use rights for services.

The MOI also recognizes those who give back to society. Since 1976, it has presented the Best Religious Organization of Social Charity Promotion award for work done ranging from child welfare services to disaster relief. Consistent performers are eligible for the prestigious Executive Yuan Award of Social Charity Promotion, whose winners include Hualien County-headquartered Tzu Chi Foundation in eastern Taiwan. Established in 1966, Tzu Chi is the country’s largest Buddhist charity and is known for its humanitarian endeavors around the world.

“Religions have a stabilizing influence on society, with religious organizations at the forefront. These groups have been a force for good in Taiwan, offering help when the state is unable to,” Lin said, adding that many people participate in charitable work through programs organized by the country’s religious entities. This broad-base support is clear from the number of recipients of the MOI and Executive Yuan awards, last year totaling 173 and 15, respectively.

The Ministry of Education has also done its part to make the country’s learning institutions a welcoming environment for all manner of faiths. In the past, colleges and universities were barred from hosting departments focused on a single religion, such as for training members of the clergy. Consequently, religious schools were not officially recognized, although they could still operate and recruit students. This restriction was lifted in 2004, leading to the establishment of numerous respected institutions including Dharma Drum Buddhist College in New Taipei City, Taiwan Baptist Theological Seminary in Taipei, and Chong De School of I Kuan Tao in the central county of Nantou.

Institutional reforms combined with a multicultural society have cemented Taiwan’s reputation as a hub of religious activity. According to U.S. think tank Pew Research Center, Taiwan ranks second only to Singapore worldwide in terms of religious diversity, and MOI statistics reveal the country is home to more than 33,000 religious buildings, equivalent to nearly one for every square kilometer of territory.

Keen to build on its reputation as a welcoming home for believers, Taiwan is establishing links with religious organizations in other nations to share its successful transformation and play its part in improving religious freedom worldwide. In July 2018, the U.S. Department of State held the first Ministerial to Advance Religious Freedom (MARF) and launched the Potomac Plan of Action calling on participating countries and territories to create ambassadors at large for religious freedom. Taiwan was among the first to respond, appointing Pusin Tali, president of Yu-Shan Theological College and Seminary in Hualien and a member of the Atayal indigenous people, as its ambassador.

Days after his appointment, Pusin Tali attended the opening of A Civil Society Dialogue on Securing Religious Freedom in the Indo-Pacific Region in Taipei. Sponsored and supported by Taiwan and the U.S., the event was organized by Taipei-based Taiwan Foundation for Democracy and brought together more than 200 distinguished guests from home and abroad to discuss growing threats to religious expression. Four months later, Pusin Tali flew to Washington for the second MARF as one of more than 1,000 global civil and religious leaders in attendance.

“My appointment is truly a first for the country. Taiwan is a nation where people of all faiths and ethnicities can thrive, and one that’s serious about strengthening cooperation with like-minded countries to protect religious freedoms worldwide,” Pusin Tali said. “Ensuring all are free to worship however and whenever they want is integral to Taiwan values—it’s an unshakeable part of our identity.”

Write to Oscar Chung at mhchung@mofa.gov.tw