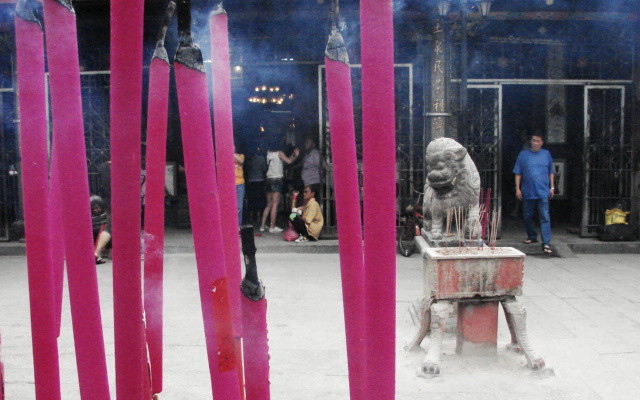 Penang Malaysia, Pearl of the Orient

Penang Island, fondly crowned by locals as the ‘Pearl of the Orient’ attracts to its shores a multitude of visitors. It is not hard to imagine why, as Penang possesses many charms. The only island state in Malaysia, its other unique feature is that it is the only state with a majority Chinese populace. This influence is reflected in the many Chinese temples and traditional cultural celebrations. 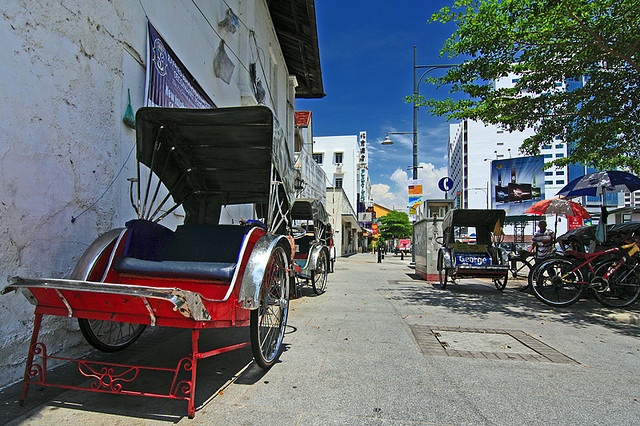 The name Penang is derived from the original Pulau Pinang by English captain Francis Light. He convinced the Sultan of Kedah to cede Pulau Pinang to the British East India Company in exchange for British protection. Pinang is the name of the Betel nut in Malay, and Pulau is the name for Island.

See the Seas in Penang

Though there are less Betel nuts to be found on the sandy beaches of Penang today, a visit to one of the many the palm fringed beaches is a must. The popular Batu Ferringhi beach usually buzzes with tourists and activities such as wind surfing and parasailing. There is also a nightly street market, selling souvenirs, crafts and clothing. Teluk Bahang beach on the other hand, is quieter than it’s neighboring Batu Feringghi. Travelers who are more adventurous, and after a tranquil experience will enjoy Teluk Duyung, Monkey Beach, Pantai Kerachut or Pantai Mas. These beaches are accessible by some scenic hiking around the Penang National Park in Teluk Bahang. During February to April, turtles come to shore to their breeding ground, at Teluk Kampi beach. Teluk Kampi is the longest beach in Penang National park. It takes about an hour or two’s hike from Pantai Kerachut.

The George Town area in Penang was recognized as a World Heritage Site by UNESCO in July 2007. George Town’s history of development spans over 500 years of trading with the West in the Straits of Malacca. Multi cultural heritage and influences from European colonial times are reflected in the architecture and cuisine. The Esplanade is a good way to begin exploring Penang’s rich history. The seafront promenade features several structures and memorials like the star shaped Fort Cornwallis. A stone throw away are the City Hall, Town Hall and State Legislative Assembly building, great examples of historical colonial buildings. 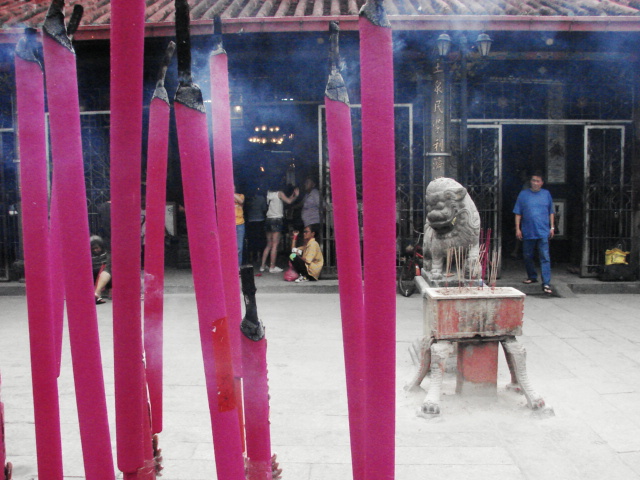 A sharp juxtaposition to the majestic colonial buildings, the Weld Quay Clan Jetties Waterfront Settlement has resisted the encroachment of modernity and development for over a hundred years. Communally organized by lineage or clan, these settlers from China were boatmen, porters and fisherman who depended on the sea for a living. Several Malaysian artists have organized a Penang Clan Jetties Community Arts Project, to “ promote the development and maintenance of a “living museum” based upon the unique cultural heritage of the Clan Jetties yet integrated with 21st Century technologies, skills and outlook.”

Other ways to observe and savor local life and traditions are in Penang’s abundant places of worship. The Kapitan Keling Mosque, Sri Mahamariamman Temple and the Goddess of Mercy (Kuan Yin) Temple are some of the oldest, with histories as colorful as their ornate buildings. 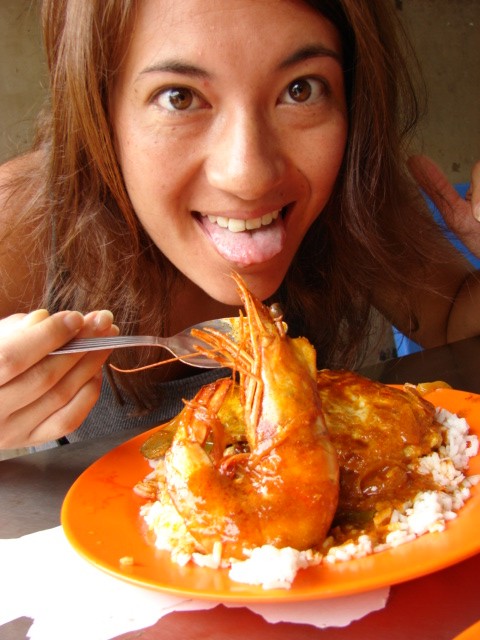 Will you like at the size of these shrimps? By: Emma Kwee

Penang is a state loved by Malaysians not only for its unique atmosphere, but also for it’s scrumptious fare. Penang Laksa, Char Koay Teow, Cendol and Nasi Kanda, unique Eurasian dishes such as Devilled Curry are amongst some of the many reasons to visit Penang.

The seafood seems to grow larger than anywhere else in the world and will give you enough stamina to explore all of Penang’s attractions.

In conclusion, Penang is utterly laid-back and has something to offer for everyone: cultural sights, beach life and fantastic food!