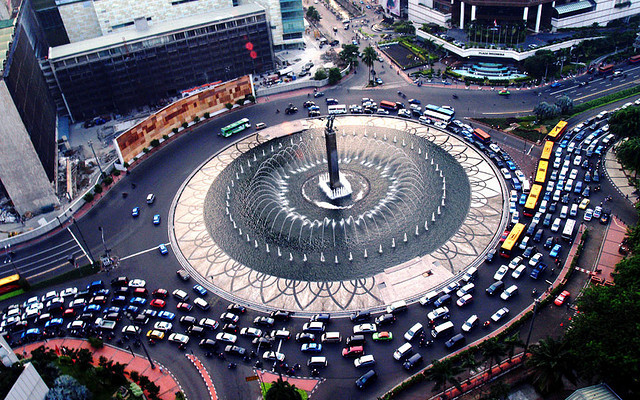 Jakarta is one of the world’s busiest, largest and most populous cities. The Indonesian capital is ranked as the 9th largest city and 13th most populous city in the world. As the center of governance and business, the city attracts more and more people (Indonesians as well as expats). Indonesians come to Jakarta in search of better education, work and above all luck. Expats mostly for the latter two. Adding to the estimated 10-15 million people, this is not without consequence. The traffic is pure mayhem and living costs soar. 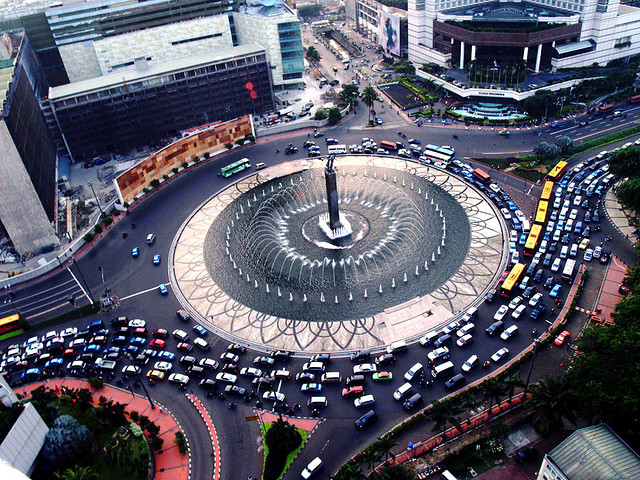 Jakarta can have you spinning in circles, By: Bonita Suraputra

For expats, renting an apartment is probably the most convenient way of living in Jakarta. The city’s property sector has been growing rapidly throughout the past decade, as the need for strategic-located housing increased. Traffic jams have also contributed to this rapid boom. Traffic jams eat time, money and patience, so location becomes even more important when you want to settle down in Jakarta. If you work in the business district, be sure to find housing in the vicinity, or with good access to and from the toll road.

Apartments are considered expensive in Jakarta. An apartment differs from a flat (rumah susun). Flats in Jakarta are relatively smaller and less convenient than apartments. They are mostly occupied by long time residing Indonesian families and rarely offer any space. Almost all expatriates in Jakarta live in an apartment. Strategic areas with a lot of apartments on offer are Kuningan, Cilandak, Pondok Indah, Thamrin and Tanjung Duren. 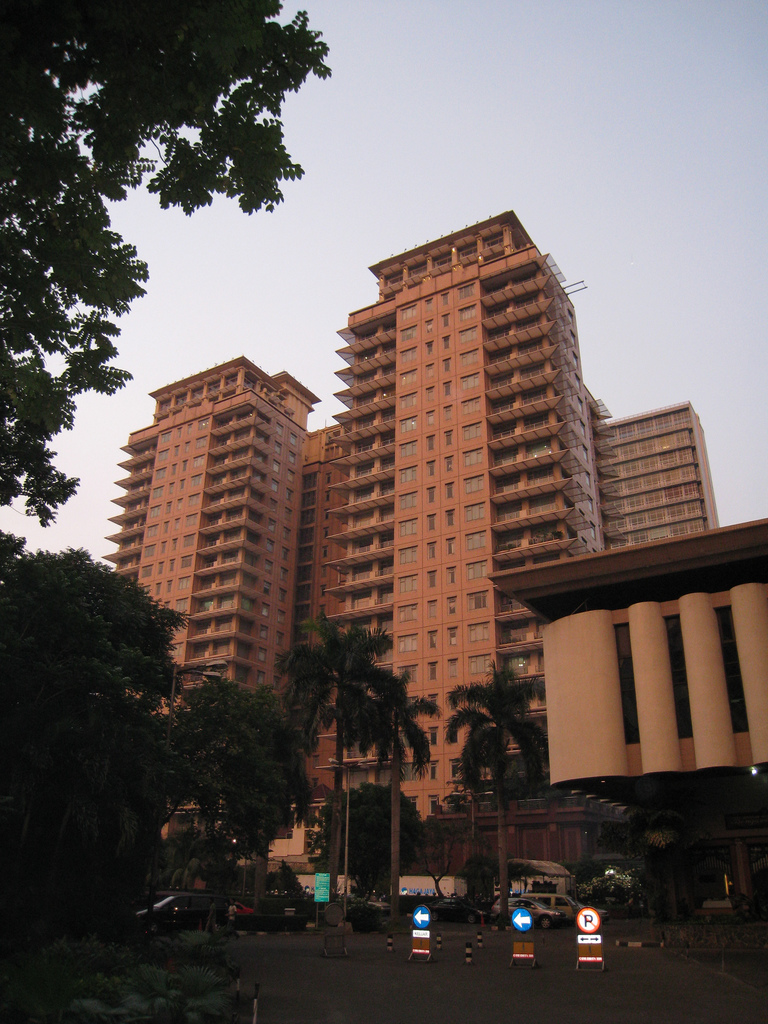 A typical apartment block in Jakarta, By: Andrew Kippen

Don’t have that kind of cash on you? You can always rent a room in a boarding house (like most Indonesians do) called “kos-kosan”. These boarding houses vary widely in terms of the luxury and facilities. There are minimal types which just consist of a small room without air condition, that go for as little as Rp. 300.000 – 500.000 (around USD 30 – 50) per month. But normal rates, including air conditioning and other facilities can range from around Rp. 800.000 – 2.000.000 (USD 80 – 200), once again depending on the room and location. Boarding houses are almost available in every part of Jakarta.

A new model attracts the attention

Motorcycles are Indonesia’s most common means of transport. It’s cheaper and more efficient, provided you know the way. In big cities, motorcycles are often used to avoid traffic. But as the years went by, motorcycles grew rapidly in numbers so these days many people say traffic is CAUSED by motorcycles. There are many types of motorcycles in Indonesia like dual-sports, sport bikes, scooters and the most famous “bebek” motorcycle known as an underbone motorcycle in English. In Indonesia, it is better to buy a smaller, compact, light and easy handling motorcycle. Small motorcycles like bebek and scooters cost around Rp. 12.000.000 – 15.000.000 (around USD 1200 – 1500). While bigger motorcycles like dual sports or sport bikes can cost double or more. 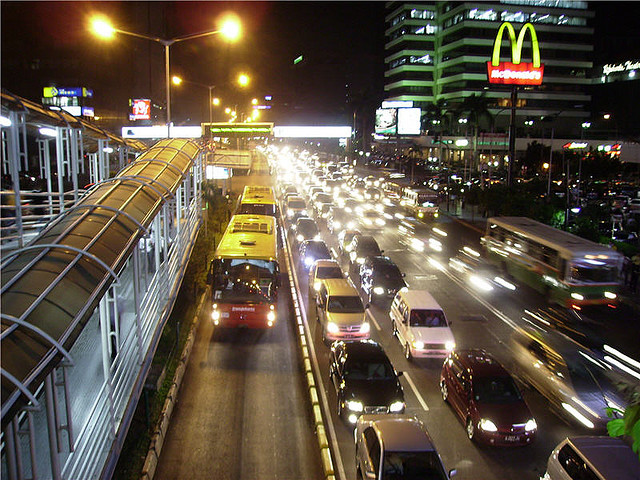 The busway in front of Sarinah, Jakarta, By: Basibanget

Transjakarta is Indonesia’s first Bus Rapid Transport (BRT). Transjakarta’s routes covers almost all major points in the city, so it has become a much used means of transportation. However, it will be very crowded during rush hours and long queues are a daily occurrence. At least it’s cheap. Tickets cost Rp. 3.500 (around USD 0.35) for a one way ride.

Taxis are also abundant and a good alternative when getting around in Jakarta. But you might want to stick with the most qualified taxis, since there are some dodgy taxi companies that charge more while the driver doesn’t even know where he’s going. The taxi fare is usually, around Rp. 20.000 – 50.000 (around USD 2 – 5) within city limits, but can cost up to 150.000 (around USD 15) for longer routes, such as from the airport to the city center.

Another convenient means of transport in Jakarta is the motorcycle taxi called “ojek” in Indonesian language. Ojek have unfixed prices, so you need to negotiate with the driver before you hop on. Typically, a 10 minute ride should be around Rp. 10.000-15.000. 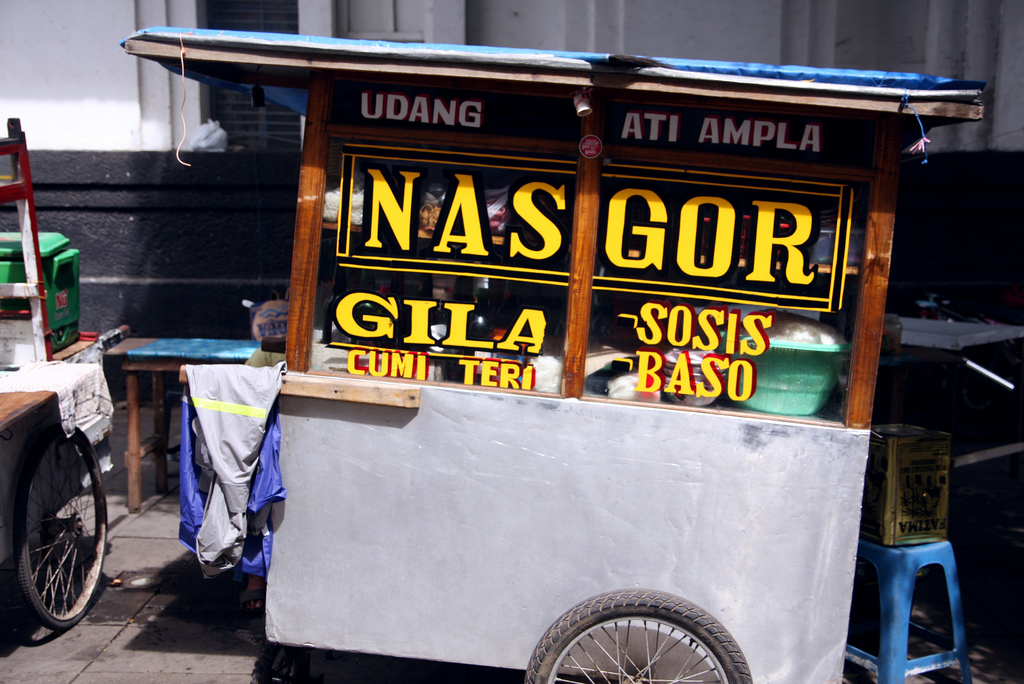 What would Jakarta be without nasi goreng, By: Azlan DuPree

Indonesia is famed for its culinary diversity. An advantage of the huge influx of immigrants is that you can taste all the archipelago’s cuisines in one city. You can either grab a meal at a street hawkers or try out the innumerable restaurants. Street vendors or hawkers are abundant in Jakarta. They sell various meals, such as chicken noodles (mie ayam), satay (sate), fried rice (nasi goreng), fried fish dumplings and tofu (batagor), steamed fish dumplings (siomay), vegetables with peanut sauce (gado-gado) and many more. You can enjoy these delicious meals for around Rp. 5.000 – 10.000 (around USD 0.5 – 1). Restaurants can often be found in malls (food courts are a great way to savor the rainbow). It will obviously cost more in eating a restaurant rather than eating at a street vendor’s. Typically a plate of nasi goreng in a diner should set you back around Rp. 20.000 – 50.000 (around USD 2 – 5). Fancier restaurants that provide gourmet food with all the trimmings will charge Rp. 100.000 – 250.000 (around USD 10 – 25) per dish. 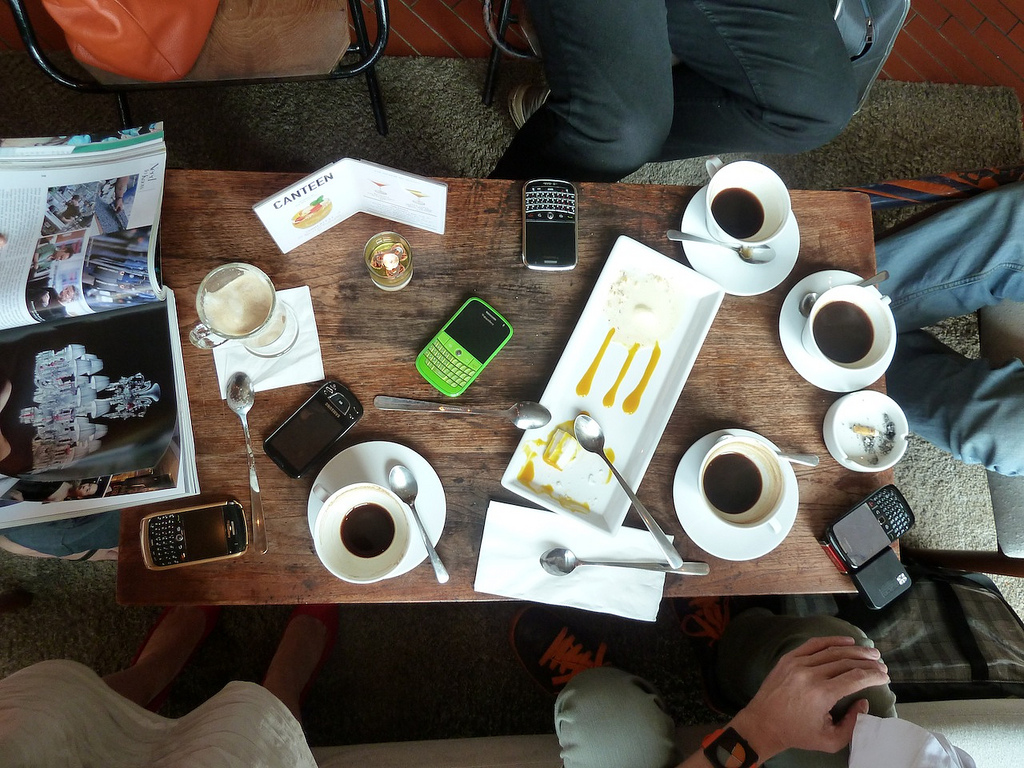 Whatever you do, don't forget your hp ('handphone'), By: Yasmina Haryono 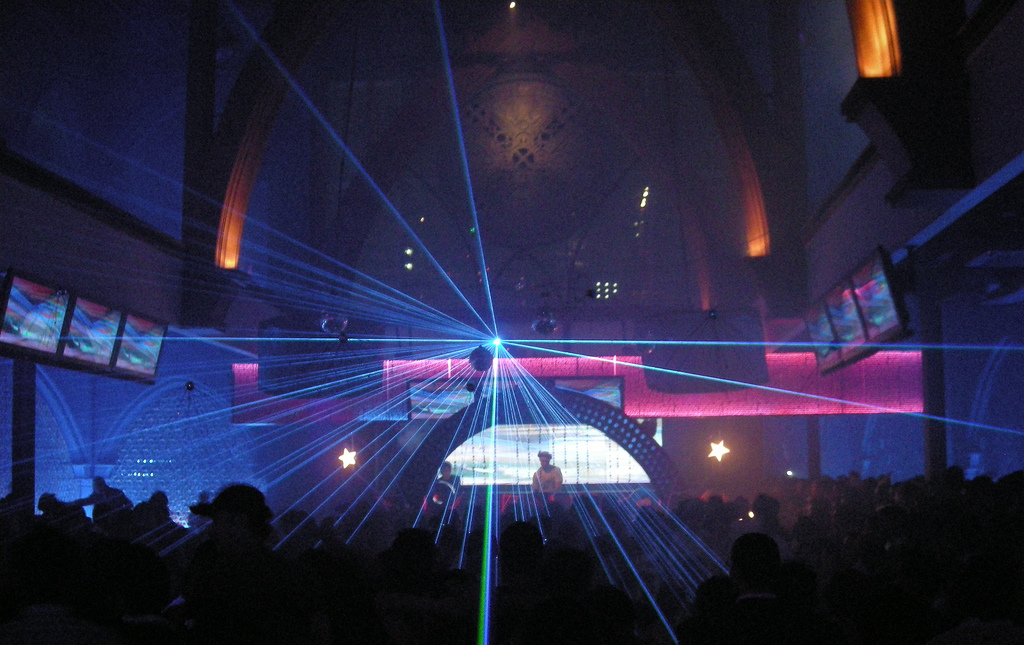 X2 Nightclub in Jakarta filled to the brim, By: Rollan Budi

The cinemas here are also mostly located in malls. Watching movies in Jakarta is a very cheap way to keep yourself occupied, at only Rp. 15.000 (around USD 1.5) on weekdays and Rp. 35.000 (around USD 3.5) on Fridays and weekends. State of the art, plush Blitz Megaplex offers comfy seats, big screens, surround sound and some English subtitled films.

Living in Jakarta can at times be frustrating, with the congested traffic, the lack of green and huge distances one needs to cover. But there are advantages too: there are many things to explore, see, hear and to eat! If you want to survive in and explore Jakarta, a little patience and a whole lot of positivity can be very useful along the way. Enjoy Jakarta!