Introduction to the Philippines 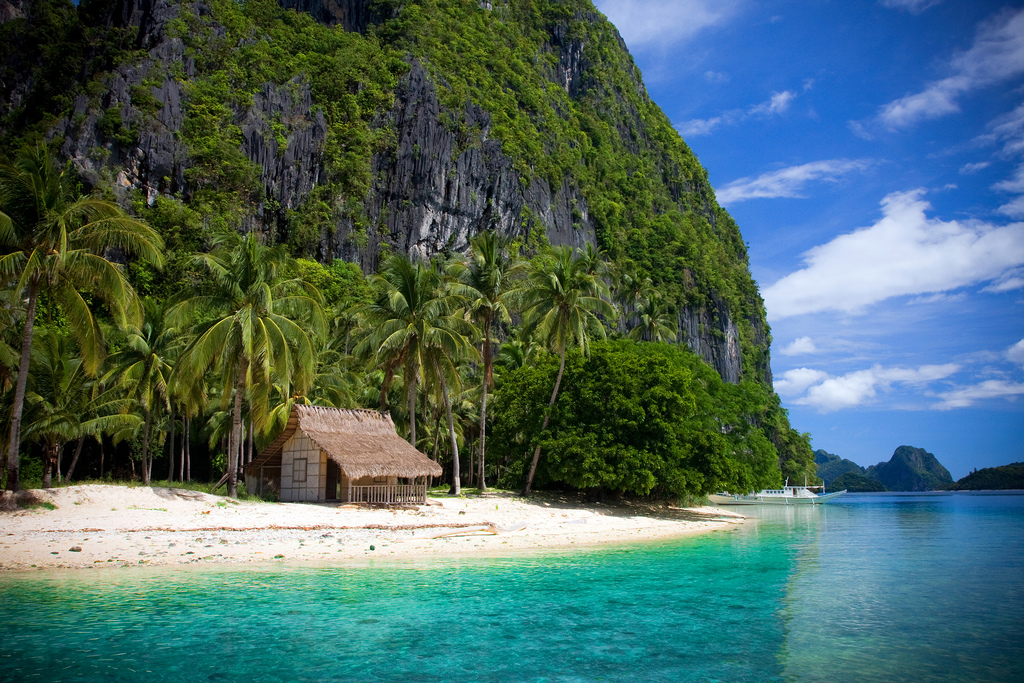 El Nido Bay in the Palawan Island, a stunning conservation-minded resort for holidaying

Philippines or the Republic of the Philippines, as it is officially known, is a country located in Southeast Asia in west Pacific Ocean. It is an archipelago that has 7,107 islands. Its capital is Metro Manila; interestingly, it is the only Christian region in Southeast Asia.

The country has three major islands; Luzon, Visayas, and Mindanao. In the north across Luzon strait is Taiwan; in its West across the Celebes Sea lies Vietnam. The Sulu Sea, which is located in the southwest sits across Borneo.

Being a tropical country, it enjoys a tropical climate, with the occassional torrential downpour or even cyclones. The archipelago is endowed with abundance in flora and fauna, making it a perfect nature-trip respite. When you get to the Philippines, these are some of the highlights: 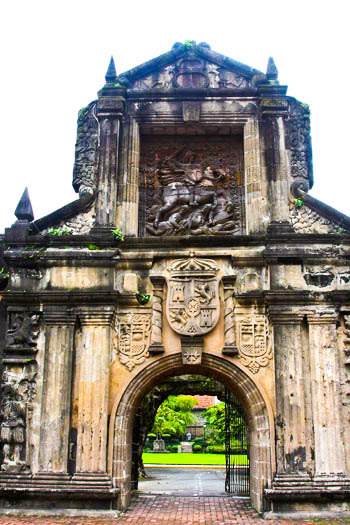 Intramuros, one of the oldest cities in Metro Manila, built in the 16th century by the Spaniards

1. Intramuros  – if you wish to get acquainted with the country’s history, then you have to take a round in this place. It is one of the oldest cities in Metro Manila, built in the 16th century by the Spaniards during their occupation of the country.  Intramuros literally means “walled city,” this was done to protect the area from attacks and invasion.

2. Palawan –Palawan is popular for its sugar-white colored coastline and highly preserved wildlife. The place is a home to a couple UNESCO (United Nations Educational, Scientific and Cultural Organization) Heritage Sites: in 1993, the Tubbataha Reef Marine Park that houses a high density of marine species , including turtles, and serves as a nesting place for exotic birds. And in 1999, the Puerto-Prinsesa Subterranean River National Park, featuring a large limestone karst landscape and an underground river.

3. Tagaytay City – one of the most popular summer destination in the country because of its cool climate. From Manila, Tagaytay covers an hour and half trip. The area provides a panaromic view of the Taal Lake (a lake within an island within a lake) and volcano.

4. Cebu – the most ideal time to get lost to this place is in the month of January when the Sinulog Festival has everyone up and smiling about. Sinulog happens during the feast day of Sto. Niño de Cebu (The Child Jesus of Cebu). The place is also highly popular for roast pig or lechon; people in the Philippines (Filipinos) look up to Cebu for a lechon meal.

5. Chocolate Hills –  located in Bohol Province in the island of Visayas, Chocolate Hills is a rare geographical formation; around 1,776 hills are spread over an area of 50 square kilometers. Recently, this site had been declared as the country’s third National Geological Monument. Moreover, Bohol is also the home of the smallest primate in the world – the Tarsiers. 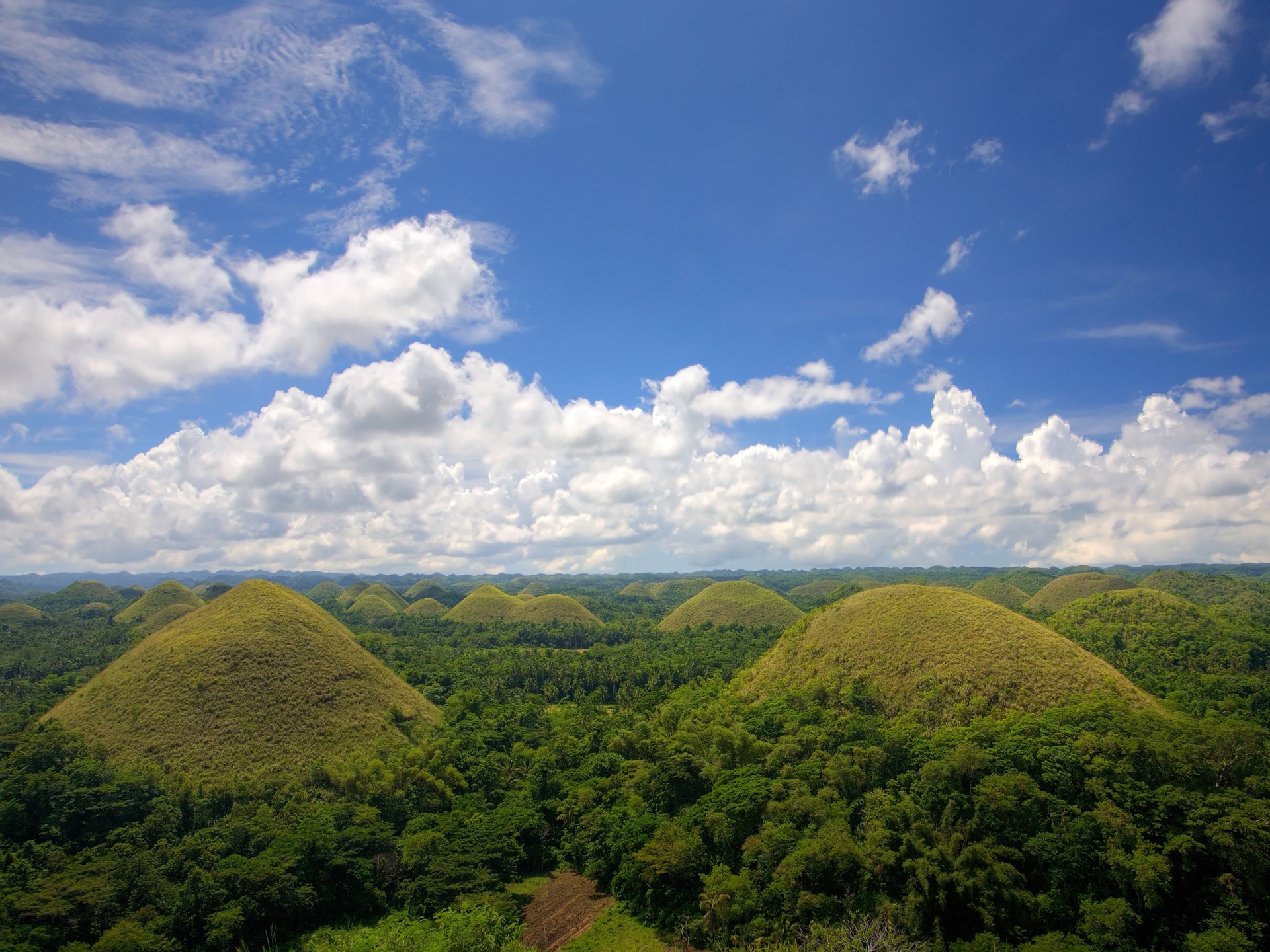 Chocolate Hills in the Bohol Province, a rare landscape that became one of Phillipines' Geological Monuments

6. Davao City – the third largest city the country, Davao City provides the best of both worlds; blending the urban lifestyle with the harmonious balance of nature. It is the sanctuary of the country’s national bird, the Philippine Eagle (also known as the monkey-eating eagle) which is also one of the rarest, largest,  and the most powerful birds in the world. It is only in this place where one can find Durian, an exotic fruit.

7. Samal Island– just about 45 minutes away from Davao City, one can embrace the beaches of Samal Island. The island boasts a stretch of white shorelines and crystal blue waters.  This place has also gained popularity as a hub for underwater macro photography with its abundance in marine wildlife.

8. Aliwagwag Falls – located in Cateel,  Davao Oriental, the falls is regarded as one of the most beautiful in the country with 84 falls ranging from 6 to 110 feet. Aliwagwag stands 1, 110 feet and 20 meters in width. It’s grandeur becomes the highlight of the virgin forest where it is located.

To close this short introduction to the Philippines, below is a YouTube video of this year’s Sinulog Festival in Cebu: