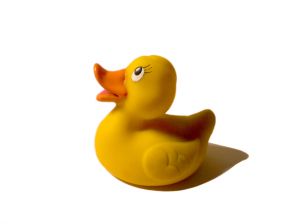 Have you showered, eaten and married yet?

These three questions must rank in the top five of daily inquiries in Indonesia. Wherever you go, whether you know the person in question or not, at a certain point he or she will ask:’Sudah makan?’ Have you eaten yet? This question signifies the nation’s obsession with food. Concern over one’s rumbling stomach is considered polite and a negative response will almost always lead to an invitation, but in the very least to an encouragement ‘Ayo, makan!’ Come on, eat!

If you yourself are eating and someone, not neccesarily someone you know walks up, it is polite to encourage that person to join in (something they will rarely do).

Another question you might often hear, especially when meetingnnew people, is: ‘sudah menikah?’ Are you married yet? Closely related to that question isnthe follow up:’Sudah berkeluarga’ Have you started a family yet? These two question reveal some of the main goals in life, getting married and having children. As a predominantly islamic country, living together or (for heavens sake) having children without being married, is frowned upon. As a bule (foreigner) you are surely forgiven, but as an Indonesian this is simply not done.

Now the last question puzzles me the most. ‘Sudah mandi?’ Have you showered yet, is often asked several times a day. For example, when younhave just rolled out of bed and stumble into your host, all sleepy eyed and, quite clearly, not fresh out of the shower. A negative answer, which by the way is mostly put in the form of ‘belum’ not yet, instead of ‘tidak’ no, is often greeted with a disgusted look, as if you’re a turd on legs.

In Indonesia cleanliness is most definitely close to godliness. People tend to shower two to three times a day. Granted, in the hot weather nothing feels nicer than pouring buckets of cold water over yourself. ‘Wet is clean’ as you will also notice from the constantly flooded bathrooms and toilets. Word of advice, use the small plastic bucket to scoop water from the big tiled bassin (the bak mandi), don’t attempt to climb into the bassin because you are likely to get stuck and be the laughing stock of the whole household.