By: John McCarthy and Zahari Zen 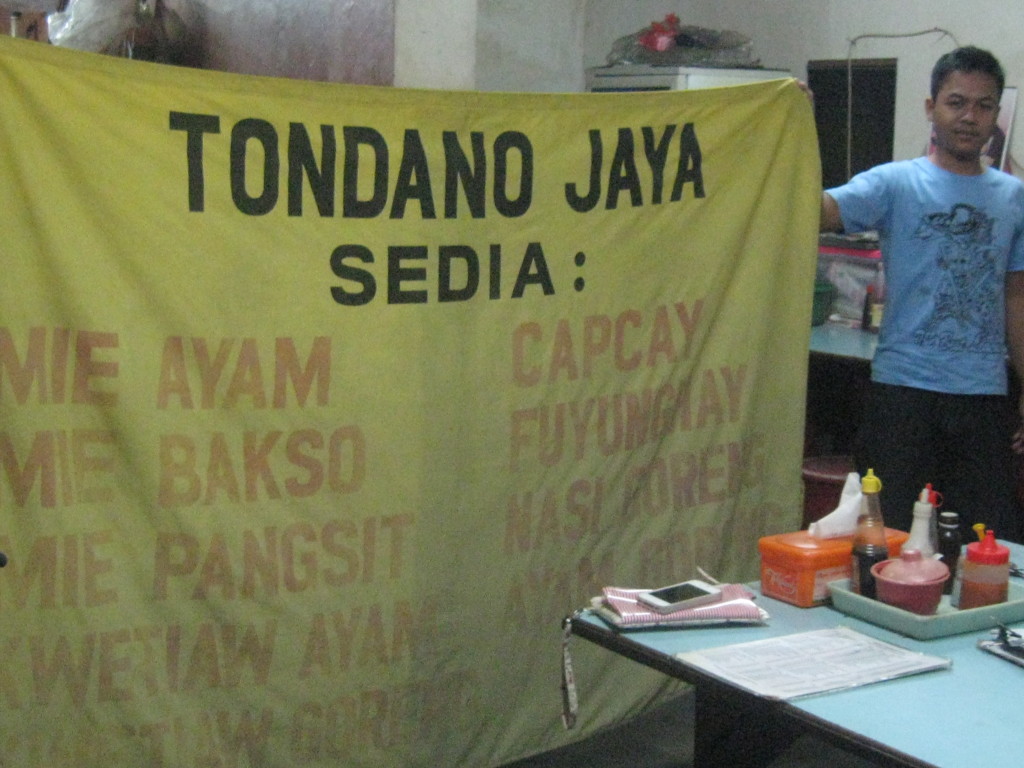 It takes an act of imagination for a visitor in downtown Jakarta to conceive that food security might be an issue for this nation. To be sure, an older taxi driver or waiter might tell stories of a childhood blighted by the need to cut back on food. But for many in the nation’s capital, this is history.

Indonesia is a middle-income country. A pedestrian on Jalan Sudirman is more likely to worry about which model of mobile phone to buy than where her next meal comes from. As the percentage of GDP derived from farming shrinks, Indonesia is becoming less agrarian. Older anthropologists tell of returning to the Javanese villages where they studied poverty thirty years ago to find village houses complete with satellite dishes and newly tiled floors. So the happy story goes.

But economic growth is highly uneven. According to the World Bank 46 per cent of Indonesians live on less than $2 a day. Seventy per cent of the poor live in rural areas. For these people fluctuations in food or fuel prices can be very serious. While rates of undernourishment have fallen, according to the Food and Agriculture Organisation (FAO), nearly 20 million Indonesians are still malnourished. Twenty-eight per cent of Indonesia’s children are underweight and 42 per cent suffer from stunted growth.New threats continue to emerge. In 2008-9 global food prices fluctuated. Extreme climate events now occur more often, damaging crops and especially effecting farmers eking out a meagre existence on very small plots of land, many in drier and more vulnerable parts of the country. Newspapers carry stories of floods, pest infestations or the late arrival of the wet season, telling of inevitable crop failures. If it ever went away, the old nightmare of food security has returned.

Food security is also a highly politicised problem. Depending upon how policy makers handle this issue, a government can rise or fall. Sukarno lost power in a period when food was difficult for many to purchase. Suharto, aware of this issue, made his proudest achievement that of national self-sufficiency in rice. His own downfall occurred with people rushing to buy food in stores running out of rice and cooking oil as prices spiralled with the 1997 Asian economic crisis.

One problem is the confusion in terms: food security, food self-sufficiency and food sovereignty are different things, but all get conflated in a simplified debate. Indonesia’s self-sufficiency in rice is a matter of national prestige. But while a country can be successful in terms of producing its own food, achieving food security can be difficult. The food produced is too expensive, leaving poor households vulnerable. Today, even in rural areas, the majority of people are net food buyers. This is why the poor tend to be vulnerable to price fluctuations and any measure involving price hikes has immense risks.

If food is expensive, poor households have to cope. They eat cheaper, less nutritious food. Instant noodles substitute for proper meals. If they can, they go fishing. They take up sand mining in the river or illegal logging in the hills to supplement wages. The women collect wild fern leaves in the forest behind the village for a side dish alongside the rice. Or, if they have any hope of returning what they borrow, they seek help from a relative or neighbour. If it comes down to it, they cut down on the number of cups of rice in the family rice pot, and eat meals without any protein at all.

The World Food Programme suggests that the landless workers and families depending on subsistence farming are the most insecure. Yet, food insecurity is not all of one type. In Java and Sumatra food insecure households tend to depend on farming and small-scale trading. In the rice lands, unless they can find enough work outside their own farm or by migrating into the big cities during the off-season, the owners of small plots of land may still be food insecure because they simply cannot produce enough rice from their tiny plots to eat and to sell.

Sharecroppers might keep only a third of their rice harvest – after they meet production costs and pay another third of the harvest in rent to the landowner. In some parts of Indonesia sharecroppers are vulnerable to the ‘hunger season’, the period prior to each rice harvest. Usually this is a temporary problem. But it could prove critical if a harvest fails or a family member falls sick. This is why activists in Sumatra and Java call for land reform. Yet, land is a difficult topic politically. For now, policy focuses are on improving social safety nets, providing subsidised rice and improving health care for the poor.

The food insecure in Nusa Tenggara are largely dry land farmers. Here corn and other root crops are critical to family diets. Most farmers own land and have as much as they can manage. While this helps greatly, farmers face climate variability, poor soils, and live in a state of rural underdevelopment. One size does not fit all: policy approaches need to be tailored to fit local contexts.

Indonesian analysts argue over policies to liberalise agriculture. Some economists might assert that a country should pursue its comparative advantage, importing what it cannot produce cheaply and exporting what it can. Advocates of market approaches argue that the market needs to be opened up so that a country can import at cheap prices when its own production fails. Yet the issue is not so simple.

Indonesia opened its markets and began to import more soybeans from the US where farmers in the mid-west can produce on a large scale at a lower price. With the opening of the soybean market, Indonesian farmers struggled to compete and slowly disappeared. But then US farmers responded to US government incentives to turn their soybean fields over to growing corn for biofuel. Demand for soybeans in China also grew. Production fell and the global price spiked. In Indonesia the price of tempeh and tahu, staples of the poor, rose. For some time tahu fell off the menu of the poor. When soybean prices peaked on international markets, the Indonesian government could not push domestic producers to immediately take up soybean farming as this capacity had largely disappeared with the opening of domestic markets.

Rice, the food of the poor, is the most politically charged commodity. The problem is that rice remains a ‘thinly’ traded commodity – most countries grow what they eat and only five per cent of global production is traded across borders. While Indonesia remains a major rice buyer, many worry that it depends too much on international rice markets. When national production falls, or global prices rise, the poor can be hit. To avoid this, the national government can use BULOG – the national agency responsible for food distribution and price control – to buy up rice in advance from farmers or to import it. This enables the government to build up sufficient stocks to fill the gap and protect the country from volatile world prices or low production. BULOG can also buy up rice from farmers to maintain prices at levels that keep rice farmers producing.

Many are critical of the effect of liberalisation policies on BULOG. Mired in scandal, the agency changed from a non-profit institution into a profit seeking state company. Critics argue that BULOG has offered prices to farmers at the village level that are lower than the rice prices provided by traders and rice mills. As BULOG withdrew from its former role, these small-scale rice traders gained power to speculate in village rice markets. They offer rice farmers a low price at harvest time – when the market is flooded with newly harvested rice and farmers have to pay their debts, even as the price of rice for consumers remains high. Meanwhile BULOG struggles to meet its targets for a domestic grain reserve. Instead, BULOG may import large amounts of rice at cheaper prices, selling it on at higher prices, and making a significant profit.

Critics argue against opening up Indonesia’s markets. There is a fear that cheap imports will undercut the livelihoods of farmers and national production. Food, they argue, is an issue just too critical to be left to market forces. At the same time protectionist policies face trenchant criticism. If policy makers close the domestic market and use high prices to guarantee that rice farmers continue to grow specific commodities, they support national food self-sufficiency. But, they create suffering among the poor. Higher prices affect household food security.

As an alternative, the Indonesian state can invest more in increasing production – improving access to inputs, agricultural extension and improving irrigation infrastructure. This way, Indonesia needs to buy less rice and other foods on international markets without raising prices. In the view of some, modest protection of domestic markets is justified to stop trade dumping and to stabilise production. However, others argue that too much protection of domestic markets and the application of generous subsidies will lead to inefficiencies and rent seeking, for instance stimulating the smuggling of cheap rice across Indonesia’s porous borders. Truly wise policy making is a delicate balancing act.

Once again rice prices are falling on world markets, and the concern is that this will further impact rice producers. Many farmers are squeezed at both ends. With the withdrawal of effective agricultural supports in many areas, inputs and high quality seedlings have become difficult to obtain, while the price at the farm gate remains low. As it is better to produce something else, farmers in Sumatra are replanting their rice fields with oil palm. But all is not well even for small-scale oil palm producers: those using poor quality seedlings or unable to afford the high cost of fertilisers and other inputs face difficulties buying food for themselves with such low returns.

Indonesia needs to develop a more effective agrarian policy. Efforts to increase the yield of subsistence crops offer substantial promise. Researchers can suggest several important innovations outside of the politically stifling food security debate for this purpose. Support for subsistence farmers can be rebuilt through local governments, especially in remote areas, and with a focus on assisting the most vulnerable. Irrigation systems can be reconstructed. Land reform may have failed to gain policy traction, but it remains highly relevant. Land policies can protect farmers from large scale ‘land grabbing’ by timber and oil palm plantations or food estates.

In the long term more activist approaches may be required. These involve taking up transformative policies that in various ways move the poor from vulnerability and dependency into productive livelihoods, thereby reducing chronic poverty. This entails changing the social, political and economic contexts that generate risk – addressing the very problems that lead to insecurity and vulnerability for poor households.