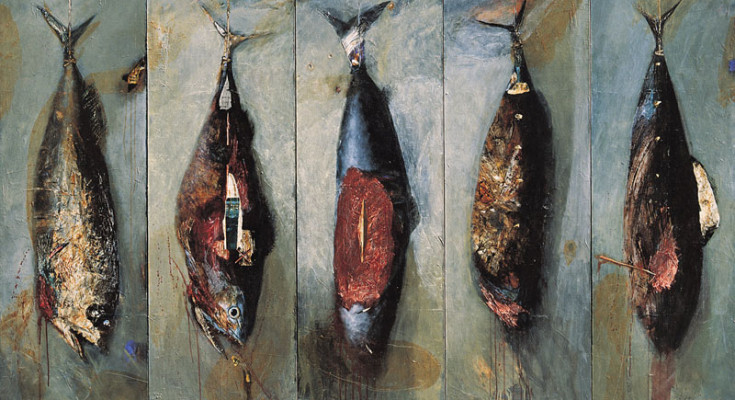 What is contemporary Indonesian art?

While politics has dominated the foreground of Indonesian art, the country’s contemporary art world faces a struggle between art’s engagement with society and the forces of commercialisation. 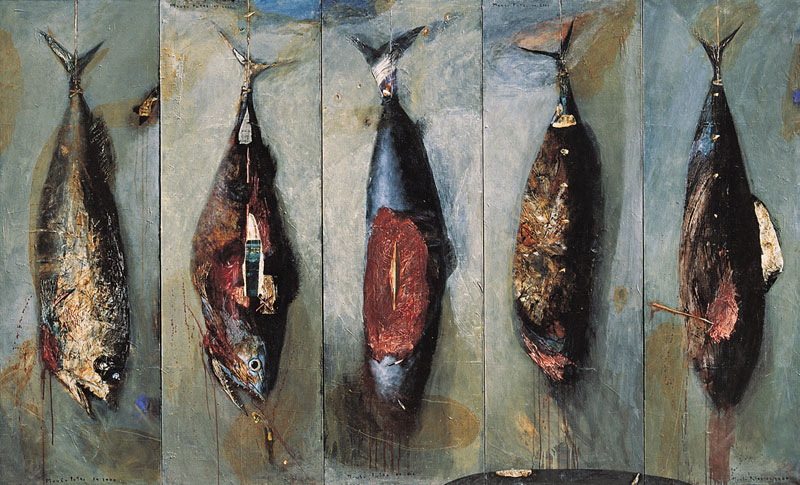 During the Suharto era, the role of artists was clear: to oppose the regime, through irony and satire, and through undermining official cultural discourse. This motivation shaped the public face of art, from the Gerakan Seni Rupa Baru (New Art Movement) of 1975, to the dramatic challenges of Semsar Siahaan in the 1980s and early 1990s, to the youthful radicalism of the Taring Padi (Fang of the Rice-plant) collective in the late 1990s. Many of these anti-regimist stances also posed challenges to the art establishment. Strictly speaking such works belong to a modernist trajectory; they were an avant-garde radically redefining art.

This collection of articles, edited by by Hawe Setiawan (from the Bandung Institute of Technology and Pasundan University) and Julian Millie (Monash University), brings together the diverse, heterogeneous and sometimes contradictory narratives of Indonesian contemporary art. The articles show that the radical political stream of art, while still present in Indonesia, vies with a variety of ‘ethnic’, religious and economic imperatives to shape the current contemporary art scene.

Radical politics is by no means the sole narrative explaining the current state of Indonesian art. Alongside the works of political activists such as the New Art Movement, Semsar and Taring Padi, the mainstream of Indonesian art has long had a strong line of abstract and abstract expressionist art. This art was a feature of the Bandung school based around the Bandung Institute of Technology (ITB), and was promoted by the US as part of the Cold War struggle against leftist realism, once a hallmark of Yogyakarta’s art school (now Institut Seni Indonesia, ISI).

A range of localised art forms is found outside these two streams of national art history, the oppositional and the abstract expressionist. Bali provides the location for the most complex and the most famous examples of such localised art. On Bali, the designation ‘traditional’ covers the art of Kamasan village, in Klungkung district, which continues a form of wayang painting that goes back at least to the ancient kingdoms of East Java. Alongside this variety of wayang-based art are forms of art that were ‘modern’ in the 1930s, but have become conventionalised as tourist art over the last four decades.

In their contributions to this issue Ari Adriansyah and Kevin Murray draw attention to the intimate connections between ‘folk’ and ‘high’ art in the contemporary scene. The art of Jelekong village in West Java might easily be labelled as ‘tourist’ work, but like that of the artists of Ubud, Bali, it provides an ongoing and important background to more contemporary work.

Besides performance arts, other regions have strong traditions of carving, weaving and batik. These various forms include the varieties of ‘folk’ or village-based art, such as the woven grass wayang puppets of East Java. Jim Supangkat has labelled these arts as ‘ethnic’, demonstrating that it is difficult to position them within a linear history of national art. Religious art has a similarly difficult position in relation to that history. Artists such as Pirous have taken Islamic styles of ‘decorative’ art and entered them into the mainstream of Indonesian painting.

Hawe Setiawan’s example of Budi Brahmantyo’s work reminds us that there is not a single linear narrative of Indonesian art. Brahmantyo’s landscapes are not the product of art school romanticism, but come out of a line of ‘technical’ art that stretches back to the illustrator and photographer Mas Pirngadi.

Such ‘technical’ concerns also shape the work of contemporary painters such as Nyoman Sani, whose work began from fashion design, or Mangu Putra, who moved from advertising to art. While the exhibition of Islamic art discussed by Viriginia Hooker is firmly located in the mainstream of Indonesian art, it demonstrates that different visual traditions continue to provide alternative streams of art.

Nyoman Sani, besides being a leading artist working on the critique of the female image, also heads Bali’s art collective, Seniwati. This collective was originally founded by the expatriate Mary Northmore to balance out the heavy male dominance in the Indonesian art world. Wulan Dirgantoro’s article on Titarubi presents another challenge to that male dominance, reminding us, as with the Islamic artists documented by Hooker, that there are different and subtle ways to push the boundaries of art.

The plethora of national modernist and ethnic traditional arts exists largely outside any kind of institutional structure. The art institutes, pre-eminently ITB (Bandung), ISI (Yogyakarta) and IKJ (Jakarta), are the primary sites for teaching and networking, and for launching the careers of leading artists. But there is just as much activity taking place outside these institutions, evident especially in the development of new artistic directions since the fall of Suharto. 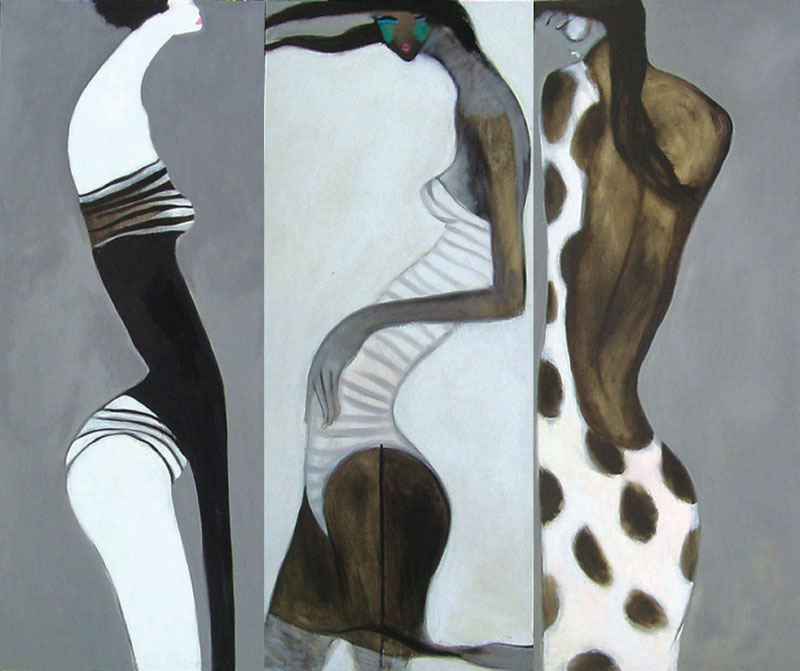 Despite the existence of the art institutes, Indonesian artists must operate without the kinds of state grant schemes that are important for Western artists. In addition, there is no national art collection around which to frame Indonesian art history. These twin vacuums are filled by private patronage and private collections, with the result that many works are removed from public space, and can only be viewed if they happen to be reproduced in the expensive display books that private collectors sponsor.

These vacuums have also contributed to the creation of an art world that is highly-commercialised, where, with some notable exceptions, collectors act as a conservative force, steering the work of artists in the direction of paintings, particularly large and vibrantly coloured works. In the wake of the global popularity of Chinese art, Indonesian art is increasingly featuring in the auctions of Singapore, Hong Kong, and further afield, with speculators driving the prices to previously unimaginable levels. One of Nyoman Masriadi’s works was the first to sell for a million dollar price tag, in 2008.

The commercial tendency towards painting is at odds with the desire in contemporary art to explore new media. During the days of oppositional art, even conventional artists became involved in forms of performance art. Larger and more complex installations and performances developed during the 1990s, some merging directly with public protests, or attempting to link up with folk arts.

In the early 2000s, video became an important way to extend the possibilities of performances and installations. However it is difficult to sell performances and videos at auction, so many artists have had to choose between pursuing the radical possibilities of their art and making a comfortable living, something that is a reality for Indonesia’s current crop of top artists.

The hegemony of art auctions also highlights the ‘star’ status of individuals, a development inimical to the collective ethos found both in regional traditions and in contemporary art, and championed by groups such as Klinik Taxu, ruangrupa, or Punkasila. Allegations of ‘selling out’ are commonly levelled at some artists and, given the impoverished Bohemian lifestyle of some street artists, it is not hard to see why they might resent contemporaries who now own private jets.

Certainly not everyone has sold out. The examples discussed by Edwin Jurriens demonstrate the persistence of social engagement by Indonesian artists. Here, as in some of his other academic articles, Jurriens traces the lines of descent of video and installation artists. He maps spaces that artists consider to be simultaneously sites of production as well as focal points for projects of social improvement.

Ruangrupa includes many of the leading artists and critics prominent in other parts of the art world, such as Ade Dermawan, and their complex installations in the 2012 Singapore Biennale demonstrated their ability to engage with urban social worlds outside Indonesia. Their depictions of Singapore’s popular culture and social history climaxed in a series of images retelling the rampage of Godzilla, with Singapore replacing Tokyo as the object of his fury!

The debates going on within Indonesian art are an aspect of its globalisation. Aminuddin Siregar’s article captures the sense of polemic and challenge that continues to push the boundaries of the art scene. Like a number of his contemporaries, Siregar (who is more commonly known as Ucok) seeks to give a radical critique of the complacency of the post-Suharto art world, believing that the hegemony of the art auction undermines the potential for radical expression still found in other aspects of cultural production. Such polemics go back at least to the collision of LEKRA (the People’s Art Institute) and Manikebu (the Cultural Manifesto Group) in the early 1960s, but continue to arise in different sites in the art world.

To compound the challenge to conventional art, the sharp rise in prices has seen an accompanying growth in fakery, exposed in a 2012 scandal extensively documented in Tempo magazine.

From local to global

Contemporary creations by artists such as Punkasila’s Danius Kesminas frequently involve ‘artisans’ like the painters of Jelekong. In Punkasila, art is simultaneously localised and globalised. That a non-Indonesian such as Kesminas can be incorporated into the art world is not unusual, given the long cosmopolitan history of Indonesian society. But projects such as Punkasila signal how easily artists move from village-based locales to international biennales and triennials. These movements are stimulated by the increasingly close collaborations between Indonesians and their Southeast Asian contemporaries. Indonesia’s contemporary art scene cannot be reduced to a single trend, but its current diversity reveals undiminished creativity.

Adrian Vickers (adrian.vickers@sydney.edu.au) is currently carrying out research on the histories of modern and contemporary art in Indonesia.