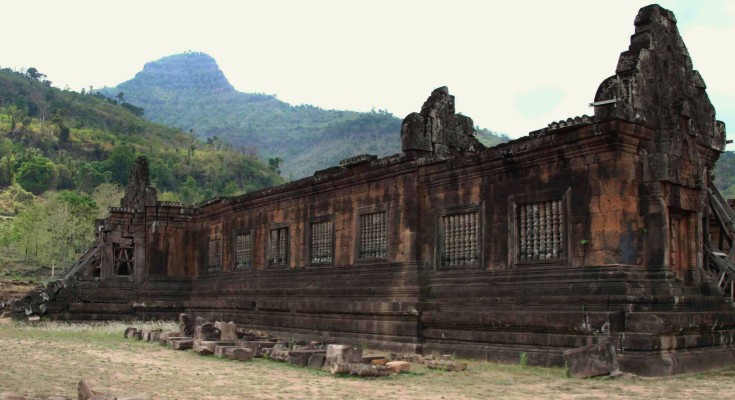 Wat Phu Champasak, an Ancient Journey up a Mountainside

It’s 41 degrees, dusty, dry, no clouds, the midday sun is scorching my head and I can feel it cooking my skin beyond a desirable tan to a crispy burn. On top of this, only sporadic slivers of shade can be found. I stand before the famous temple ruins of Wat Phu, the chief religious monument overlooking the capital of a former kingdom. And all I can think is “Really, is this it? Have I just been duped into visiting some supposedly famous ruins just because they have UNESCO World Heritage status?” Luckily, these sentiments passed with the help of a little cloud cover, and I discovered that Wat Phu is one of the more unique temple ruins I have visited in Southeast Asia.

After arriving in Pakse, the capital of Champasak Province, many travelers soon head off on the relatively short journey to Champasak town and the nearby temple ruins of Wat Phu. While Wat Phu will not blow anyone’s mind who has been to Angkor in Cambodia, visiting the temple complex and Champasak town make for a pleasant one day outing.

Walking Through the Ruins of Wat Phu

Before going to the temple ruins, grab the brochure on the way in and make a short stop at the exhibition hall to read panels describing the different Hindu gods. This will make temple viewing more enjoyable, since you can play “guess which god this is” while looking at statues and relief carvings. 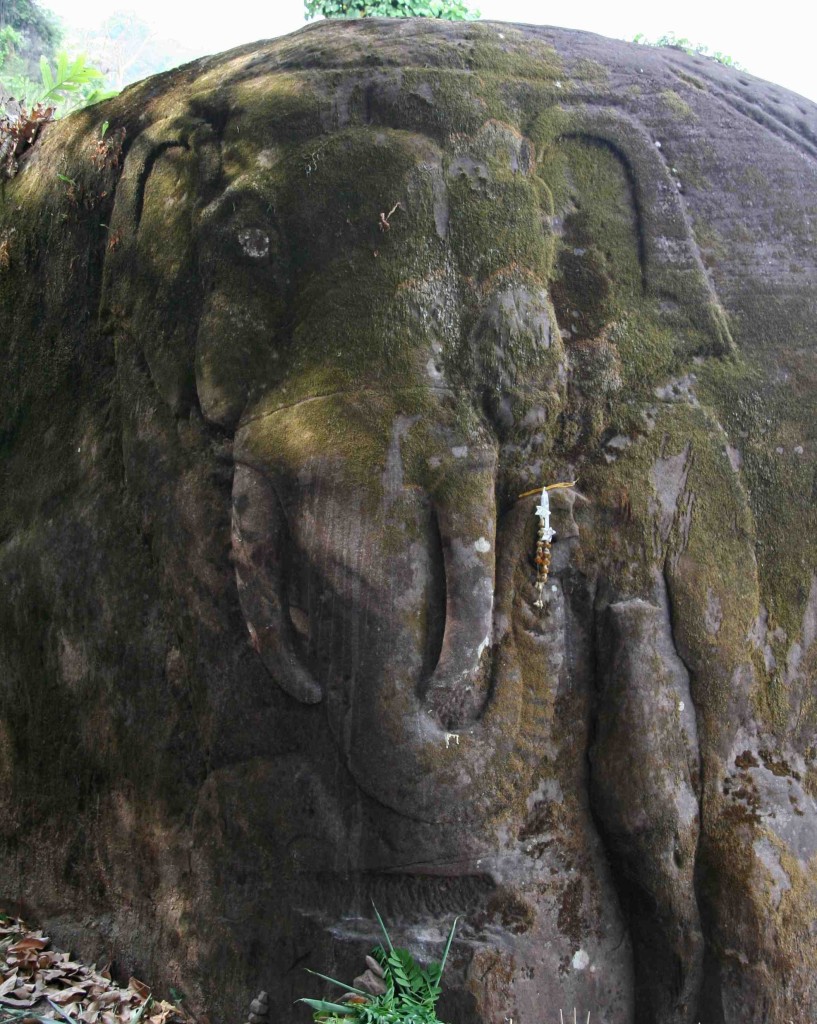 Upon approaching the temple remains, note that the two rectangular ponds in front are in fact man-made reservoirs called barays. The two buildings at the base are nothing spectacular, especially if one has seen other Khmer sites. But don’t give up. As you ascend the mountain side, it gets more interesting.

The temple actually consists of a series of terraces until it reaches the main sanctuary in front of a natural spring at the base of a cliff. The top of the mountain resembles the Hindu eternal and phallic symbol known as a linga. As you climb the stairs, the rewarding view of the temple complex and surrounding plain unfolds. One part of the stairway features two trees forcing the steps to curve inward, making it look as if Salvador Dali and M.C. Escher teamed up to make the scene.

At the base of the mountain sits the main sanctuary with a Buddha statue on the inside. Behind the sanctuary are the ruins of a portico and relief carvings of three Hindu gods (try to guess which ones). Behind the portico at the base of a rock cliff are basins for gathering sacred water flowing off the mountain rocks. Locals collect this water to drink, and it appears clean since it’s coming off a mountain, but drink at your own risk.  Follow the signs next to the sanctuary to the elephant carving. Then, wander around the rock maze trying to find the imprint of a crocodile and Buddha’s foot. Above all, don’t forget to take in the view of the lower temple and the surrounding river plain!

Although not as spectacular as other Khmer ruins, Wat Phu is one of the best temple sites in Lao and is quite unique since it spans up the side of a mountain. The view is worth the walk, and relaxing in Champasak town while sipping an ice cold drink overlooking the Mekong River is the perfect end to a day following the path of a mystical religious site up a mountain.

Getting to Champasak Town

Champasak town can be reached by buying a tourist van ticket from almost any travel agent or hotel in Pakse. Alternatively, one can hop on the local transportation consisting of a covered pickup truck (20,000 kip) at the local market. The trucks only depart when they are stuffed full of food and people, including live chickens. This can be a slow process and the trucks stop often along the way, but if you have the time it’s worth the experience. Don’t worry too much because Champasak town is only about 30 kilometers away, and you can spend your time waiting by chomping down cheap baguettes. Another option is to rent a motorbike (about 60,000 kip per day) and drive down on the paved and open road.

Upon arriving in Champasak town, most people head straight to Wat Phu. In fact, the temple is another ten kilometers from the town. If it’s not an overly hot day, then renting a bicycle is an affordable option. Motorbikes can also be rented by the day (about 75,000 kip, but definitely negotiate). Other forms of transportation can easily be organized at guesthouses.

Upon arriving at the temple, buy tickets  (30,000 kip) at the reception building. It seems that UNESCO World Heritage status has allowed the site to charge a high fee by Lao standards. However, one of the tickets is for the shuttle (15,000 kip) up to the temple. If it’s a cool day, then you might be able to forgo buying this ticket and walk the one kilometer to the temple.

Remember, if it’s the hot season, bring plenty of water and a hat or umbrella to keep the sun off. It will take about one hour to see all of Wat Phu.