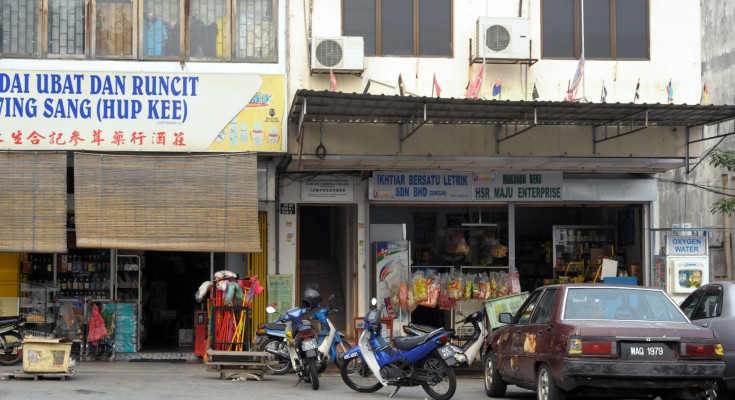 Village of a thousand homes, Kampung Cempaka near Kuala Lumpur

It’s not easy for my taxi driver to find Kampung Cempaka, even with my map and the directions of numerous people. Driving through spaghetti type highways and many newly build neighborhoods, there is no sign of any planning in the area. After we follow another taxi driver, we finally arrive.

Kampung Cempaka is a Chinese shanty town close to upscale Petaling Jaya in Kuala Lumpur. It’s surrounded by modern development. The original settlers were relocated here soon after the 13 May 1969 race riots. They lost loved ones and were given land to resettle. It was the new home for exactly 1000 families.  The early settlers were mostly from the Sai Vooi clan and formed an association. The roads are narrow and houses are built haphazardly. The town houses many little factories, where the business practices of some are cause for concern regarding safety and the environment. Kampung Cempaka still feels like a small town where people know each other. It has kept it roots and identity, amidst a city with impersonal, huge apartment buildings where most people don’t know their neighbors. It makes the city feel impersonal, distant and cool. Here there is a sense of community with just a single karaoke club and a well visited temple.

The village’s official name was derived from the giant magnolia tree that was planted by the sultan of Selangor. Cempaka is Malay for magnolia. It stands just a stone’s throw away from the Yuen Leong Sing Fatt Temple. The temple is home to the Yuen Leong Sing Fatt deity, believed to be the guardian of business interest of which the members of the Sai Vooi clan are staunch followers. During the day it’s a popular meeting point for the elderly where they can catch up on the latest gossip. 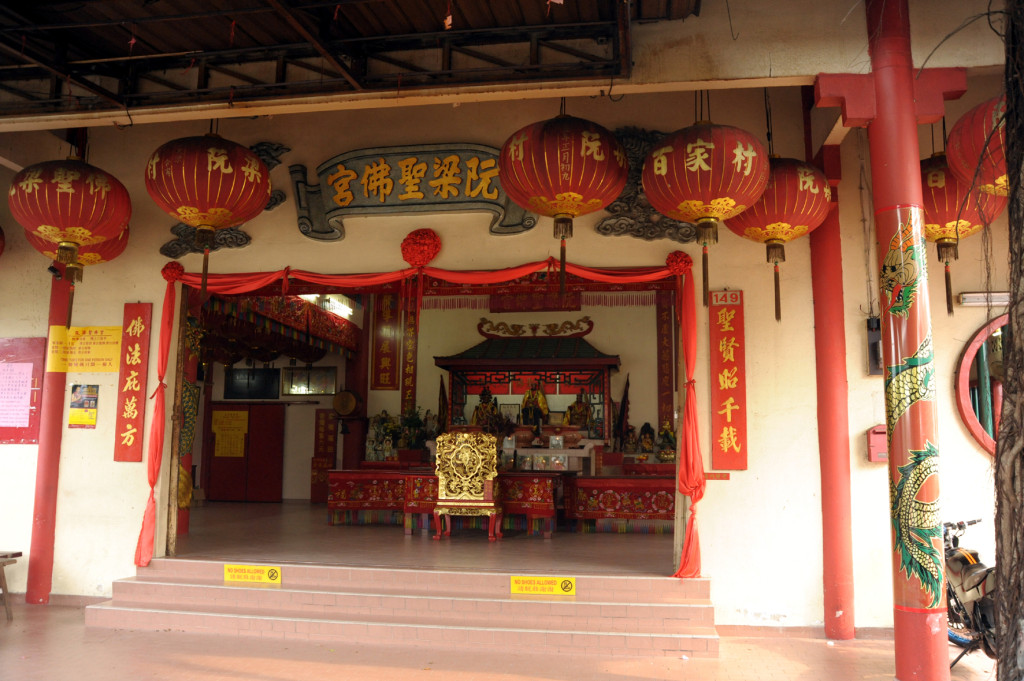 On weekdays many people visit the temple to seek blessings. The temple also organizes an annual Chinese New Year treat in the form of goodie bags for 300 needy senior citizens. One of the branches of the tree next to the temple has a strong likeness to the trunk of Lord Ganesha, the Indian God, as Loke, who is the temple medium, tells me. Opposite the temple youngsters are playing basketball. The place looks peaceful and relaxed. 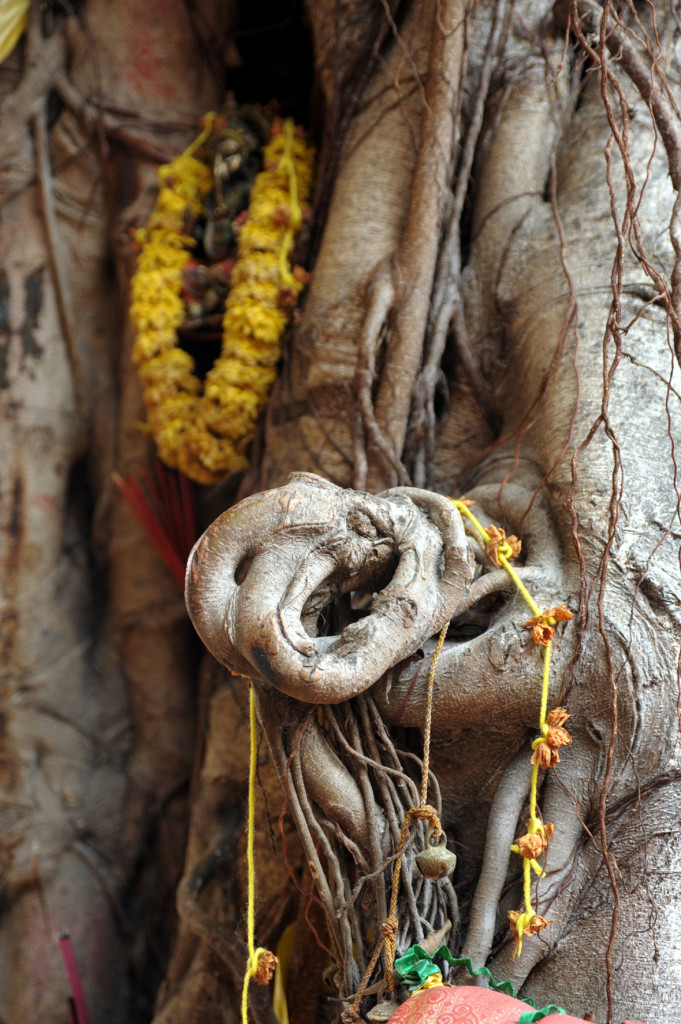 13 May 1969 refers to the Sino-Malay violence in Kuala Lumpur. Officially, 196 people were killed between 13 May and 31 July 1969. Although journalists and other observers have stated much higher figures: 800 to 1000 (others say up to 2000) were killed by rioters, police and Malaysian Army rangers, mainly in Kuala Lumpur. Most victims were Chinese. There were numerous cases of arson and approximately 6,000 Kuala Lumpur residents (of which 90% were Chinese) ended up homeless. The facts are still not clear, ‘classified’ is another term for it. Many allege that the riots were a ploy by the Malay elites of UMNO (ruling party), as part of their efforts to wrest power from the moderate Tunku Abdul Rahman, in which they succeeded, as well as to further their agenda of Malay supremacy which has dominated Malaysian government policy ever since.

It’s being instilled in the Malay from an early age: the land is ours, ours by birthright as Malays. The emotions of the Malay are understandable, but are they just? They were also immigrants, just at a much earlier date.

The British colonizers, who ‘invited’ Chinese and Indian immigrants, saw the Malay as farmers. In 1835 the percentage of Chinese was about 8%. Most Chinese came between 1835 and 1957. Other Chinese and their often mixed race descendants lived in Malaysia since the1400rds. This left the Malay disenfranchised after the British left and the Chinese as the driving force behind the economy. While the Chinese population was largely transient, 29 % were local born, most of whom the offspring of first-generation Chinese immigrants. Since then the Chinese population has diminished: from about 45% Chinese or of mixed Chinese descent after independence in 1965 to about 24% now. This is caused by lower birthrates and emigration especially of the educated Chinese. 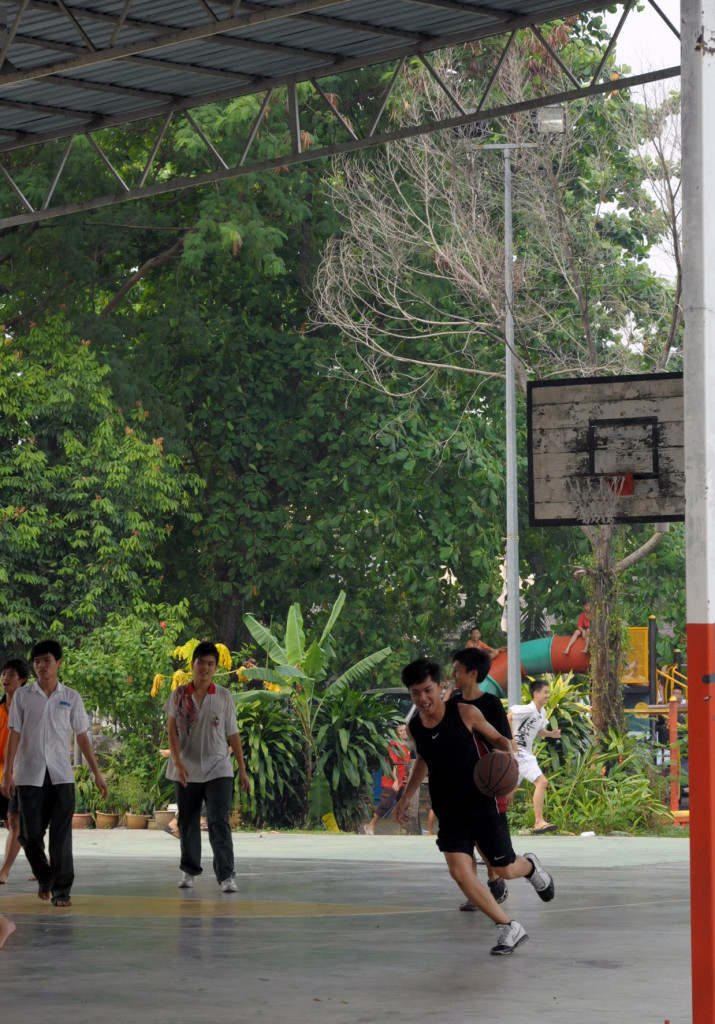 On the surface it looks like 1 Malaysia: people of all ethnicities living together peacefully. Beneath the surface you’ll find a very different picture: fear, jealousy contempt, distrust and loathing. There is institutionalized racism giving the Malay and other ‘original inhabitants’ preferable treatment and all kinds of financial and educational advantages. Although the Malay are the ones that really profit from this policy.

They used to live together and eat together. Now most Malay don’t want to set foot in a Chinese restaurant. Non Halal as an argument, but reeking of politics using religion as a tool to drive people apart. And it works.

When are you allowed to call a country your own and have the same rights as the people that came before you? The answer in Malaysia so far has been never. To me that’s not fair and hurtful towards people who consider Malaysia their home and have done so for generations…