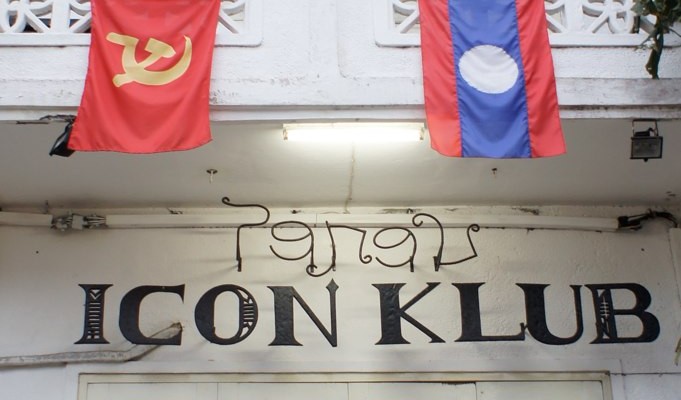 Travel through Laos and Cambodia Part 1: From Vientiane to Pakse 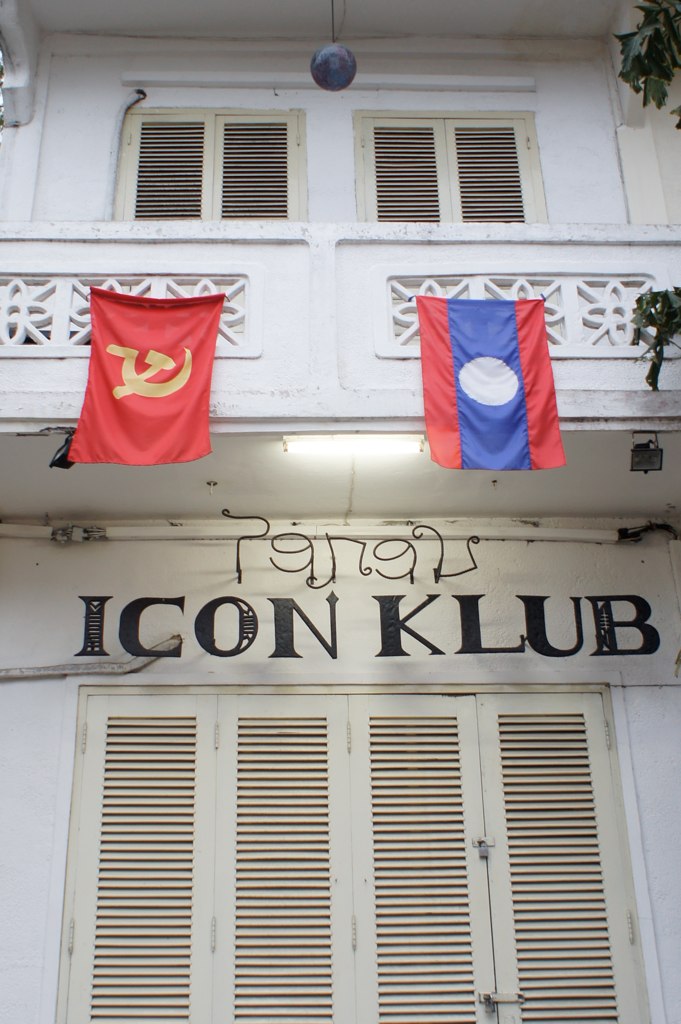 Lao & Communist flag, even on a nightclub, By: Esme Vos

On the road from Vientiane Airport to the centre of the city you are alternatingly welcomed by communist flags, and the national flag of Laos. The city offers an insight into the surprises that a trip through Laos and Cambodia has to offer. You’ll find new buildings, old temples, colonial architecture, modern business life and traditional street trade.

Traveling through these countries shows you some modern history such as the Vietnam War ― that did not stop at the border of Laos ― and the dreadful period from 1975 to 1979 when the Khmer Rouge ruled Cambodia. But you will also see traces of a much older history with beautiful Hindu and Buddhist temples. You will have encounters with the, sometimes overwhelming, Mekong River and a very varied scenery.

This is part 1 of the journey, that takes us through Laos. 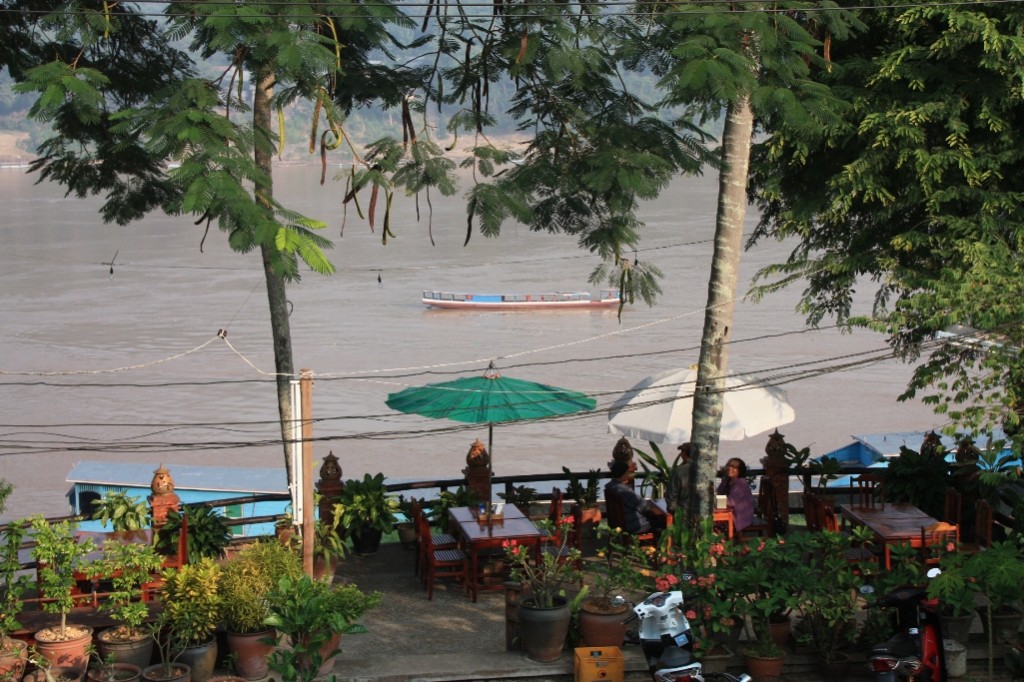 Rendez-vous with the Mekong River, By: Willem van Gent

A day’s journey north of Vientiane lies picturesque Luang Prabang, a city full of French historical buildings. The former Royal City attracts both travellers and holidaymakers. The Mekong river flows in full glory along the city; the area is rich and green. You can visit elephant camps, waterfalls and caves and eat as much as you like at long tables at the night market. 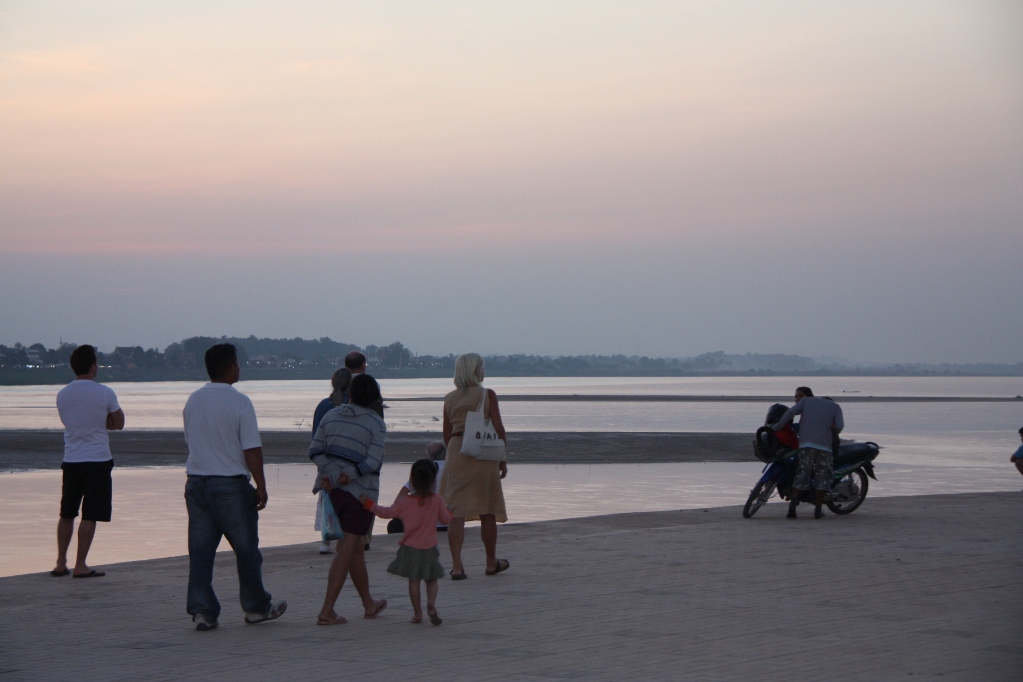 Strolling along the Mekong river, By: Willem van Gent

Everywhere there are small travel agencies that offer tickets for bus and air connections.

In the east, not far from the Vietnamese border on a plateau lies, the town of Phonsavan. The city is located in the Plain of Jars, an area where, during the Vietnam War, the Americans discarded an insane amount of (cluster) bombs. In addition to this legacy that still claims victims, this plain also offers the magnificent traces of a much older history. Spread over a large area thousands of man-size jars lay scattered around. Up until now the function and the origin of these jars remains a mystery. 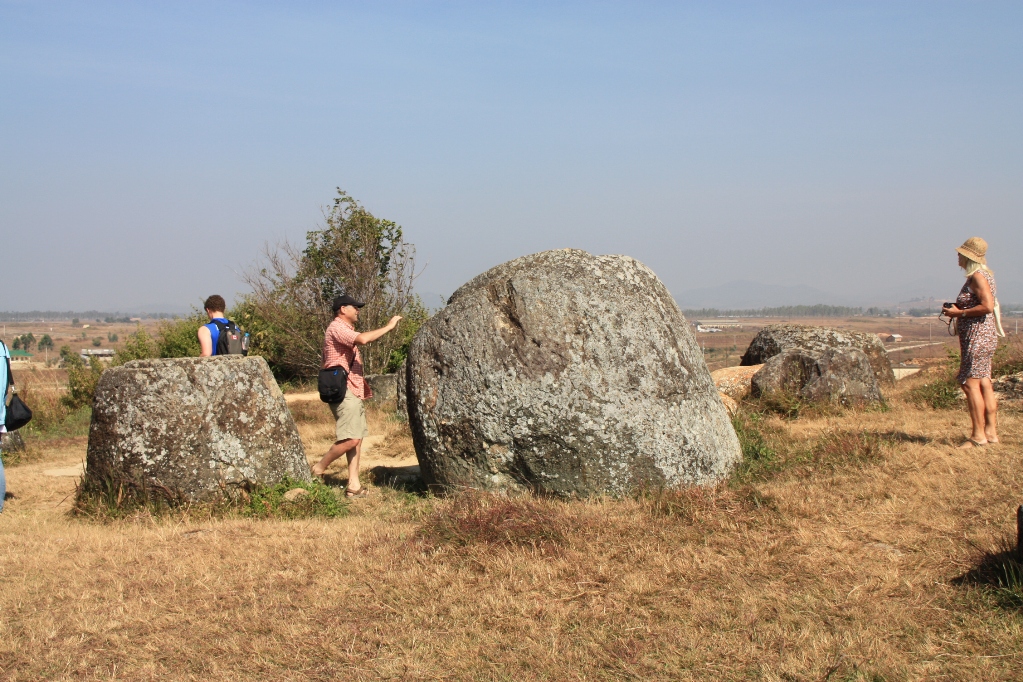 The comfortable bus (called ‘sleeping bus’) takes you south to Pakse. Perhaps not the most attractive town in Laos, but that is compensated for by the beautiful surroundings. You can visit ethnic minorities still living in their traditional way, often in houses built on stilts.

Also close to Pakse one can visit Champassak, an astonishing pre-Angkor temple complex, surrounded by water. The river Mekong branches out into a broad delta. There are impressive waterfalls and wild currents flowing through the landscape. They are an attraction for both local and foreign tourists. Some of the islands are very attractive to relax on for a few days, offering good accommodation.

High and dry in a house on stilts, By: Willem van Gent

Bikes are for hire to explore the countryside where you can meet very friendly people. In the rivers you can spot the endangered Irawaddy dolphins, that live in the waters near Si Phan Don (4000 islands) and the Laos-Cambodia border. The laidback islands are a perfect spot to catch your breath before heading to Cambodia. Next time, our trip continues when we cross the border. 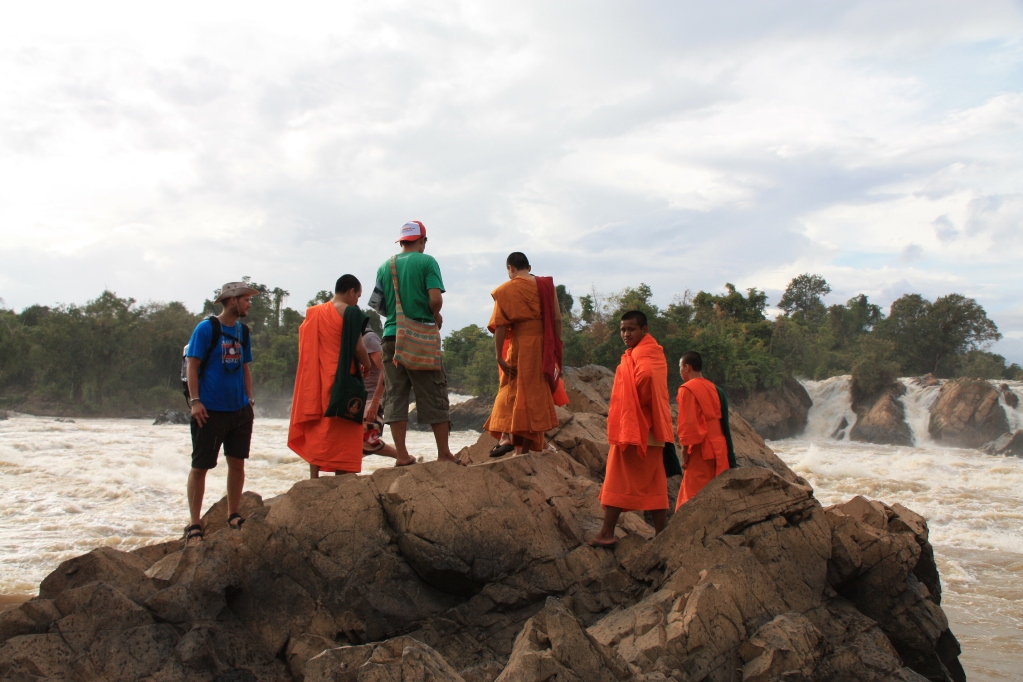 Monks looking at the rapids in the Mekong near Si Phan Don, By: Willem van Gent