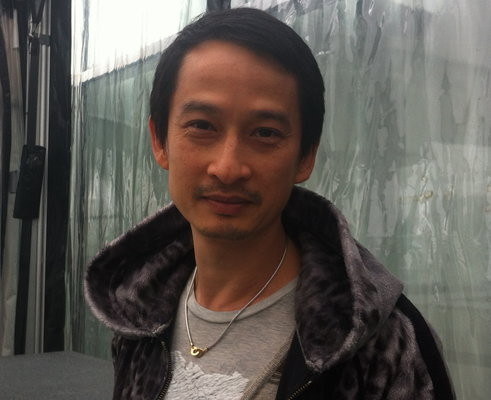 Tran Anh Hung: An introduction to the films of a Vietnamese-French maverick director 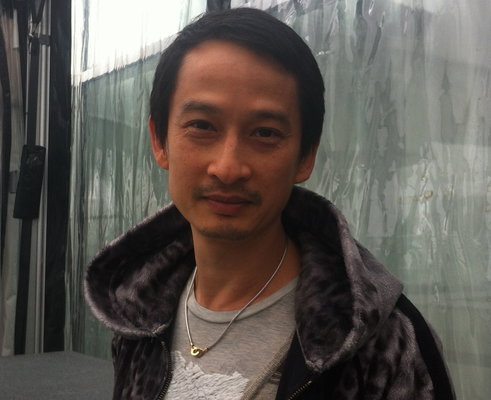 Vietnamese film maker Tran Anh Hung has a European arthouse aesthetic and philosophy which he applies to East Asian settings and characters. This mixture sets up a dialogue between east and west in terms of representation in film, commerciality and art. In this article we will take a look at this extraordinary film maker and his most lauded films.

Of his five films, three are set in Vietnam, one in America, Vietnam and Hong Kong and the last in Tokyo, Japan. They range from a meditation on beauty, suffering and poverty in a Vietnam city to a dark fantastical detective story about transgression in English with American heart throb Josh Hartnett transported to Hong kong.

His use of music from Radiohead to Vietnamese modern composer Tôn-Thât Tiêt and effortless switching in style from verite and reportage to action and art house, show great variety and interest in the beauty of contrast. The themes of beauty and suffering are central to all his films. Cinema is the perfect format to explore these ideas. The differences in style and content in these films is self-evident, yet they all retain a certain freedom, beauty and artistry that rank up there with the best cinema ‘auteurs’ in film history. He is known for his sense of freedom on set creating visual ideas in the spur of the moment without using storyboards.

Hung was born in 1962 in Da Nang, Vietnam and moved to Laos at the age of five. After the fall of Saigon in 1975 his family migrated to Paris. In this way it makes sense that his first film is a historical film set in Vietnam about family and the impending future of the country.

Hung’s debut film won the Camera D’or at Cannes among other awards. Made in France (originally set for filming in Vietnam the production relocated due to mistakenly timing the shoot in the monsoon season!) with a french crew, the film is overtly Vietnamese at heart, but its direction evidences the influence of western filmakers such as Tarkovsky, Bresson and Malick. The story takes place in 1950’s Saigon where a young servant girl is sent to work for a family. Here the ‘story’ of the family is only half told in a conventional narrative way. The other half is the experience of the girl within the family setting and it is this part that takes over the viewer’s senses (even the name of the film suggests smell, one of the senses we can’t use in a film). Watch the trailer here:

A scene that, had it been filmed differently would just depict a trivial event of a boy killing some ants out of boredom is used to expose the innate terror of the act. This is done by filming realistic detail in close-up and in realistic time showing the act’s mundanity and vindictiveness. This scene gives added meaning to the girl’s experience of nature in her surroundings when we see a similar detailed close-up of ants, but intercut with the girl’s obvious joy in watching them thrive. Watch this scene here:

The sounds of nature, sights of cooking and preparing food and close-ups of plants and animals all become part of the viewer’s experience as though translated through the girl’s. The rich sensual appeal of the film and the meditative pace suggest memory, which reflects the historical setting and the dramatic irony of what is to come….

Perhaps the most beautiful and shocking of his films, Cyclo builds up tension between reportage footage of brutal poverty, gangs and pimps and overwhelming artistic beauty. A scene in which the main character is covered in mud and plunges his face into a fishtank epitomizes this strange beauty. The camera films the fish tank from the side and the scene is in slow motion so that colour, movement, texture and viewpoint create a heady, hypnotic effect. The trailers shows what’s in store for the viewer:


Tony Leung Chiu Wai stars as the leader of a gang and a pimp whilst the main character is a struggling cyclo worker who feels a responsibility to his dead father to achieve something better than poverty in life. He gradually becomes embroiled in the gang and the heartbreak of his vulnerability begins. Tony’s character also has an inner battle as he falls in love with the cyclo’s sister whilst pimping her out as a prostitute. The consecutive plots of the two characters’ conflicts is telling: one simple and innocent, the other intelligent but dangerous. Events can only get out of hand. But the story telling here is more atmospheric and tangential than narrative. It comes second, whilst our experience of the chaotic, hypnosis inducing life led by the characters is what the viewer takes away from the film.

More akin to a french new wave film and more dialogue driven than his previous films, The Vertical Ray of the Sun is the most heartwarming and personal of his films. Following the lives of a family during the hottest month of the year, relationships are explored and tested revealing some touching moments. This is partly achieved by the relaxed pace and realistic time producing moments of subtlety and realism. For example, at least three scenes involve a  5 minute sequence of a brother and sister waking up and listening to songs. This gives real substances to their other interactions in the film and the sense of their closeness containing both love and tensions.


The simpler use of the camera and editing in this film means that the performances really stand out. Especially those of the husbands and wives struggling to connect and the three sisters whose familiarity and closeness is often moving.

This film is a large departure in terms of using an American star (Josh Hartnett), English as the main language and elements of detective and action genres but still has the meditative, philosophical and beautiful imprint of Hung’s direction. The fact that he also wrote all of his films shows that this diversity is both willful and intelligent. The theme of violence and horror contrasted with beauty is again present but the fantastical and surreal elements of the film give it a darker, more disturbing edge. The music of Radiohead and Godspeed You! Black Emperor also give an apocalyptic atmosphere to this surreal world.


One character is a serial killer who turns human suffering into art by using the skin of his victims to create distorted animal-like sculptures. This is contrasted by a christlike character who has the ability to relieve the pain and suffering of others by receiving it himself. The two cases present the problem of greed versus self sacrifice and the mania that dealing with these things in life can induce.

The first of Hung’s films to be based on a book, Norwegian Wood succeeds in creating the atmosphere of the time and characters of the book extremely well. The strength of the original story and Hung’s creativity are a great match. This is exemplified in an impressive scene in which Toru and Naoko are walking in a windy field. The camera tracks in a long shot creating a sense of depth and movement which signifies the emotional turmoil of the characters. Watch this scene and the trailer below:

The sexual intimacy and scenes of mundanity and time passing are evocative of the memory and hindsight that the story suggests. The special moments within scenes usually come from a character expressing an emotion in silence and often in mid-close shot so that the emotional intensity fuels the scene. This is nicely balanced with Murakami’s rich dialogue which is at once humorous and understanding. Johnny Greenwood’s musical score also adds a depth of ideas in its modern classical form.