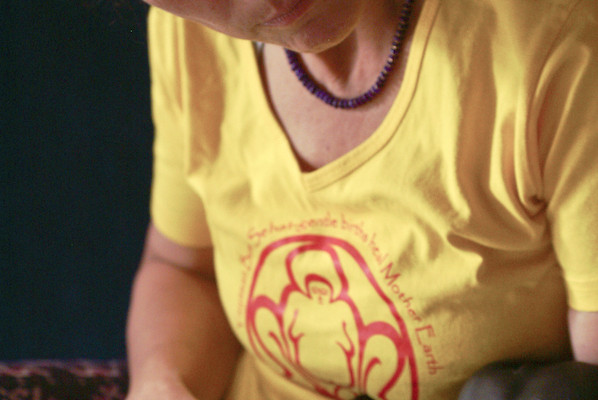 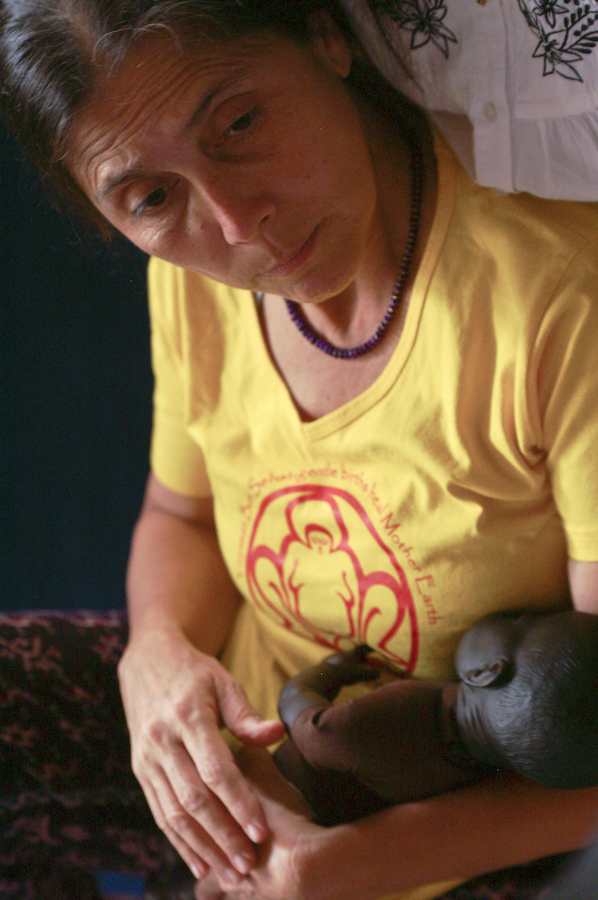 In the small clinic of Bumi Sehat (Healthy Mother Earth) in Bali Robin Lim (55) flies around like a busy bee. Driven by the strong belief that a gentle childbirth creates loving human beings Lim has dedicated her life to ‘help mothers and save babies’ for free.

‘It’s common in Indonesia that women who give birth in a hospital, have to leave their babies and stay outside until they can pay their bills.’

Robin Lim advocates a more gentle approach to childbirth, where giving birth becomes the natural process it used to be, instead of the clinical seperation it now so often is.

See what Robin Lim had to say at TEDx Ubud, an independently organized TED event held in Ubud, Bali:

Yesterday Robin Lim won the election of CNN Hero of the year. She attended the ‘Allstar Tribute show’ in the US, broadcasted live on December 11 on CNN. Huge billboards at the clinic and around Ubud plus daily reminders on their Facebookpage calling for people to vote proved effective. 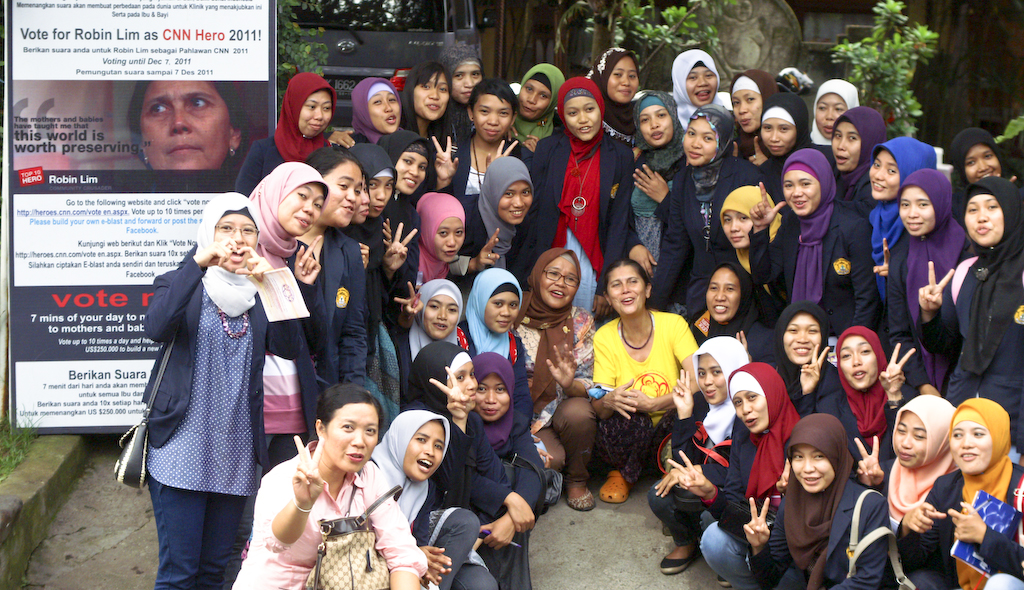 Vote Robin Lim as CNN Hero of the year 2011, By: Miyoshi Masato

As the clinic is founded as a non-profit organization it completely depends on donations. The 250.000 dollars that are at stake are very much needed to build a new bigger clinic.

Robin Lim started helping out the local community as a midwife in 1994 using a small room in her house. Lim, her husband and children came from the US to Bali twenty years ago after a traumatic experience. In one year her sister died of complications during pregnancy, one of her best friends passed away and her midwife as well. ‘I asked myself why I was even born’, says Lim. ‘I found that I was born to love and to share love.’

When Lim and her family came to Bali, initially for just a few months, they stayed in the village of Nyu Kuning, just outside Ubud. There was only a dirt road, no electricity and no proper healthcare. That first year in Bali Lim found herself pregnant with her last son Hanuman. ‘Because there were no really good alternatives, I decided to have my baby at home with my husband assisting.’ 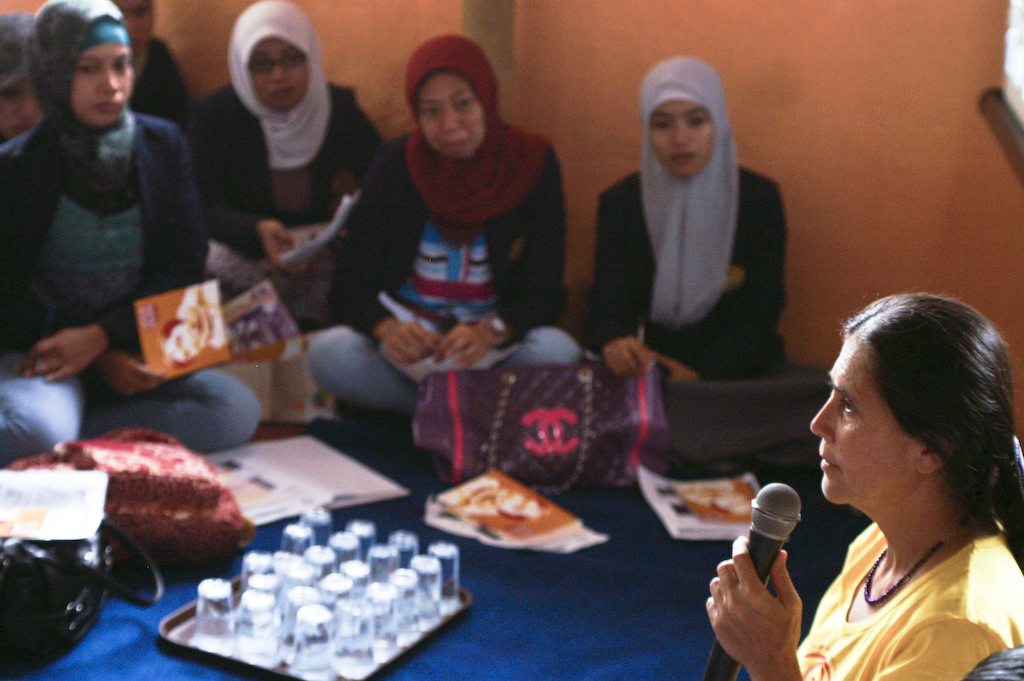 Soon women started to come to her house asking about health-issues and men came to ask for her assistance at their wife’s childbed. ‘Ibu’ (mother) Robin then founded the village-based organization Bumi Sehat in 1995 to help reduce maternal and infant mortality. Lim’s friend who is a doctor showed her a Unicef report stating that the number 1 cause of maternal mortality was hemorrhage (severe bleeding) after childbirth. In 2003 The Jakarta Post reported that the rate of mothers passing away after giving birth was 373 per 100.000 births, the highest among the ASEAN countries.

Lim started to dig deep, not only into scientific research but even more so in the profound knowledge of midwives from traditional societies and ancient times.

Traditionally midwives were not only the birth keepers within a community, but also the health providers and healers. The Filipino grandmother of Lim was such a midwife, a hilot, who had been entering her dreams repeatedly before Lim became a midwife. Lim: ‘She was showing me a yellow dress and when I finally took it she said: you are going to be very busy from now on.’

Meet your Twin: The Placenta

Robin Lim has written educational booklets, poetry and several books about giving birth in a gentle way honoring the mother’s and baby’s sacred transition. In the book ‘Placenta, the forgotten chakra’ she tells about diverse cultures all over the world that give special meaning to the placenta: the organ that the baby is attached to with the umbilical cord. ‘In Bali it is believed that the placenta, called Ari-ari, is the physical body of the child’s guardian angel. It was forbidden to cut the umbilical cord before the placenta was safely delivered.’ 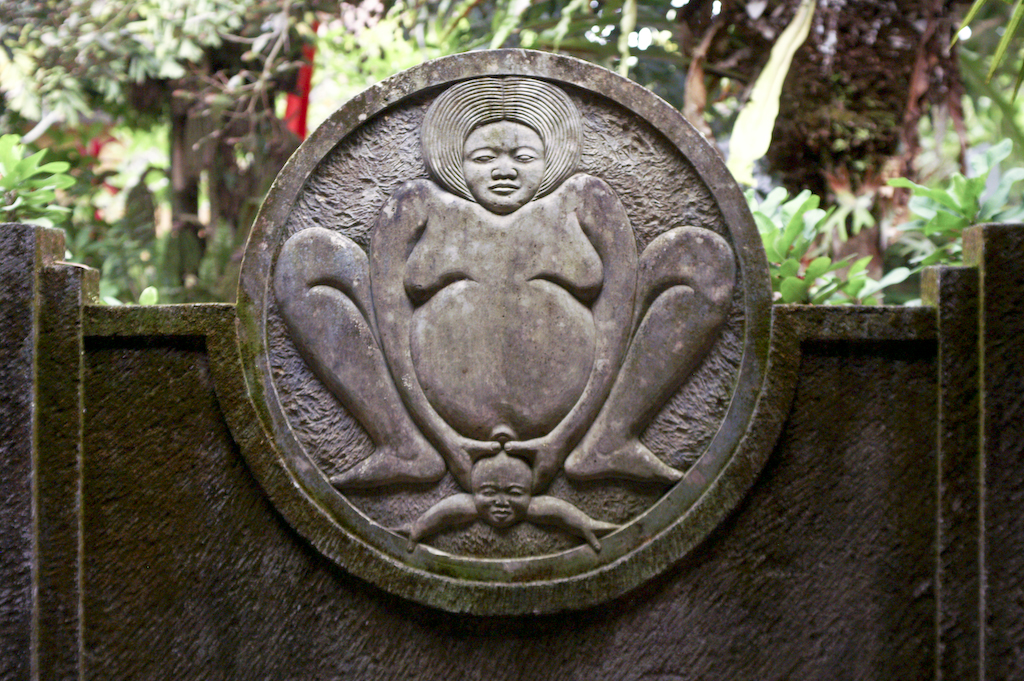 The placenta is in Indonesia seen as the twin brother or sister of the newborn baby and is buried on a special spot close to the house. In the West and in ‘modern hospitals’ the placenta is merely considered as medical waste. Lim: ‘Usually when a baby is born in a hospital it’s like a medical operation. The baby is taken away from the mother, the cord is cut quickly and therefore the newborn is cut off from its supply of blood and precious stem cells coming from the placenta. It’s first experiences with the world are anxiety, feelings of abandonment and fear of dying.’

That is why Lim is a dedicated crusader of giving birth gently, without trauma for the mother or the baby. This will create generations of people with an ‘intact capacity to love and trust’.

Robin Lim and the midwives of Bumi Sehat clinic not only promote gentle birth; they offer general healthcare, educational programs, pre-natal yoga and acupuncture. All free for the local community. Lim: ‘We use a cultural sensitive approach. It’s not easy to talk about healthy food with a pregnant mother, when all the family can pay for is white rice twice a day. We try to add more to her diet by giving organic vitamin supplements.’ 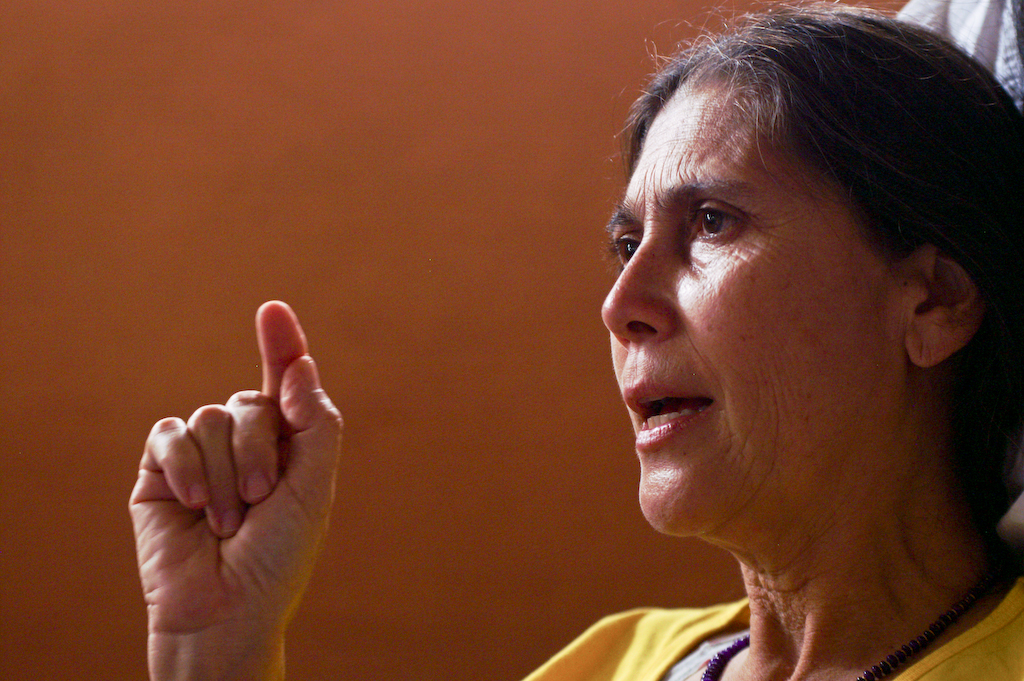 Robin Lim points a finger at the 'Green Revolution,' By: Miyoshi Masato

Another important message that Bumi Sehat wants to get across is the importance of breastfeeding. Lim: ‘Nature provides women with the best milk they can give to their baby’s, there is nothing healthier. Breastfeeding is also essential for bonding.’

In the developing countries powder milk is expensive and often there is lack of clean drinking water. ‘Some producers of powder milk have very aggressive marketing strategies’, says Lim. ‘They come to our clinic trying to persuade us with flat screen TV’s and new cars if we make a business deal with them. They don’t stand a chance.’

The kind of knowledge that Lim and her midwives spread is life saving in situations where there is not enough to eat or there has been a disaster. Like in Aceh after the tsunami in 2004 Bumi Sehat was one of the first NGO’s to arrive. They have been an early responder to earthquakes in Yogyakarta (2006), in Padang (2009) and also Haiti (2010). Lim: ‘It’s just because we are already in Indonesia we could move quickly. We provided clean drinking water, medicines and we helped surviving women giving birth in tents.’

Bumi Sehat replaced the temporary structure for a permanent hospital in Aceh in 2007. Déjà Bernhardt, daughter of Robin Lim, made the documentary ‘Guerilla Midwife’ (2007) about her mother. Watch the trailer:

The CNN Hero of the Year was chosen by the public after an 11-week vote on CNN.com. For being named Hero of the Year, Lim will receive $250,000 for her cause. That’s in addition to the $50,000 that she and the rest of the top 10 Heroes each received for making the top 10. Congratulations Robin Lim and Bumi Sehat!