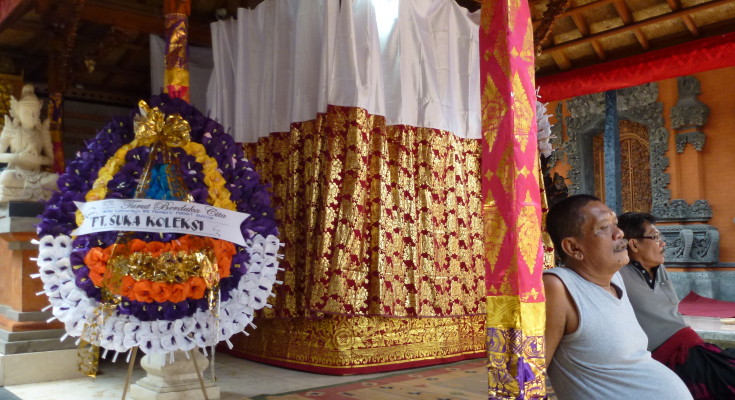 The Unsettling Proximity of Death on Bali: The Ritual Washing of the Corpse 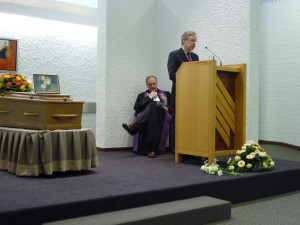 A funeral in The Netherlands, By: Mark van der Chijs

Death is a neat affair in the Netherlands, the country where I come from. The only and last relative that I have seen laid in state at home was my grandmother from father’s side, when I was fifteen years old. My other grandparents, my parents and other relatives were all brought to an undertaker’s facility after they had passed away. Someone not known to us laid them off. We could take our leave of them in a solemn room, laying groomed in a nicely upholstered chest and surrounded by beautiful flower arrangements. Still, even a confrontation as benign as this, is often considered a sight unsuitable for the eyes of young children.

Death is thus a matter to be dealt with delicately; sordid details must be tucked away. We do not directly witness the decomposition of the corpse in case of a burial or disposal by fire when cremated. Of course, the covert nature of the proceedings does not diminish the feelings of loss and grief, but perhaps it helps to keep an untarnished memory of a beloved relative or friend, something that is cherished. 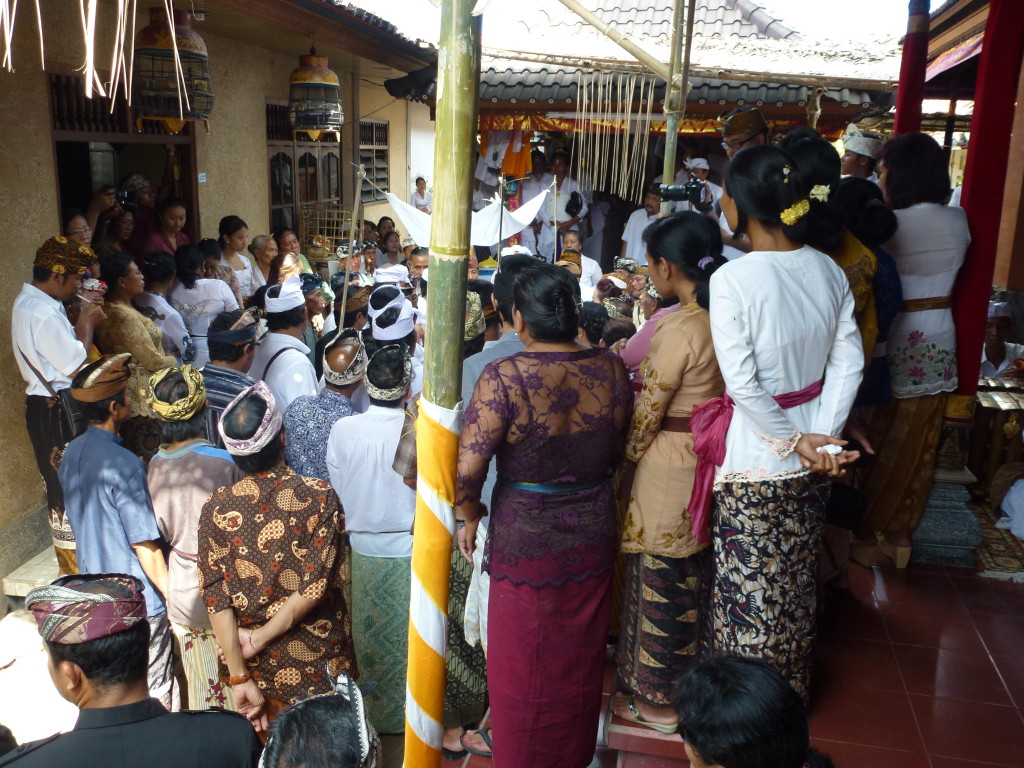 Death is a shared experience on Bali, By: Sita van Bemmelen

In Bali, people come to terms with death in a very different way, which I have come to value for its own merits. As soon as a relative has passed away, the family has to decide whether the person will be buried on the next day or cremated as soon as possible, meaning on the next auspicious day according to the Balinese calender. This decision heavily depends on the financial means available, because a cremation is expensive. 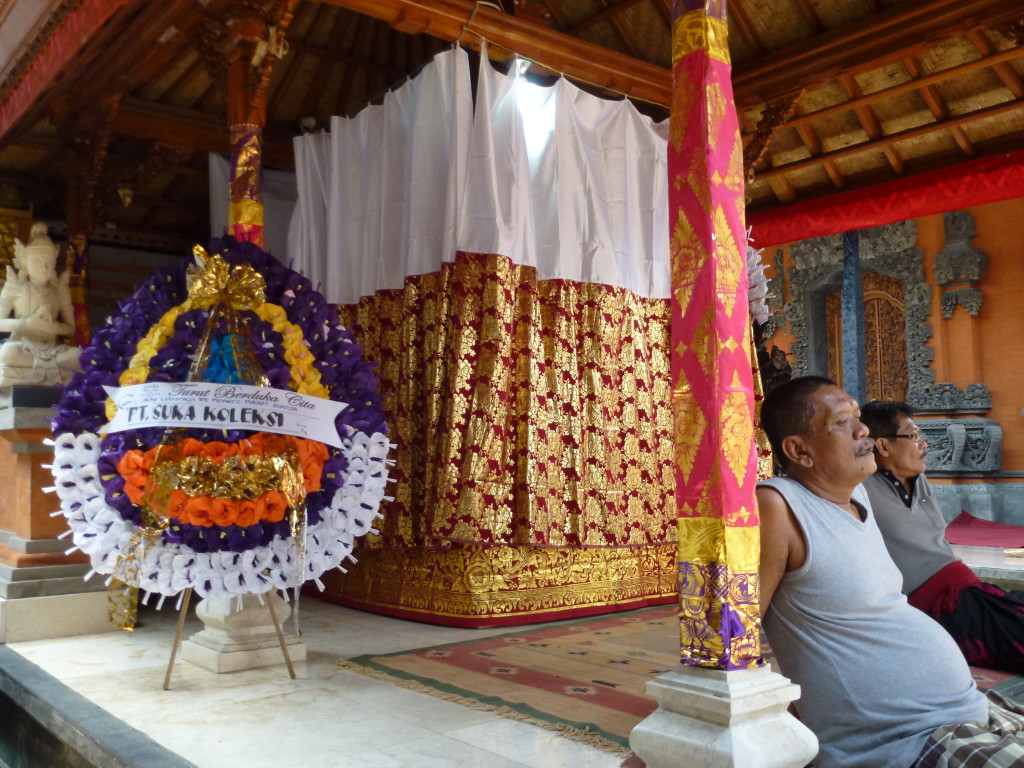 The bed with closed curtains, By: Sita van Bemmelen

If one chooses a cremation, the corpse will be injected with formalin to slow down the process of decomposition. This will take place in the hospital when the person has passed away there; otherwise, a knowledgeable expert is called to come to the house immediately, because the formalin has to be administered before rigor mortis has set in, which starts about four hours after death. During this process, the very pungent smell of formalin fills the room, hardly bearable for those not accustomed to it. After this, the corpse, covered by a new batik cloth, will be laid in state on a wooden canopied kind of bed in an open pavilion (balai). Colorful curtains are hung on the canopy shielding the deceased from sight. Offerings and burning incense are placed close to the deceased and around the bed. The corpse will remain there until the day selected for the ritual washing. In the meantime, visitors will come to pay their last respects. A wake is organized for the nights, in which many family members partake, in particular men.

These days, evenings and nights, are the time for mourning. Close relatives have ample time to grieve together and reminiscence happy and sad days shared with the deceased. Occasionally someone who feels the need goes up to the bed and looks at the deceased.  When my mother-in-law had passed away in 1997, my eldest daughter, six years old at the time, did so nearly every day until the day of the ceremonial washing. I was happy that she had no fear whatsoever seeing her dead nini (Balinese for grandmother). On the contrary, paying her a visit seemed to comfort my daughter.

The culmination of the mourning period is not the cremation ceremony itself, but the ceremonial washing of the corpse. This is a public event in the sense that it takes place outdoors and in the presence of a large number of relatives who are cramped in the courtyard. The corpse is transferred from its resting place and placed on a stretcher made of bamboo and covered by white cloth. A canopy is placed above it, with a small piece of white cloth attached to the top of four poles of bamboo, which has the function of shielding the corpse from the sun. Male relatives wash the body of which only the private parts are covered by a piece of white cloth. Close relatives take part in turns bathing or just touching the body for the last time, often unable to hold back their tears. In particular, when the deceased is a child or person who has died before reaching old age, the atmosphere is highly charged with emotion.

When the ceremonial washing is over, a priest comes to sprinkle holy water and scented flowers on the head of the deceased and utter prayers. After this, the corpse is wrapped in lengths of white cloth and a bamboo casing before it is placed in a simple coffin, which is lifted on the same bed in the pavilion. From then on, the deceased is ‘out of sight’ until the cremation takes place. 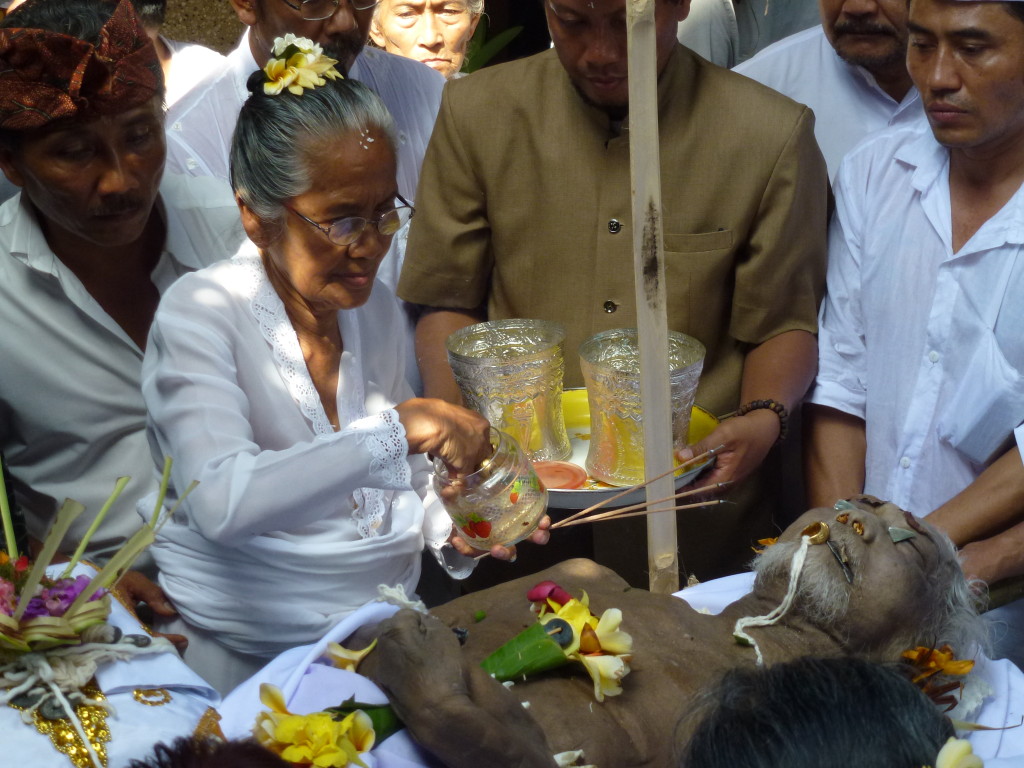 The priest with the deceased, By: Sita van Bemmelen

Foreigners often wonder why the Balinese do not express grief at the time of the cremation. In my experience, that is not what the Balinese wish to show. They prefer to share with foreigners the cremation, which is their moment of celebration. Read more about this in the second part of Sita van Bemmelen’s account of ‘The Unsettling Proximity of Death on Bali: Fierce Fire and Cool Bones.’ 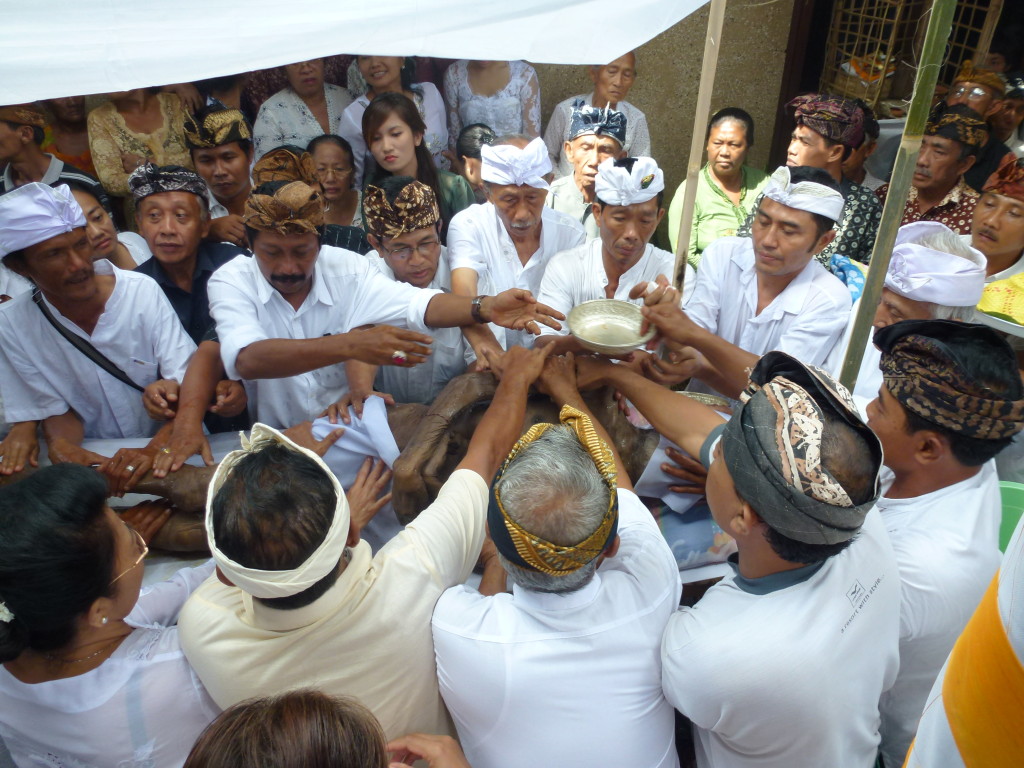