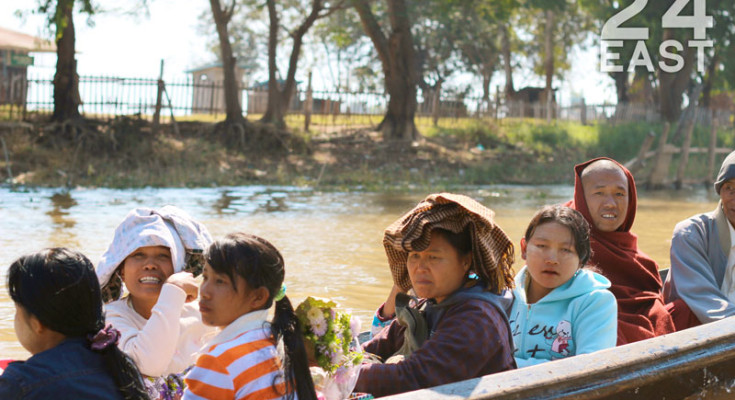 The Stranger (a Short Story)

I always knew I’ve been at ease in the ever-changing role of the stranger: he who’s always coming from a mystic and distant place called elsewhere; he who’s always passing by, running away, out of place and out-rooted. The stranger is like a flower in a vase, you can carry it around, keep it in the sun or hide it  in the shade.

If being a stranger were a job it would be filled with alibi. As a stranger it’s easier to live with the fact no one understands you, of being the other one, identified with a luggage, with the fact you should go home at some point, of being always at a certain distance from something or not being able to speak the language, of not having friends, of being the one missing, of walking alone with the wind.

When you live in your own context/place I think it is a bit more difficult to truly recognize yourself in a role. As a stranger instead you are guaranteed at least of one exclusive point of view. You will have a small part in the scene, you wont be left out, lost in the outskirts with dirty shoes because at any given moment you are entitled to raise and declare: “Wait a minute! I am the stranger!”.

But of course there are downsides too. First of all because you are by definition a minority, a minority who might become unicity, you’re alone, uno, single, with an identity that decides on behalf of you, with an accent that leaves no room for doubts and raises tonnes of misunderstandings. At first sight we might be this or that but the moment we speak out we’re done! Exposed! Exposed to the curse all the strangers: the stereotypes.

Poetry in your shoes

When you least expect it the fair of silliness begins: the racisms, the gestures, the way of saying, the  “you’ve lost that game…”, the “is it true that people from…” and on and on and on up to the point you’ve been identified with those stereotypes, and a stereotype is like a ghost you’ve never met in person, but he stays there with you, disturbing, slipping into all the conversations, a fly in your ears. Yes, it is true that from time to time that curse might give you a hand, and being the other is a positive thing. Somehow that ghost is a representation of a long line that goes back straight to your roots and has to do a lot with something called belonging, with all the steps done by somebody before us, with the place you were born and the blood; with having traditions and poetry in your shoes.

It takes time to learn how to be a stranger, in understanding a tenth of the information around you and yet still surviving, in living with the weight of the distance on your shoulders and the smell of absence in your heart. It takes art to be your own island in unknown waters. It takes art to reach out for reference points even though you’re lost, because the stranger will always be a flower in a vase, an uncomfortable and fragile vase at times but in the end of the day the stranger knows that vase has to become Home. Home for your short roots.

More from this author: http://24east.tumblr.com