Home Culture The Influence of Gamelan on Western Modern Music 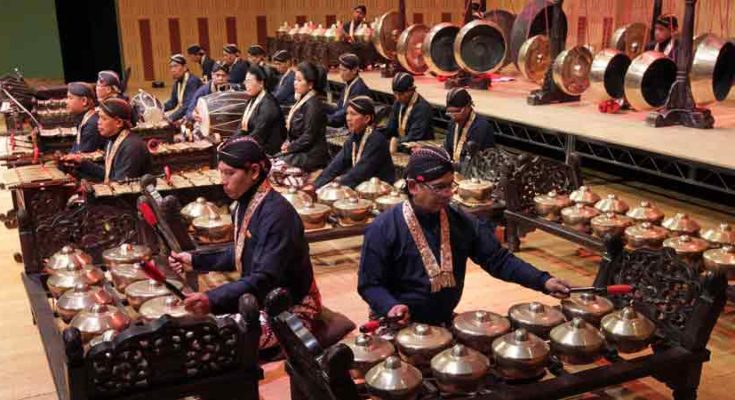 The Influence of Gamelan on Western Modern Music 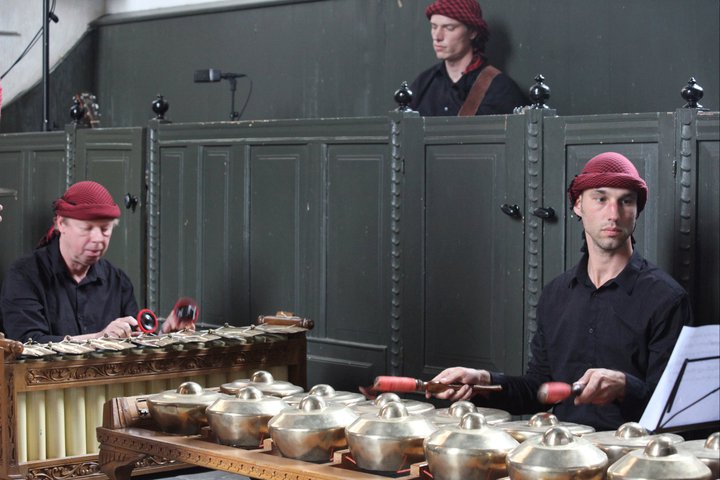 Gamelan is an ancient Indonesian form of music that is still thriving today. Part of the reason for this is the interest the western world has had in this ‘exotic’ music. The origins lie at the very start of the west’s interest in music of other cultures and before ‘world music’ became a coined phrase and an exploited genre. In this article we will take a look at how gamelan has influenced Western modern music.

Gamelan was introduced to America as early as the 1890’s and to European countries like the Netherlands in the 1930’s and later. Today it is also popular in Australia and the U.K with many universities owning gamelan instruments and Western gamelan groups creating new compositions and performances.

The first westerner to become interested in Indonesian gamelan was Colin Mcphee, an American ethnomusicologist and composer. He traveled to Bali in 1931 after hearing recordings of gamelan music. He was attracted to gamelan partly due to the contrast with formal classical music and teachings, which was his heritage. He was part of an avant garde group that included Charles Ives, Henry Brant and Edgar Varese. He lived in Bali for 4 years where he wrote his memoirs, while transcribing and studying Balinese gamelan. After returning to America he wrote a piece aimed to conjure up the atmosphere of gamelan playing within a western classical setting:

The piece ‘Tabuh-Tabuhan’ meaning ‘percussive rhythms and sounds’, contains no gamelan instruments and is the first piece to show a direct influence from Indonesian gamelan on Western music.

Another style of composition which became popular with western composers was the use of original gamelan instruments to write new pieces outside Indonesia. The third method was to mix both gamelan and classical instruments together to create a ‘fusion’ style’. These two methods are the most popular today although the subtle influence of gamelan is present in a wide variety of modern music.

The Attraction of Gamelan

The attraction of gamelan to Western modern composers seems to be twofold: elements of rhythm which include hypnotic layers and quick tempo changes (as in Balinese gamelan) plus intonation and timbre as the pitches of the bells and gongs do not directly correspond to the Western scale, thus creating a new and exciting sound world.

Even earlier than Mcphee, European composers such as Debussy and Satie had heard recordings of gamelan and incorporated them, most famously in Satie’s ‘gnossienne’ pieces for piano. The influences taken were mostly the hypnotic effect of repeated, sustained notes as well as the more limited but ‘exotic’ sounding scale:

Other composers also used influences in their work (such as Britten, Messiaen, Bartok, Poulenc and Boulez) but the next to take the influence even further were John Cage and in particular Lou Harrison. John Cage’s pieces for prepared piano in which objects are placed inside a piano to alter the tone of a note once a key is struck, emulated the more complicated and diverse timbres of the gamelan orchestra. Lou Harrison was the first to start using real gamelan instruments and even make his own which has led to the term ‘American Gamelan’. This shows the acceptance of a whole new sub genre resulting from the original influence from Indonesia.

Lou Harrison’s work revels in the mixture of an ‘exotic’ sound with the more traditional classical sound world and inspires a feeling of vibrancy and interplay between cultures. In his concerto for ‘Piano and Javanese gamelan’, the piano is retuned to the intonation/pitch of the gamelan, creating an eerie and alien effect:

He was specifically inspired by the ‘untempered’ scale which comes from the natural harmonic overtones that every sound has but are particularly present in metallic sounds such as produced by gamelan instruments. This is a big contrast to the ‘tempered’ Western scale which most of us are used to. In this way he pushed not only for invention in music but for a more universal approach to the foundations of music:

When minimalism first gained attention in the late 60’s, the influence of gamelan seemed to make perfect sense and though it is not explicit, it is hard to ignore the rhythmic and hypnotic textures along with the open ended structures and spiritual/meditative qualities that are inherent in both. Steve Reich, one of the leading minimalists from the U.S actually studied Balinese gamelan in the early 70’s and the piece he composed afterwards has the feel of a Western classical/African ensemble emulating the feel and sound of gamelan with a slightly more Javanese feeling in its meditative repetition:

We find one particular sound world where the Indonesian music has entered almost imperiously, that is the ‘techno music’. Here we are not dealing with human musicians, nor concert halls, and often not even with intoned sounds. This music, produced electronically by a dj using his array of percussive mechanisms, probably follows (even unconsciously) a Javanese beacon. I find that the most refined of electronic music, beyond its character at times obsessively pounding, provides a representation of a gamelan that is both profane and austere. A gamelan where we miss the fascination of the tuned percussions or of the stringed rebab (…), but where we may explore, often with obstinacy, the possibility to give ourselves up to musics that are timeless, with no beginning and no end.

Despite having obvious similarities to the pounding low drum sounds of African tribal music, dance and electronic music also has a repetitive melodic element which is hypnotic and could certainly be seen as an indirect influence from gamelan music. See the Orb , which actually uses a Steve Reich sample:

More recent composers’ pieces tend to demonstrate the sound of the gamelan whilst presenting it in a more recognizable ‘western’ style. Since ‘world music’ became a hot topic and export in our global times, this makes sense but also has a legitimate role in educating and encouraging cultural exchange. Some pieces only achieve a kind of fusion ‘for the sake of it’ without much musical creativity but some try to use the inventive elements of composition that can create new and exciting music.

Among many others Evan Ziporyn (a collaborator of Reich’s), Christine Southworth and Sinta Wullur are successful in achieving new forms and creativity within this mixing of cultures. In contrast to Harrison these composers often use or invent their own gamelan instruments that correspond more closely to the Western scale to aid compatibility with classical instruments. Ziporyn’s gamelan is nearer to the Western pitches but still has a similarity to the more limited scale of gamelan:

Wullur however has invented a 12 note gamelan which corresponds exactly to the Western ‘tempered’ scale.

Southworth, another American composer has composed for the Kronos string quartet (who are tireless collaborators of new music from Philip Glass to Tom Waits) and even crafted a piece for gamelan plus instruments played by robots!

Wullur, a Dutch/Indonesian composer has also written a gamelan opera and set up the group ‘multifoon’ who commission new works by Dutch and foreign composers.

The future of Gamelan as a force in world music and cultural exchange looks strong with festivals featuring new pieces being held around the globe and new groups being formed in order to study it as an art form. Here’s hoping that its gentle strength, beauty and tradition will continue to have the strong durability that it has already shown. If the future is as interesting and varied as the past then we have a lot to look forward to!

A brief introduction to gamelan can be found on this SEAsite.

This Wiki list shows over 100 gamelan orchestras in use in the U.S today.

Journals, networks and new pieces and recordings are widely available on: gamelan.org

To hear more about Colin Mcphee’s life, listen to this audio biography.

For a biography of Lou Harrison’s life see here.