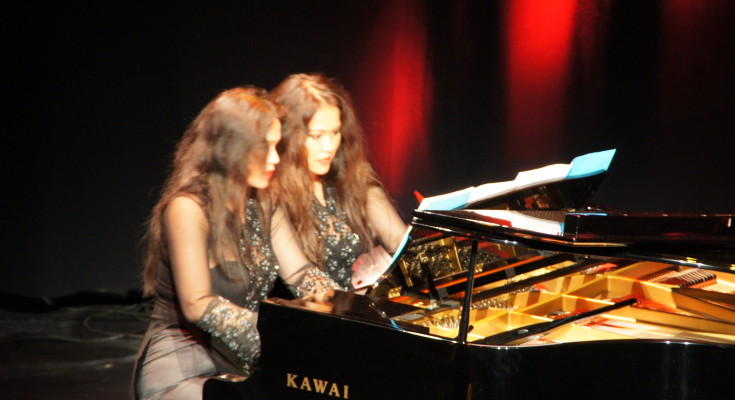 The Distance between Jakarta & Berlin: 0 Kilometers!

More batik in Berlin than at Pasar Klewer, By: Ari Purnama

Jakarta and Berlin, what do these two cities have in common? Except for the fact that they are both capital cities there’s not much that seems to connect the two. All the more surprising that Jakarta and Berlin have been sister cities since 1993. This week the sisterly bond is rekindled by a festival that showcases 144 Indonesian and German artists. As Martin Jankowski, the initiator of this endeavor put it:

When we approached the Admiralspalast, location of the opening, a sea of batik clad people circled the entrance. Wafts of sweet kretek smoke drifted into the Berlin sky.

The Jakarta-Berlin Arts Festival opened with a bang…or rather with a gong, as Javanese artist Sayo worked on an enormous copper gong that produced low earth tones.

Read more about Sayo and his gongs on http://www.gongmalerei.de/ 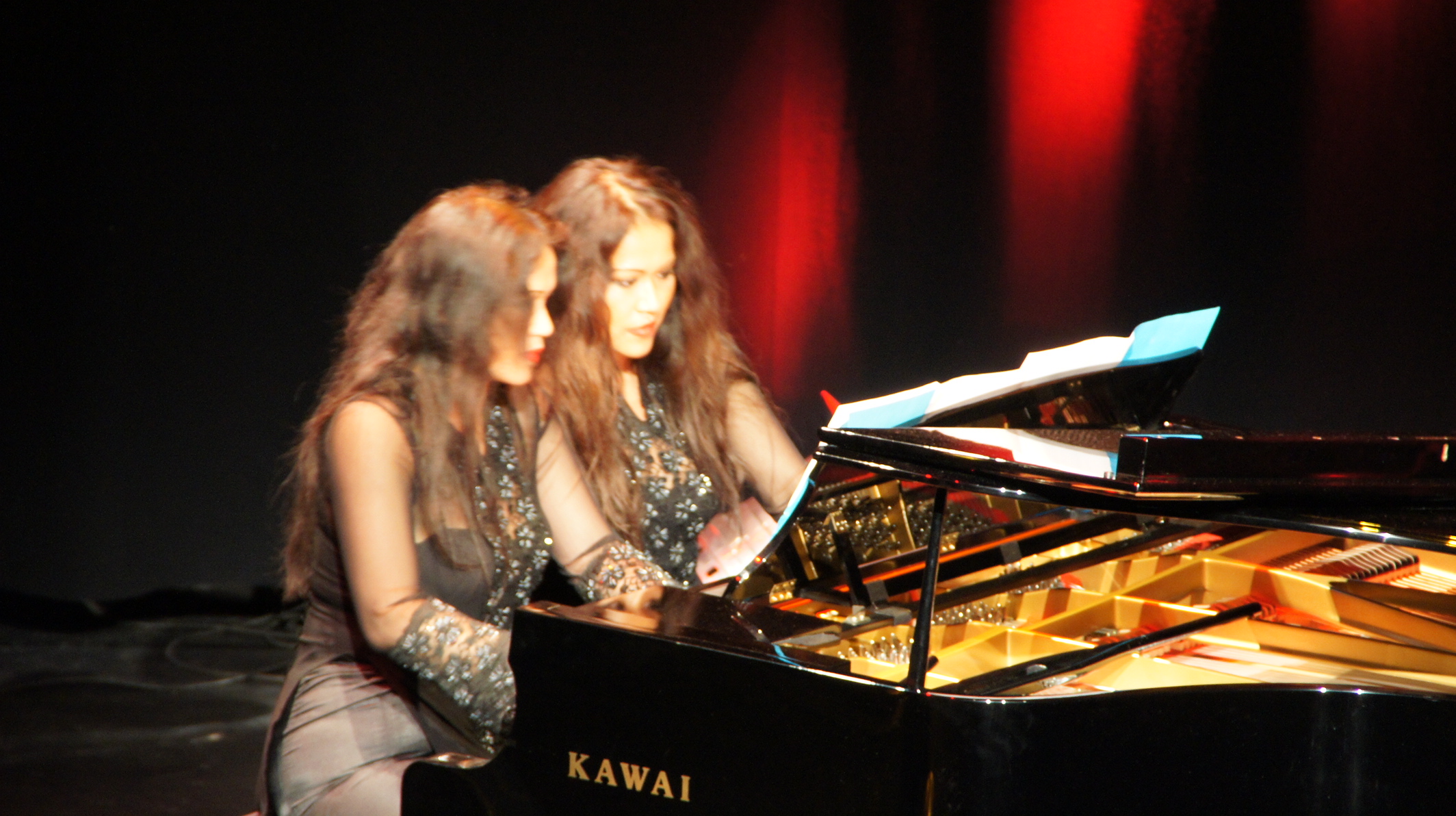 The Sungkono sisters, By: Ari Purnama

Next were the piano playing twin sisters Sonja and Shanti Sungkono, born in Jakarta, now living in Berlin. They played a piece composed for this special occassion by Indonesian composer Ananda Sukarlan. Their truly impressive sisterly cooperation left the audience wanting more. 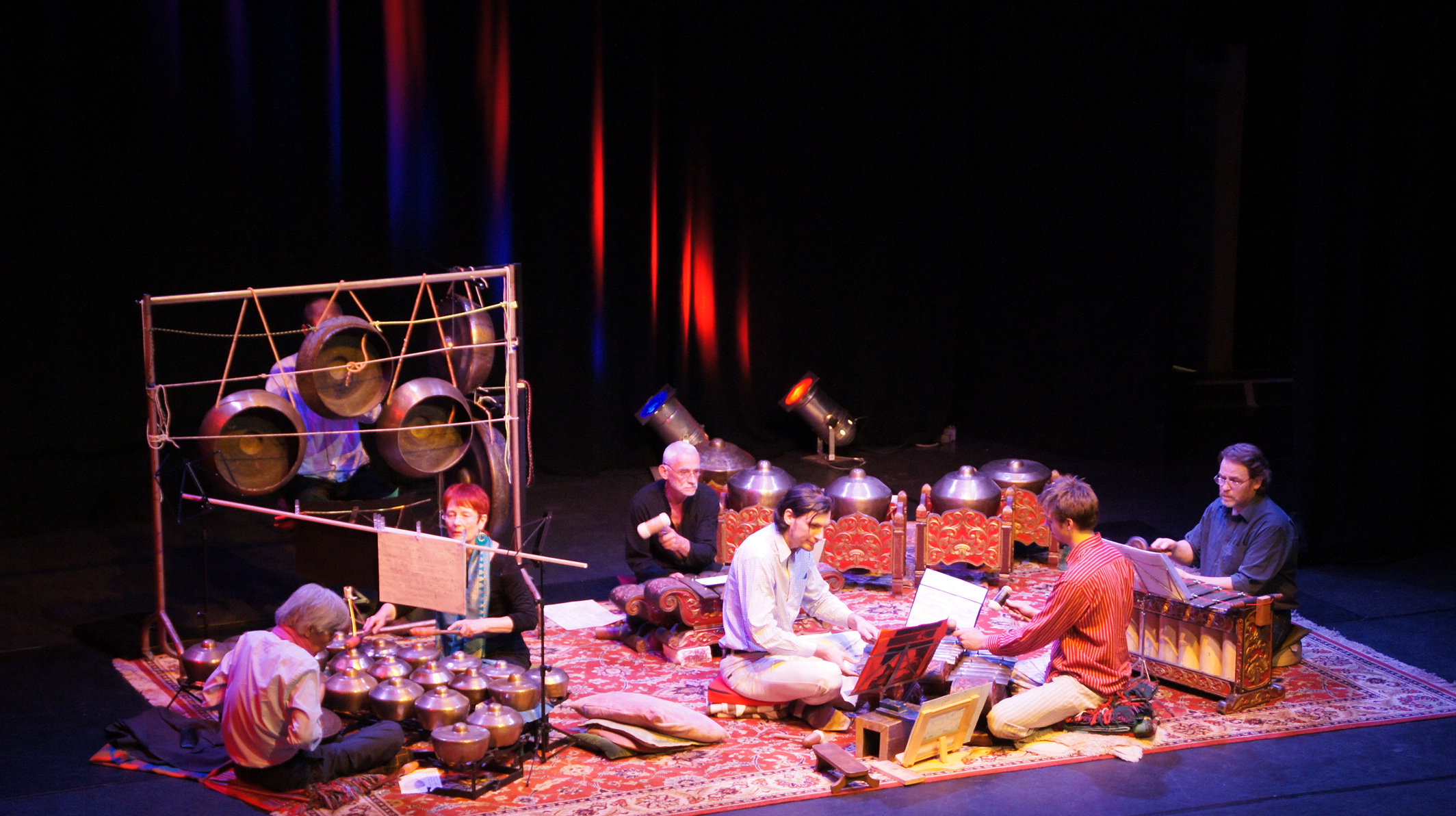 Announced as the highlight of the evening, Paul Gutama took the stage. Paul Gutama is well known for his take on modern gamelan. He was accompanied by his wife and the all German Banjar Gruppe Berlin. The initial novelty of 1.90 meter long Germans folded behind gamelan instruments gave way to appreciation. Even though some parts were interesting, there were some glitches and the set wasn’t tight enough to captivate the audience.

What did become clear at this first well-organized day is the enormous effort the organizers and volunteers put into this festival. We are certainly looking forward to the other events and will keep you posted!