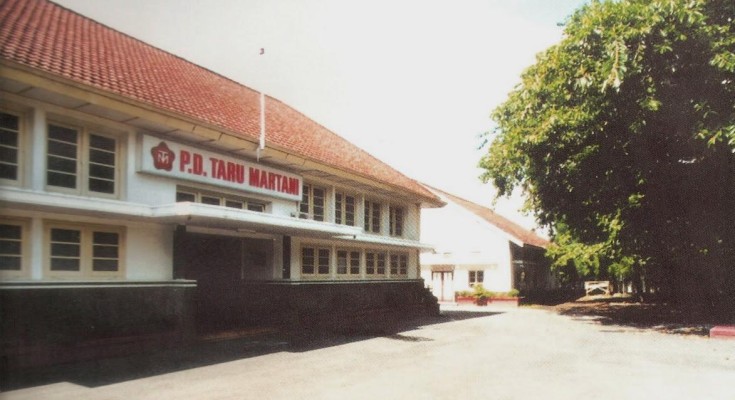 Taru Martani: A Story of Cigars and Indonesia

While its liking of cigarettes is no longer a secret, the fact that Indonesia produces (and consumes) cigars remains less renowned. One of the country’s cigar factories is located in Yogyakarta, called Taru Martani. As a venture that has managed to survive after decades, Taru Martani has become part of Indonesian history.

The habit of “ngobong congor” (burning one’s mouth, Javanese slang for smoking) was already practiced in Java since at least early in the 17th century. A Javanese manuscript from 1601, Babad Ing Sangkal, noted that people began to smoke after the death of Panembahan Senapati, the founder of the Mataram Sultanate of which Yogyakarta was part. It is possible that they were introduced to tobacco by the Dutch who had come in 1596 under the explorer Cornelis de Houtman. By this time, smoking was already common across Europe, tobacco having been imported by Christopher Columbus’ crew from the Caribbean years before.

The Dutch, however, played an important role in spreading smoking in Indonesia. The fact that the Indonesian word rokok (meaning, cigarettes) is derived from the Dutch word roken (to smoke) provides evidence.

But it was not until after 1870 that tobacco factories started to emerge. That year the Agrarian Law was enacted, opening opportunities for foreign businessmen to invest in Dutch-Indies lands. 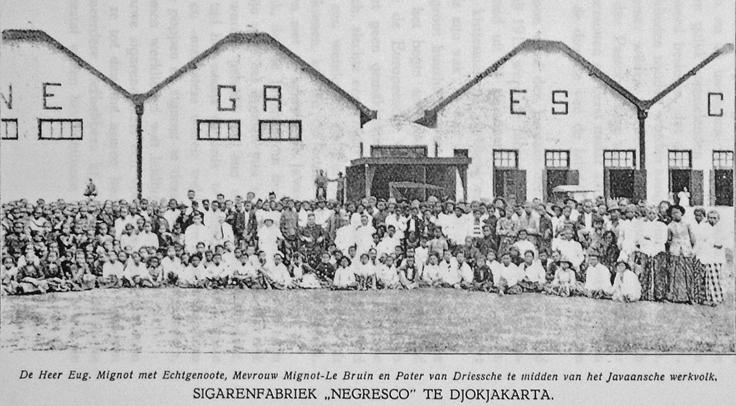 The Leaf that Gives Life

After 1870, foreign businessmen began to come in the Dutch Indies to set up cigar factories. Taru Martani was established in 1918 by Mignot & De Block Cigar Company, which was headquartered in Eindhoven, the Netherlands.

The interests behind the establishment of this factory in Yogyakarta were multifaceted. There were, of course, economic interests as Mignot & De Block attempted to reduce their production cost by employing cheap Javanese labor and coming close to the source of their materials. However, there was a religious interest as well.

The Catholic missionaries in Java suggested that Mignot, himself an observant Catholic, should build a cigar factory in Yogyakarta in order to employ Catholic Javanese people selected by the priests. It was planned by Father Van Lith, a missionary who had been in Java since 1896, to make Catholicism appealing to Javanese. By 1923, Negresco had had as many as 400 workers, from 25 at the start.

Negresco was initially intended to provide for the Dutch soldiers and high officials in Yogyakarta after the lack of cigars due to the World War I. But then, the company saw that the Javanese people were also keen to smoke, thus, they decided to sell cigars around the Dutch Indies too. The business ran so well that by 1930, the factory had reached over 1000 workers.

Along came World War II. The marauding Japanese set foot in Java in 1942, drove away the Dutch, and occupied the island. They took control of everything, including Negresco whose name they changed later into Jawa Tobacco Kojo. The Japanese seized machines from the British-American Tobacco factory in Cirebon and brought them to Yogyakarta to make light cigarettes. Nonetheless, this control went on just as long as the occupation itself, which ended after three years and a half.

When World War II was over in 1945, on the losing side, the Japanese had to flee. Indonesia instantly declared independence and the cigar factory was taken by Sultan Hamengku Buwono IX of Yogyakarta. It was the sultan who renamed the factory ‘Taru Martani’, meaning ‘leaves that give life.’

In 1948, the Dutch turned up again to regain power in the country by attacking Yogyakarta, which had become the seat of the Indonesian government. The factory was soon reclaimed by former owner Mignot & De Block in 1949. But before the factory could start producing again, its machines were taken back by British-American Tobacco. In 1952, the provincial government of Yogyakarta aided by the Bank of Indonesia took over the factory.

Meanwhile, Indonesian politics had yet to become stable. In 1960, the government of Indonesia under President Soekarno nationalized all factories left by the Dutch. Then when the country went through a very hard time during the bloody power shift from Soekarno to Soeharto, Taru Martani was also struggling.

The chaos eventually waned in 1966 and succeeding president Soeharto handed over the factory back to the government of Yogyakarta. 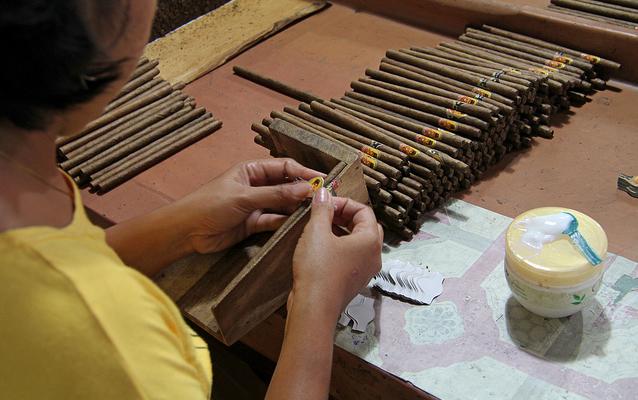 Taru Martani is currently owned by the provincial government of Yogyakarta. Employing around 270 workers, Taru Martani can yield up to 5 million cigars a year, 70% of which are for foreign markets like the Netherlands, Belgium, Germany, the US, France, Taiwan, Australia, and Southeast Asian countries. The cigars it has been making since 1918, Senator and Mundi Victor, are still in production. Taru Martani has also opened its doors for tourist visits.