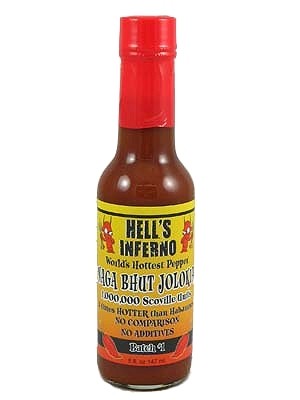 One day, in the middle of the summer of 1976, my step father decided we were going to have a dinner party. He fancied himself as something of a gourmet cook and he decided that he was going to impress everyone with his worldliness and his international culinary expertise by cooking a Nasi Goreng. I had no idea at the time what this exotic sounding dish was or where it came from, but I knew from previous experience that he was bound to screw it up in spectacular fashion so I watched intently as he lined up his ingredients in the kitchen and started to cook. He pranced around from pot to work surface to chopping board and after about two hours ended up with a huge frying pan full of rice and lamb and vegetables. It looked nothing like the Nasi Goreng I know now, but it looked good. I must admit I was very disappointed that nothing had exploded in his face and nothing extremely hot had contacted him in the groin area. In fact nothing at all of any note had seemed to go wrong at all. But there was still time. 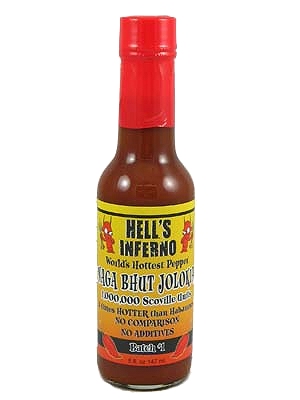 Hell's inferno...what's in a name?

The summer of ’76, for those who weren’t there or don’t remember, was the hottest summer in the UK since records began. On Saturday July 3rd that year, the day my step father chose for his dinner party, temperatures in Gloucestershire reached nearly 36 degrees, making it one of the hottest places in England.

About 6pm people started to arrive and everyone gathered in the garden where the dining table and chairs had been set up. My mother greeted everyone and gave them drinks while my step father paraded around in his “Kiss Me, I’m the Chef” apron. The men drank ice cold beer and the ladies sipped white wine spritzers while they fanned themselves with magazines and paper plates to combat the stifling heat. I guess by 7pm the temperature had gone down to around 30 degrees, and it was at about this time that I followed my step father into the kitchen one last time to help him bring out the food. Before he picked up the huge frying pan he tasted his concoction one last time and decided, to my delight, that it wasn’t nearly spicy enough. He removed the cap from his bottle of  chili sauce and gingerly dripped a few more dark red drops into the pan. Then a pause, then a few more drops, then a shrug of the shoulders and a good firm shake that sent roughly a third of the contents of the bottle into the mix. He stirred everything in vigourously with a wooden spoon then picked up the pan and headed for the garden where our already sweating guests awaited. I inspected the sauce bottle after he had gone. “Hell’s Inferno Chili Sauce. One Million Scoville Units. 200 Times Hotter Than Jalapeno. Use with Extreme Caution.” I made my way out to the garden to watch the fun.

He served everyone directly from the pan with generous portions, then raised his glass in an elaborate and overly sincere toast before encouraging everyone to “dig in”. They did. 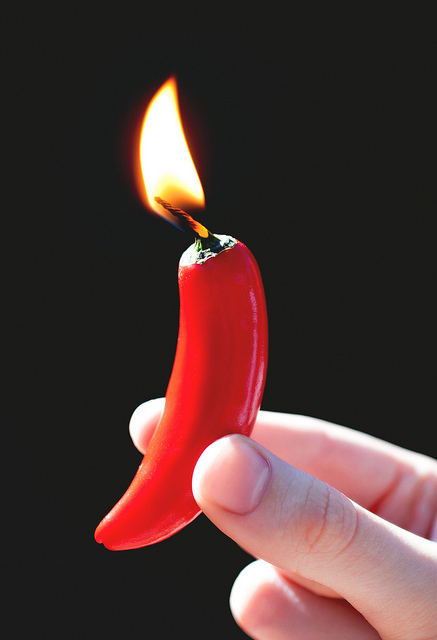 I’d never seen grown men cry before. Cold beers disappeared in an instant. Within seconds women were in the house fighting for turns at the cold water taps. People clutched their throats as their faces turned purple, looking for all the world like they were trying to strangle themselves to death. A struggle for the ice bucket sent the cubes flying onto the grass where they dissolved in seconds as people tried to grab them and stuff them into their mouths.

People actually started throwing up over the garden fence. Echoing screams could be heard as people ran off down the road. My stubborn step father sat alone in the midst of this mayhem and carried on eating like nothing had happened. His face was bright red, his veins were well up and he was drenched from head to foot in sweat, but he refused to admit the obvious. He cleared his plate and actually helped himself to more from the pan. He must have been in agony as he tried to salvage his dignity but he wasn’t giving up. He didn’t go to work the following week so I guess he paid the price. So did I. My stomach muscles ached from the laughing for days afterwards.