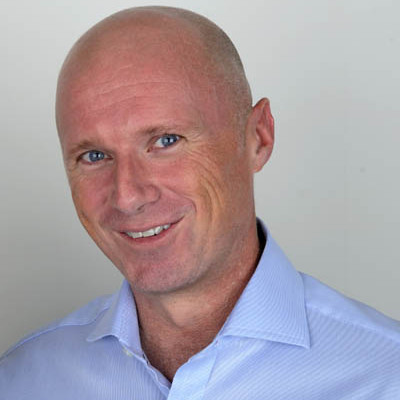 1,250 kilometres in 25 days, from Bali to Jakarta, running through the sweltering 32 degree Equatorial heat

and 75% humidity, dodging trans-Java buses,trucks and breathing in masses of carbon monoxide – does this sound like your worst nightmare? Just in case it didn’t compute the first time, that’s an average of 50 km a day, every day for 25 days, which is the equivalent of 30 back-to-back marathons. Are your legs starting to feel like jelly yet? Surely only a super human could accomplish such a feat.

Enter Scott Thompson. A blue-eyed Scotsman with a huge mission to accomplish this New Year. “I was looking for something extreme, larger than anything I’d ever done before,” Scott tells me. “I did the Sahara Ultra Marathon which was 250 km through the Sahara desert and thought about maybe trying the Yukon Arctic Ultra Marathon. I called several hotels in Jakarta to ask if they have freezers with available space to put a treadmill inside, but the response wasn’t so great…” Then the hundred dollar bet for a Bali to Jakarta run was presented to Scott in the office and from there his mind has been set.

Some may call him fool-hearted, but I say courageous. This run hasn’t been done before and when Scott crosses the finish line, he will be in the Guinness Book of World Records with the fastest run time between Bali and Jakarta. This mammoth run will start at Denpasar’s Ngurah Rai airport on March 8th, 2012 and take him north for three days to catch the Bali Straits ferry at Gilimanuk for the crossing to Banyuwangi-Ketapang. On the ferry, he won’t be enjoying he sights and sounds like the other passengers. He’ll be running, either on the spot or around the ferry deck, ultimately taking the attention away from the sights and sounds for the passengers on the ferry! From Banyuwangi he will follow the road north and turn west across four Javanese Provinces; East Java, Central Java, West Java and Jakarta.

The motive for this race will make you weak at the knees. Raising funds for underprivileged children in Indonesia is Scott’s driving force and all funds raised will go to Mary’s Cancer Kiddies and Yayasan Cinta Anak Bangsa. “I’m trying to raise awareness for these great charities which, although small, do incredible work for children who need help the most.”

This is a physically challenging and dangerous mission, but Scott will have only the best support team behind him for the entirety of this journey. Medic One have sponsored a medic with supplies, G4S are providing the escort car, Adidas are on board for the running shoes, Aqua and Mizone for the hydration and more sponsors are set to join in. So far, a running total of Rp.351,000,000 has already been raised for the charities and as this is a huge run, let’s make the donation huge, too. Scott and his supporters will ask that you join in supporting this fantastic cause and pledge as little or as much as you can to help the children.

As a Brit, Scott admits he doesn’t want to blow his own trumpet and come across as cocky or over confident. “I don’t mean this in a nasty way, but that’s the kind of thing North Americans are good at doing.”

A fair bit of self-belief has to be involved to accomplish this journey. Is it even physically possible? Dangers include heat exhaustion, dehydration, severe blistering of the feet, chafing, pulling or straining of muscles as he’ll be running on uneven terrain, avoiding potholes and automobiles. When Scott ran the Sahara Ultra Marathon, he lost 5 kg and this was over 4 days only. It’s hard to imagine how much he will lose over 25 days in the tropics!

“I know there will be a point where I ask myself ‘Why am I doing this?’ But once it’s done, I’ll relax, have a burger and a beer, and remember only the good things about the experience.”

For more info on the run and how to donate, please visit: www.runningbalitojakarta.com

TAGindonesia Lifestyle Travel
Previous Post Iskandar: a bellwether for improving relations between Singapore and Malaysia?
Next Post AKA – HARD BEAT