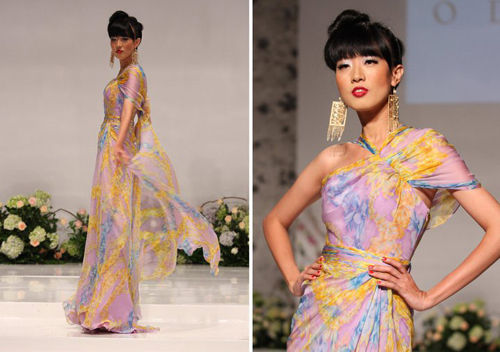 Not Just Another Ugly Duckling Story

To all young girls out there, imagine yourself constantly likened to Olive, the cartoon fictional character Popeye’s love interest, because you are taller than any of your friends and they think you are too lanky. And imagine having to hear a derogatory term thrown your way each day because your mother is Chinese and you inherit her strong jaws and slanted eyes. You are beautiful. But many seem to disagree, including yourself.

If instead of imagining the above descriptions you are reminded of just another day in your life, try this one: Imagine that in a few years from now you are going to become a model, like the woman in this photo.

Her name is Alfaria Jeidy Azahary, an established Indonesian model that has graced runways and pages of fashion magazines, such as Femina, Bazaar Indonesia, Dewi, Elle Indonesia, Kartini, and Amica. Before she was a model, she was “Olive” the “cokin” (the Chinese Olive), just two of the nicknames her peers at Senior High School 90 Jakarta derided her with.

“To the others, my stature was not normal, and I was very thin. I lacked confidence, so I wore large size skirts and shirts, plus a pair of spectacles,” Jeidy, as she is always called, said. “My seniors would order me around, telling me to carry a bucket and a mop for no reason. Even my teacher said I was stupid because I was too tall that my brain and my body were too far apart.” 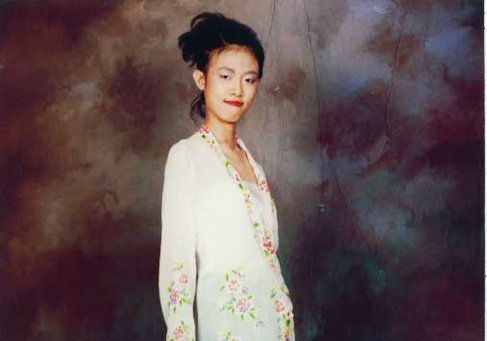 The harsh treatments and words took a toll for some time. Jeidy became quiet and introverted, and every now and then would escape into fantasies. Things began to change when she decided to join her school’s theater group.

“I channeled all my wild imaginations into the extracurricular activity. I shaped a new character for myself, the character I wanted to become, a person who is more perceptive of her surroundings,” she said. “So in a way, the bullying experience motivated me to become who I am now — confident, sociable, relatable, aware of the conditions of the people around me, and definitely more thankful.”

The 28-year-old graduate of Jakarta’s London School of Public Relations indeed has a lot to be thankful for. Wanting to help her mother’s home tailoring business after having graduated high school, she signed up at famous designer Adjie Notonegoro’s class to learn to apply sequins. It did not take the fashion designer long to realize that Jeidy had something else to offer to the industry.

“He pushed me to become a model. I did not believe him at first. It was hard for me to see myself as a normal human being, let alone a beautiful woman,” said Jeidy, who also teaches modeling and personality development at 3 Pentas Production at Serpong’s Summarecon and London School of Public Relations’ STIKOM Modeling Club. “But Adjie Notonegoro transformed me. I was trained for three months to become a professional model at his modeling school and agency, Flash Fashion Model.” 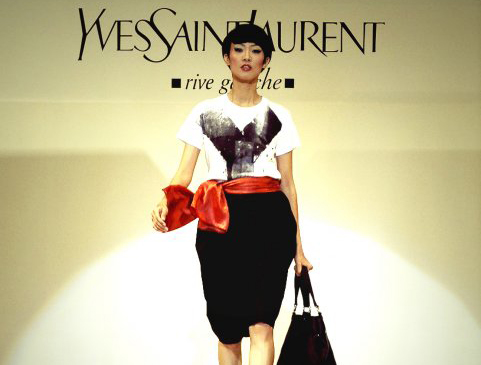 Being a Role Model

Her newfound calling led her to a totally different direction, and it has been an ongoing journey. After the training, the same agency offered Jeidy a two-year contract to work as a professional model, and she got to visit Singapore, Vietnam, and India to do fashion shows. She then became a face of Femina, one of Indonesia’s top women’s magazines, for which Jeidy has modeled up until now. She has walked on different runways, such as in Jakarta Fashion Week, Jakarta Fashion and Food Festival, and Adjie Notonegoro’s solo show in Hanoi. When not posing on runways or in front of the camera, Jeidy can be found talking in seminars about fashion and personality development.

“Modeling gave me the confidence I never knew I had. My oriental face and my skinny body, things that people found laughable, turned out to be a big asset not everyone is blessed to have,” Jeidy said.

Jeidy encourages young people to make a stance against bullying in the forms of verbal and physical abuses. “Also, fill your days with positive activities at school or outside the school environment. Schools should also be encouraged to cooperate with organizations or groups that focus on or have anti-bullying programs,” she said.