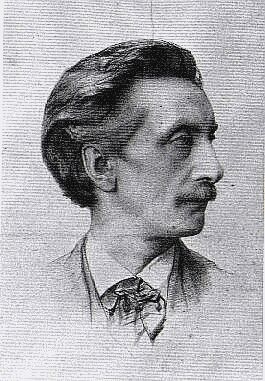 Adapting a literary work into a film is a tricky business. One is faced with so many questions of how to best represent the literariness of a novel or a multi-volume historical epic in a two-hour feature film. Screenplay writers and directors must weigh their decisions on how much of the original piece is transformed into the screenplay and ultimately onto the actual sequences of the edited product. In my opinion, a directors’ interpretation is just as legitimate as the author’s intention or non-intention. But it’s a whole another business when it comes to adapting a historical novel, most especially, one that involves a dark period of one country’s colonial past. 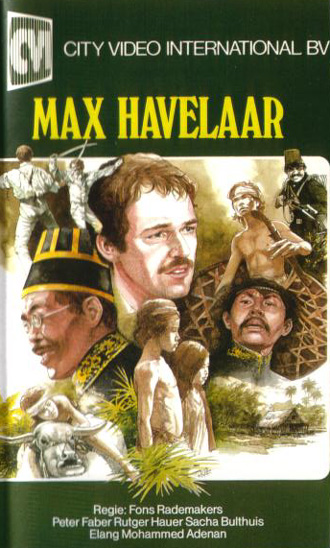 Max Havelaar, the film was first released in 1976

Max Havelaar is an undisputed classic in the pantheon of Dutch literary canons. Its filmic adaptation is made by Fons Rademakers (1920-2007) in 1976 as a collaborative project of Indonesian and Dutch film industry at the time [although due to Suharto’s paranoid regime, the film was banned from distribution and exhibition in Indonesia until the 1990s]. Up until this day, not many Indonesians have read the book or seen the film, even though most know of its existence. Watching it on DVD recently, I am fascinated by the visual quality of the film [obviously recorded in Panavision and printed on 35mm] as it attests to the ambitious production values shown in its elaborate settings, complicated staging, intricate lighting and a large ensemble of both Indonesian and Dutch cast. It must have been a challenge to recreate the late 19th century colonial houses occupied by the Dutch colonial administrator in the northwestern part of West Java filled with its authentic furniture and kelambu beds.  Other than that, cinematographer Jan de Bont showcases a great finesse of techniques that in the context of the 1970s is sophisticated to say the least, such as in the jungle chase scene involving the local protagonists, Saidjah and Adinda, escaping the capture from the Regent’s mercenaries. The only thing that makes me cringe is the highly-theatrical acting that may not be that surprising looking at the tradition of the actors, although then-young Rutger Hauer managed to play rather natural. But other than that, I am amazed by the fluency in Bahasa Indonesia that the main actors exhibit throughout. It is also mesmerizing to see talented Indonesian senior actors and actresses play important roles: Rima Melati as the widowed Nyonya Slotering, Piet Burnama as the Djaksa in residence and Maruli Sitompul as the Demang of the Adipati Karta.

Music is downplayed to a minimalistic level. Other than the sourced gamelan music and the classical music played during the Dutch official banquet, no musical score or soundtrack is used to pump up emotions or suspense like we encounter so much in Hollywood blockbusters. So, stylistically, I would say that this film adaptation succeeds to enrich the novel’s authenticity.

But what about its narrative? As we know from the original novel, the story revolves around Max Havelaar, an Assistant-Resident of the Dutch East Indies colonial government in Lebak [close to Serang and Pandeglang in Northwest of West Java]. Sent to the region by the General Governor at the time to replace the former deceased Assistant-Resident, Slotering, to manage Lebak to become a productive region in the service of the Kingdom of the Netherlands that confiscated all of the VOC’s colonial posts a century earlier.

Earlier in the plot, the former Assistant-Resident was poisoned by the adipati (Regent) of the regency, Raden Adipati Karta Nata Negara, for he was unwilling to cooperate and undermined the adipati’s ruling over his people. So from this moment on since Max Havelaar arrives, his preoccupation is filled with not only appalling discoveries of the adipati’s unjust treatment of the local population but also the corruptive practices perpetrated by the adipati and the Dutch government officials such as the Resident. Havelaar determines to guarantee the locals’ (inlanders) welfare and just treatment by making sure that the adipati is well fed and secured financially. For he believes in the logic that if the oppressor is content that there is no need for him to oppress no more. But this is a naivety coming from his side because the adipati still robs and rapes his people. And the Dutch officials although fully aware of this inhumane treatment pretend not to know, whenever they see or hear anything about it. Instead they bribe the adipati to conspire against Max Havelaar. In the end they manage to get rid of him as Havelaar finds out that he will be transferred to Ngawi.

This means the end to his fight against crimes against the Indonesians by both oppressors: the colonial Dutch and the greedy local aristocrats. Havelaar prefers to resign from his position as an act of protest with a hope that once he meets the Governor General himself, he will be able to forward the case to the Governor so he can put an end to the misery that Lebak villagers have been suffering from. But the layers of political corruption proof impenetrable and Havelaar is not able to even reach the Governor. In dismay, he lashes out in anguish; his rage is exploding toward the prolonged injustice and maltreatment on Indonesian in the name of a European supremacy and wealth.

In this case, the good guy doesn’t win. At least not Max Havelaar. But on the other side, Multatuli a.k.a Dr. Douwes Dekker, whose experiences became the source of Max Havelaar’s narrative are more successful than the fictional character Max Havelaar. When it was published in 1860, the work caused political uproar that put humanity issues of the native population of the Dutch Indies into question.

A statue of Multatuli in Amsterdam

Douwes Dekker contends that although Max Havelaar is a fictional character, most of the events and incidents are facts based on his own experiences as an Assistant-Resident in Java. While many doubt the matter-of-factness of these events depicted in the story, nobody at the time stood up to challenge Douwes Dekker, not even during the International Congress for the Promotion of Social Sciences in 1863 at Amsterdam. The Dutch Parliament was shocked because of this publication yet no one dared to contest Dekker’s presentation of facts.

Not to romanticize Dekker’s significant contribution to the exposition of cruel colonial mistreatment and racism to the population of the Netherlands and Europe at large, I must also point out that the complexities in the narrative make him, one of the most masterfully bold literary writer who serves an example of how arts can have impact on a problematic world.  As Alphonse Nahuÿs writes in his preface to the first English translation of Max Havelaar, “Max Havelaar is immortal, not because of literary art or talent, but because of the cause he advocates.”  And this filmic adaptation enriches the immortality of the original work, because if there is any meaning to be distilled out of Max Havelaar at all, a question that is just as relevant today as it was in 1860, it would come in the form of a question: Who is more corruptive? The colonizer or the colonized? Or are both just as bad? Max Havelaar’s final words in the film, to the king of the Netherlands  are: ‘And that there, over 30 million subjects are ABUSED AND EXTORTED IN YOUR NAME?’

For more information, please check out the website of the Multatuli-Museum in Amsterdam.