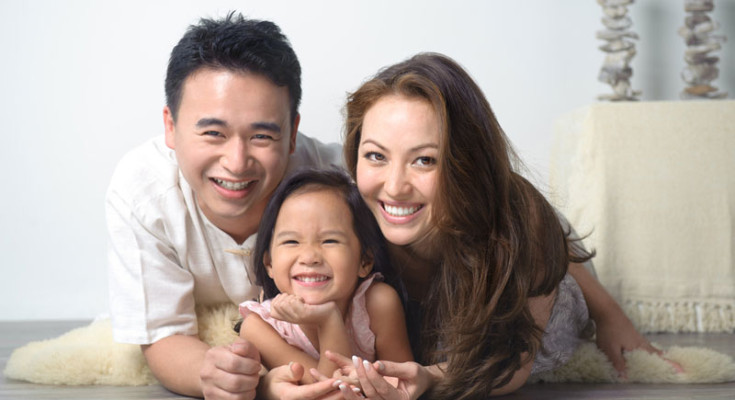 Mixed Marriage – Is it About Love or Economic Benefit? 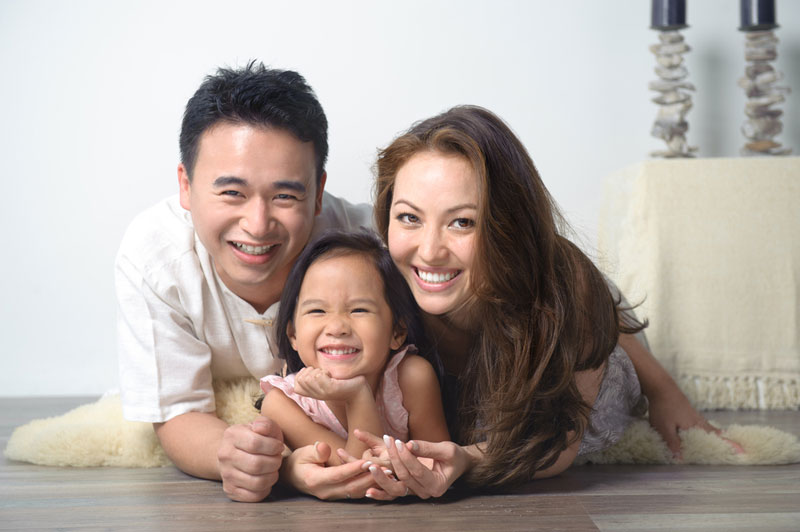 Photo by Merzzie at Shutterstock

I boarded a worn-out, noisy bus in Tawangmangu, hoping for a decent seat where I could relax and take a nap on my trip to Solo. But, within minutes, the woman next to me started chattering in my ear and my idea of getting some rest rapidly vanished.

“My son is dating a girl from Brunei Darussalam”, she said proudly and proceeded to tell me all about him – how he works in a motorcycle shop in a tiny, wealthy state in north Borneo, makes good money in his after-hours job and is now about to take part in an intercultural marriage (with prospects of a possible larger fortune).

“My neighbor married a Dutchman and they have been living next door for more than five years,” she continued. Her following comment irked me. “Before her marriage, she had nothing. Now she owns several houses and land, some of them in Tawangmangu”. 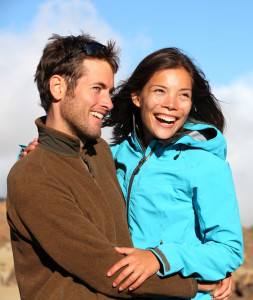 Photo by Maridav at Shutterstock

Intercultural marriage in Indonesia is sometimes a direct consequence of globalization. Like the woman in this story, many Indonesians seem to view intercultural marriage as the best way out of their economic marginalization. The Chairman of the Indonesian Trade Chamber, Mr. Suryo Bambang Sulistyo, recently told the Jakarta Post that more than 8.4 million Indonesians were unemployed last year and that the rate of unemployment is steadily increasing every year with 2.91 million jobseekers competing for approximately 1.6 million new jobs. The problem is exacerbated since only 5.7 percent of the jobseekers possess a bachelor degree or higher. In order to accommodate all Indonesians, Mr. Suryo said, the country needs to grow by eight percent every year, instead of the present rate of 6.5 percent.

Meanwhile, government-friendly reports on economic growth encourage an increasing number of foreigners from around the world to try their luck in Indonesia. Various online resources estimate there are more 83,000 foreigners currently living in Indonesia. Manpower statistics showed a working expat population of 45,981 on May 2010, showing a huge increase from 15,205 expats in 2008.

Based on nationality, statistics show that European workers are at the top of the list (after Asians) totaling 1,485 people. Americans come second with 1,316; followed by 1,196 Australians. In April 2012, Bali’s Ministry of Manpower reported there were more than 2,062 foreigners working on Bali, mainly in the tourism sector. This melting pot of cultures sometimes ends up in intercultural marriages but statistics are hard to come by.

Do intercultural marriages stem from economic considerations? Ms. Ries Woodhouse, the patroness of Srikandi, an association of Indonesian women in multinational marriages, acknowledges the possibility but believes couples stay together primarily because they are in love.

“Every woman has her own reasons for engaging in intercultural marriage, but the relationship should develop naturally,” Ms Woodhouse was quoted in Surabaya newspaper Jawa Pos. “But not all marriages are born out of love as there is sometimes economic motivation and personal satisfaction at play.”

Photo by Creativa at Shutterstock

Indonesia is becoming more and more open to foreigners, who are welcomed with open arms.

More 400 Indonesian women are part of this organization and, in 2005, Ms. Woodhouse set up Keluarga Perkawinan Campuran Melalui Tangan Ibu (KPC Melati—Mixed Marriage Family Through Mother’s Hand) with her friend, Ida Friggeri. Now a world-wide organization, KPC Melati has branches across the world and provides a place for intercultural couples to receive support in the form of ideas, experiences and materials.

KPC Melati publicly advocated dual citizenship before the Indonesian legislation passed a bill on intercultural marriage in 2006 which also allows mothers to keep their rights over their children.

According to Ms. Friggeri, there are many similar organizations dealing with intercultural marriage which have their origin in KPC Melati. There’s the Indo Mixed Couples (Indo MC) in France, and Couples of Cross Culture Club (C4) in Jakarta. They can be contacted through Ms. Marilyn Ardipradja at 0816-1459347 or marilyn.ardipradja@yahoo.com and Ala Sulistyono at 0817-119128 or alas@cbn.net.id.

Another cross cultural organization is Diana, which stands for Dialog Antarbangsa (Dialogue Among Nations) and focuses on Indonesian women married to German men. In 2008, Masyarakat Perkawinan Campuran Indonesia (Perca – Mixed Marriage Society of Indonesia) was launched and Aliansi Pelangi Antarbangsa (APAB – Among Nations Rainbow Alliance) is a coalition of various groups involved in or concerned with mixed marriages within and outside Indonesia. For more information, contact marilyn.ardipradja@yahoo.com.

Indonesian writers have also entered the arena in providing useful information on the subject. Ten of them compiled their articles in Nikah Sama Bule (Married to a Foreigner) outlining the joys and sorrows of mixed marriage and Richard Miles, an Australian tourist, shared his views in Bule Juga Manusia (A Foreigner is Human Too), published in 2010.

Latitudes: In the Mix

In this series we talked to people with a mixed Asian background. Have these colorful roots entangled them? Confused them? In what way has their heritage formed their identity, how do they look at the world & how the world looks at them? In the next weeks we will re-publish this series, because the articles and interviews were well read at Latitudes.nu. And because it’s so nice to see all these couples again.