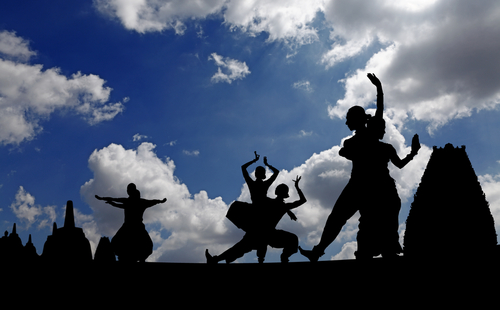 Love, Sex, and Harmony: Bedtime Stories from the Heart of Java 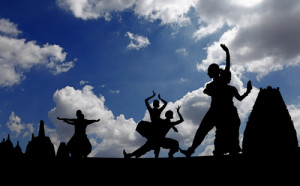 Most of us have heard of India’s Kama Sutra and Tunisia’s Perfumed Garden. Every ancient agricultural society has its own celebration of fertility, sensual pleasure, and romance.

Java is no exception. But with the advent of sociopolitical conservatism in Indonesia, it is hard to imagine the existence of a Javanese sex book that “keeps it real” without losing its civilised finesse and religious compass.

Serat Centhini is a poetic anthology of Javanese tales and wisdom, commissioned by Prince Pakubuwono V of the Surakarta Sunanate in 1814. In the interest of compiling a written record of the entire Javanese cultural heritage, the Prince sent two royal scribes on a journey across Java, and another one to Mecca.

Tradition speculates that Centhini was chaste when the scribes completed it, but the Prince “sexified” it. Centhini was then a holy book in the royal palace, which the Prince read for pleasure at bedtime. After a short reign of five years, the polyamorous Prince died of syphilis.

Since then, the original scriptures went missing, but not before scribes copied its manuscript. They are now housed in the Yogyakarta and Surakarta palaces, the University of Leiden, and in the possession of variouscollectors. Despite the fact that most Javanese commoners have never read Centhini, its verses permeated the folk’s culture through music and arts. The Jogja HipHop Foundation has even made raps out of them.

In 2006, Dr Soewito Santoso and Kestity Pringgoharjono’s condensed English version of “The Centhini Story” was published. It follows the lives and trans-Java wanderings of adolescent brothers Jayengresmi, Jayengsari, and Mas Cabolang. Jayengresmi and Jayengsari were the sons of a 16th century East Javanese monarch who went into exile and journeyed separately. Cabolang is Jayengsari’s adoptive brother in exile, who fled his father’s house for a coming-of-age “adventure.”

“Cabolang is the most curious one, he tried ‘everything’. Jayengresmi, in contrast, is the good boy, the pious one, but his story ends with a twist,” said Kestity, showing her colour-coded sticky-marked book–perhaps 75% of which contain sexual references. Despite Centhini being an Islamic text, it refers to Hindu-Buddhist principles such as the four essentials: artha (gaining wealth), kama (worldly pleasure and harmony), dharma 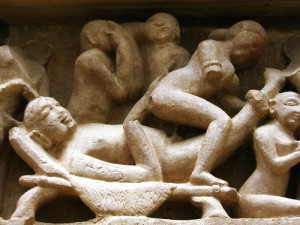 (practicing religious teachings and philanthropy), and moksha (liberation from worldly desires). Artha and kama are the assets that enable one to perform dharma and eventually attain moksha. Sex is an element of kama. “Sex can make one love or hate another,” said Kestity. “To have a harmonious relationship, a couple needs a healthy sex life. It guarantees the happiness of the family, and is one of life’s purposes. That’s why in his pre-adulthood journey, Cabolang searches for his identity and soul mate.” Cabolang falls in love with four female students at a hermitage and marries them after solving a naughty riddle. Having difficulty satisfying four women, Cabolang learns the hermit’s science of amorous play: one at a time in bed, visual and auditory pleasure, conversation, kisses, and making sure every wife gets a turn. But after successfully practicing it, Cabolang divorced his wives and continues his journey eastbound.

Further in the journey, Cabolang learns to look for the qualities of a good wife: a good background, good manners, patience, charm, and a compassionate heart. Other lessons include the anatomy of pleasure, lovemaking moves for every day of the month, and prayers to chant during sex to protect the marriage. “Safeguarding marriage is a two-way street, so Centhini also tells men what women want in a husband, lest the woman falls for another man who has it better. The man is responsible for gaining status, a sense of enjoyment, skills in earning a living, sufficient wealth, and good looks. The Javanese have thought of these ideas for centuries,” said Kestity.

Cabolang’s journey goes wilder as he and his band learn about the Prambanan incest scandals, spend time with Mataram’s ronggengs (female trance dancers hired to sleep with other people’s husbands for good luck in the family) and Ponorogo’s jathils (cross-dressing gay dancers), have a homosexual affair with the regent of Wirosobo, and get arrested for sleeping with married aristocratic women.

But sex is only one of the elements to living a fulfilled life, which calls for solid foundations outside the bedroom.

“Part of kama is also building a good home, and thus the chapters on constructing a good house, selecting wood for it, and treating the wood to make it lastingly robust. It’s not like today where industries just put wood in the oven and it becomes brittle in a few years time,” said Kestity. “And then there’s advice on selecting nutritious foods, and recipes for Javanese medicine. It takes shelter, food, and clothing to make a home, and Centhini addresses them all.”

For a work of fiction, Centhini has amazingly accurate geographical references. “The Centhini Story” photographer Fendi Siregar spent two-and-a-half years following the Centhini trail. Surprisingly, many places that seem mythical actually exist. Perhaps the most phenomenal of these is the tunnel connecting the saltwater volcanic geyser of Bleduk Kuwu (Grobogan, Central Java) with the Indian Ocean through Java’s South Coast.

To a lay reader, the mention of such a tunnel in Centhini sounds like pure fantasy–especially given Bleduk Kuwu’s distance from any coast. Legend has it that while lusting after a village beauty, King Joko pronounced a spell that caused his seed and her egg to fall to the ground, and the virtual union produced a dragon. To gain the King’s acknowledgement, the dragon must defeat the White Crocodile of the South Ocean. After winning the battle, the Queen of the South Ocean gave her daughter in marriage to the dragon. After the wedding and coronation, the dragon travels home to King Joko; but in order to protect his bride, travels through a secret underground tunnel passing through Kuwu.

“This is ancient knowledge, packaged in the form of a legend,” said Kestity. “Unfortunately, when Fendi visited the geyser to take photos, it was full of garbage and needed serious cleanup. People today just don’t know its significance. Even the local authorities were apathetical about the geyser’s condition, which is a pity because with better care, it could be a fascinating travel destination.”

Kestity said there are still no plans to publish “The Centhini Story” in Indonesian. “It would be interesting, but I don’t know yet how Indonesians would react to it,” she said. “Since Indonesian culture is very communal, it is often unacceptable to have different views. We are still learning how to appreciate differences, and to agree to disagree,” Kestity added, referring to the rise of sex-negative religious conservatism in Indonesia. “Our youth is often frustrated with our culture’s lack of freedom of expression and its cookie-cutter tendencies.” “But Centhini follows the story of contrasting characters. Sometimes you just have to be adventurous, get into trouble, and learn the hard way. That’s life.”