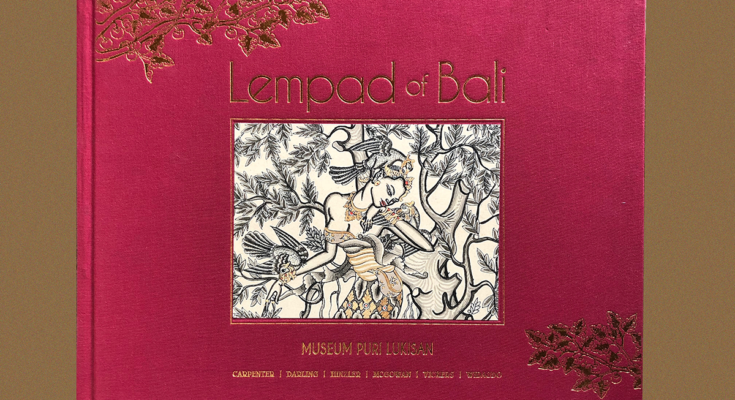 Lempad of Bali. A book 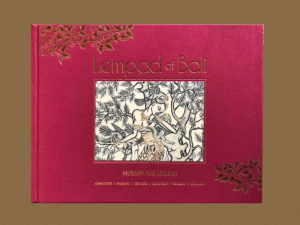 I Gusti Nyoman Lempad, who died in 1978, is an acknowledged icon of Balinese art with a reputation that is unsurpassed. Considered one of the first modern Balinese artists, Lempad’s contribution to the development of Balinese art during its most revolutionary period, from 1930 to 1945, is not his only achievement. Prior to the 1920s he was renowned for his innovations in architecture. After the 1920s he began drawing and became famous for his line drawings that were a futuristic adaptation of figures from the wayang pantheon.

Recognizing his son’s artistic talent before the age of 10, Lempad’s father Gusti Mayukan, an undagi or traditional Balinese architect, put his young son to work assisting him on his many building projects. In his teen years, Lempad and his father sought political asylum with the royal family of royal family of Ubud at Puri Ubud, after fleeing their home kingdom of Belahbatuh, south of Ubud. Their timing was perfect as Puri Ubud was in the process of rebuilding, and their skills were welcomed. This began a long relationship, still lasting until today with Puri Ubud.

Lempad was instrumental in the development of the Pita Maha artists’ collective that was formed in 1936 by the king of Ubud, Tjokorda Gede Agung Sukawati, and foreign artists Walter Spies and Rudolf Bonnet. Pita Maha monitored the progress of a new and developing genre of art, Balinese modern traditional art, while forging new national and international markets for local paintings and woodcarvings. Not only was Lempad responsible for a new style of Balinese art aesthetics that featured elongated and distorted figures, he also adopted a sense of space into his compositions that was new and invigorating. He carefully utilized empty areas of white paper in his works that emphasized the brilliance of his figurative line drawings, while the balance of composition then became essential. Lempad was also a master sculptor of temple statues, masks, a maker of wayang puppets, and an expert in the making of cremation towers and sarcophagi. He also helped in designing and building the Museum Puri Lukisan from 1953 to 1955, Ubud’s oldest and most important art museum.

It was Lempad’s natural imaginative and innovative ability in expressing old stories anew, along with the strength of his flowing, pure and defined lines that revolutionized Balinese art. At the time Balinese paintings were characterized by crowded compositions in which part of the surface of the canvas was covered with narrative information and motifs. Lempad introduced a space into his compositions that was aesthetically fresh and strong.

“Lempad of Bali” is the first comprehensive catalogue of the artist’s life and work. At 400-plus pages with about 500 images and reproductions of drawings from the 1930s to 1970s, it features biographical and interpretive essays by scholars and close observers of Bali’s arts and culture, including Bruce Carpenter, John Darling, Hedi Hinzler, Kaja McGowan, Adrian Vickers, and Museum Puri Lukisan curator Soemantri Widagdo.  Other institutions participating in the book include the Library of Congress, the American Museum of Natural History, the San Francisco Asian Art Museum, Leiden University, Leiden Ethnographic Museum, Delft Nusantara Museum, Vienna Ethnographic Museum, Cornell University, the Gallery of New South Wales and Sydney University.

While his contribution to the development of Balinese art and architecture, Lempad gained much attention from the local art community as well as from foreign anthropologists, researchers and artists who lived in Bali during the 1920s and 1930s. Over his lifetime Lempad completed a body of work that has since been unmatched, and now it’s finally time to recognize his matchlessness.