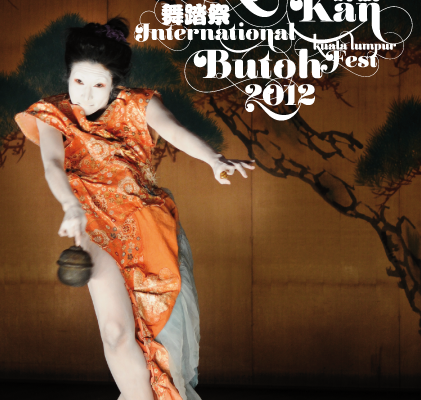 It’s so much easier to write about a nice or even a good performance than about a brilliant one like Butterfly Lovers. Sometimes, just sometimes you experience a performance that just touches you. For reasons unknown you’re mesmerized. Is it enough to be silent? Why deconstruct your feelings and try to put in into words? If I would give it a try I would say the beauty of the piece was the synchronization of the music and the dance. All the stages a love affair can go through where both visually and aurally present. 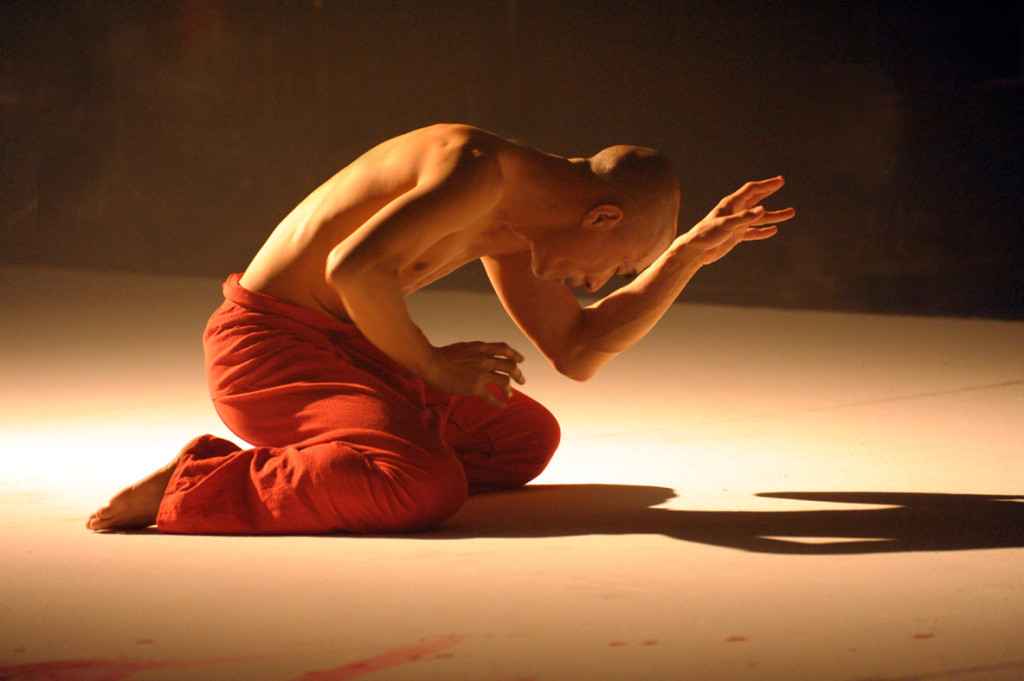 Lee Swee Keong was born in 1967 and studied ballet, modern dance, yoga and graphic design. He is an artistic director and the founder of Nyoba Kan, Malaysia’s only Butoh dance company. It employs a fusion of Butoh, meditation and Zen philosophy to “gain a deeper understanding of the universe and shed light on the twin concepts of ‘existence’ and ‘emptiness’.”

Butoh for Lee Swee Keong is about the reality very deep inside us, the one that we cover up. That kind of ugliness, bodoh-ness, is something we all have. When it first appeared in Japan it was very controversial, because the philosophy of butoh is to question the meaning of the Japanese body. Butoh in Japan reflects on living in a small home with many limits. Lee Swee Keong says he’s not performing butoh in the Japanese style: “I’m looking for the meaning of the Malaysian body. I wouldn’t say I have got the answer, yet; but I know I have it in me.” I saw two of their performances and was ‘sold’.

Butterfly lovers is based on an old Chinese love story, a Chinese version of Romeo and Juliet. It explores the themes of human relationships and emotions through a Zen perspective. It fuses music from the East and West, as well as dance and physical movements in a theatrical production. It was performed and choreographed by Lee Swee Keong and directed by Woon Fook Sen and Lee Swee Keong.

Lee Swee Keong is a riveting performer with a taste for the unconventional. His approach is at once bizarre, unfathomable, and exciting and these signature traits have taken him to local and international stages. In this performance the solo dance and live music interaction are in harmony and they intensify each other. East and West, traditional and modern combine as the sounds of the piano and violin merge with GuQin, Di Zin, percussion and electronics in an unforgettable fusion of music. Lee Swee Keong danced gracefully, sometimes soft and other times violent, strong, grotesque, full of sorrow and in despair. All the human emotions were portrayed, but in the end we choose the way we want to go.

The changing of the costumes and characters was fluent and natural, so you were swept from one emotion into the next. They took the viewers on a journey of love and transformation. This performance transcended cultures. The next day I was still somewhere in wonderland…

Catan Kulit or Painted Skin was made in collaboration with Indonesia’s Agung Gunawan, who was also one of the dancers. Focus point were the masks the dancers were wearing. Or as Lee Swee Keong puts it: ‘We believe that each and every mask has its own character and meaning. The mask has got great energies. We hope that different masks could exude different body movements, anchoring on the impulse of dance. This will heighten the drama in the theatre.’

The performance started outside on a small field next to the KLPac building. When the first sounds from a ‘singing bowl’ came on, my attention was solely on the performers. It was eerie, disturbing and beautiful at the same time. The movements could be awkward and jerking but also graceful and enchanting. I was constantly left in suspense. After the introduction we went to the theatre. Lee Swee Keong introduced the performance, based on a story from Pu Song Ling, to us. Important, he said though, was not to try to understand or derive a story but to experience and appreciate the beauty of the dance. The dancers were graceful, soft and strong, curious and grotesque. They took us on a journey of transformation and image beyond what you already know. 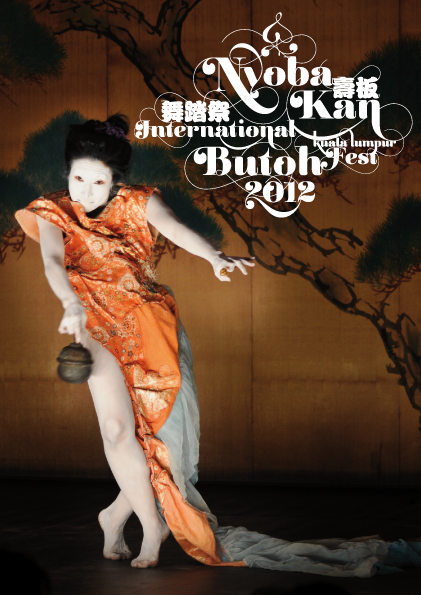 Nyoba Kan will organize the 5th Nyoba Kan International Butoh Festival 2012. The event will be held from 9 November – 9 December. Check it out on: www.nyobakan.com.my/ or www.nyobakan.blogspot.com. You can also find them on Facebook.

There will be a diverse range of activities from performances, lectures, workshops to exhibitions. Participating are artists from Japan, Nigeria, France, Indonesia and Malaysia. Definitely something to look out for!