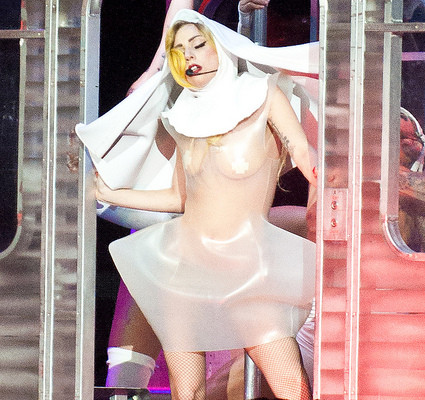 Lady Gaga, Hard-liners and The Police in Indonesia 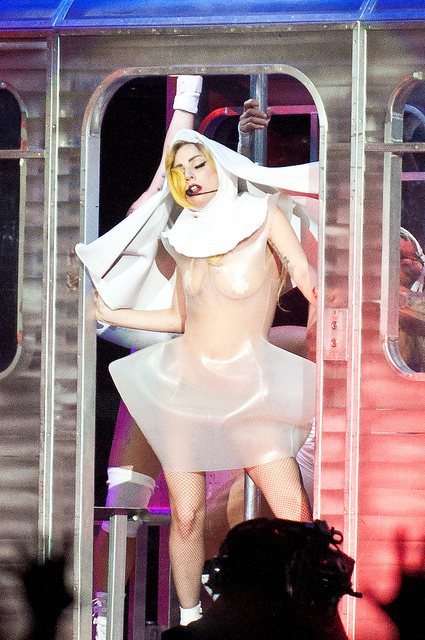 Lady GaGa in Atlanta, By Will Folsom

In a corrupt society, such as Indonesia, good and evil are often found on the same surface of the coin, which in turn holds the majority down. The police, in some cases, could exchange their roles with civilians and vice versa; endangering the existing rules and norms and making both vulnerable to manipulation or division. The latest example was the concert of Lady Gaga, where many people believe the police were under civilian control.

Is Lady Gaga as powerful and influential as some Indonesian hardliners think she is?  Ms. Gaga, according to them, is a monster and devil worshipper who would pervasively poison the minds of Indonesians, putting down our much-prized moral values. This was the very same reason underpinning her awaited concert in Indonesia on June 3, 2012, as the hardliners appeared on television and radio talkshows, seminars and even conducted rallies involving their children. But is this a recent phenomenon? What were its roots?

The New Order regime under Soeharto was notorious for what we call social engineering. Everything could be engineered; the ruler could utilise everything for good or bad. Want to raise power? Kill millions of people in what international viewers call a crippled coup, which marked the beginning of Soeharto’s power in the country. Want to enforce public compliance? Provide them with the right uniforms. Want to refuse the appointment of a certain figure into high office? Create violence in the country. Want to get more international support? Create chaos in various part of the country, especially in the most remote areas. But the act of civilians exchanging roles with the police is probably a new phenomenon under the reformation era, which could be traced days after Soeharto’s fall.

After the fall of Soeharto, some of the leading hard-liners in exile returned to the country; to spread their idea of a better life according to Islamic Law. But the most shocking event was the death sentence given to an adulterer in Ambon. Tempo a Jakarta based leading magazine wrote at the time: “The torso of Abdul Rohim, 31, was buried up to the chest. It was on Tuesday, 27 of March 2001 in Kampung Ahuru, Ambon, where thousands of eyes become the witnesses of the first death sentence by stoning according to Islamic Law (rajam) in the country by the Laskar Jihad Ahlussunah Wal Jamaah group. The father of the three children was found guilty to have had sex with a thirteen year old girl. He had confessed guilty and sincerely accepted the punishment. And although he had the chance to deny the accusations, he refused. Abdul, under the sun, amid tears of his friends, had only one last request; to kiss the hand of Ustad Ja’far Umar Thalib, the leader. Ja’far extended his hand and after a while, hundreds of stones harshly hit Abdul’s head. He was dead. The event even was widely exposed through group sites on the internet. The Laskar claim the death sentence was based on the practices of the era of Prophet.”

The actions of Laskar Jihad were just the beginning, presenting a glimpse on how the hard-liners are trying to implement their versions of Islamic Law.  But on Friday, May 4, 2001, Ja’far was arrested at Juanda Airport in Surabaya, East Java. On his arrest Laskar Jihad’s deputy commander Aip Syarifuddin contended that Ja’far’s arrest clearly came with intense political pressure, supported by an international conspiracy, to stop the growth of religious consciousness in Indonesia.

Aip told the press that 21 lawyers had offered their services to defend Ja’far, including legislator Hartono Mardjono. Separately, Hartono, who is in the House of Representatives Commission II on legal affairs, said that he had offered his services to Ja’far since he felt the charges against Ja’far, particularly the charge of causing another person’s death, was unfair.

Such claims were commonly held in this country hereafter. And what is the logic behind it?  It has nothing to do with logic. It’s all about power. Many people believe that hard-liners and extreme groups have invisible hands paralyzing the law enforcement. It seems like a reasonable claim when the police are so weak in the front of the hard-liners.