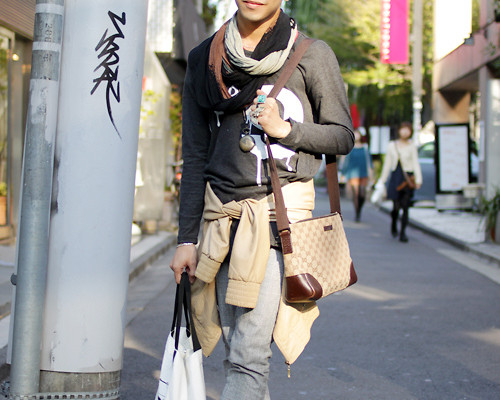 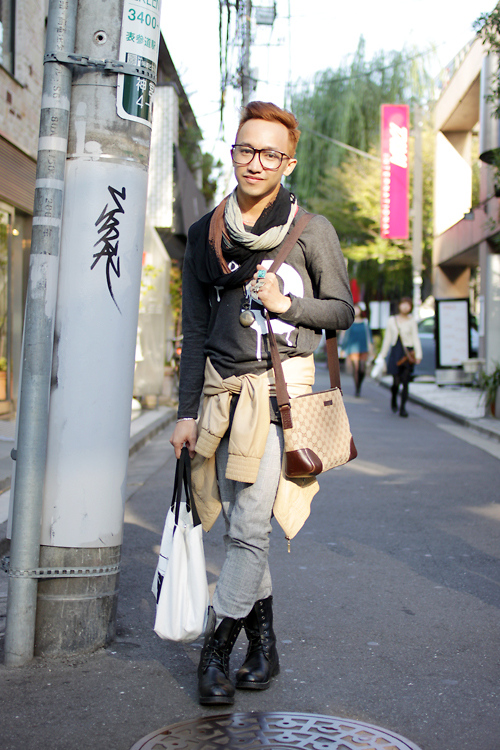 Jun Rodino Artajo seems to be doing to too much. And he doesn’t know when to stop.

And why should he? He’s definitely going places (in fabulous outfits, of course) now that his life in the fashion world has taken off after he waves in a design contest that’s said to be a gateway to the fashion industry.

His creation called Dreamweaver was selected as one of the top 50 (out of 2,500!) to strut the ramp of Meguro Gajoen Hotel for the Japan Fashion Design Contest. And being a finalist wasn’t just what he ended up with: Dreamweaver zoomed past the others as it won second place in the competition, beating designs of fashion students and designers from France, Russia, Belgium, and Germany.

Junnie, as we would call him, also took home a special award from a Japan-based fashion newspaper called Senken Shimbun.

His unusual fascination for weaves and gradients were the building blocks of his creation. “My inspiration is the weaving pattern of Kalakat, a walling material for houses in the Philippines using bamboo slats or bark of palm oil,” he shared. “I was inspired to translate its Ikat-like pattern into apparel by further manipulating the large-scale weaving techniques into gradating episodes.”

I envision the woman in this interpretation as somebody who is weaved of a phenomenal diversity of influences between oriental and occidental, past and future, local and global.”

Junnie with his model, (2nd pair from right) stands proud during the 49th Japan Fashion Design contest in Tokyo.

The ensemble is dominated with gradients of black and brown (with hints of red and orange), colors which Junnie thinks are the safest to use in design competitions. “They are elegant and they aptly describe the fall season to me,” he said in this interview.

The headgear and the puffy shorts are made out of dyed jute sack; the gloves are made with the same material and were even spruced up with abaca twine.

The main piece of Dreamweaver, which took him 2 days to design and 30 days to produce, is made out of abaca twine and was twill weaved using a tool he inherited from his mother who runs their family business: a dress shop.

When asked what sets Mindanao fashion designers apart from the others, he blurted out: materials. “We have everything here,” he shared, referring to the vast resources available for aspiring designers and professionals alike: beads, coconut fibers, jute, abaca, and endless rolls of different fabrics. But more than that, he was quick to note that products of designers in Mindanao are teeming with stories; that every piece had a story to tell. His was one of them.

A sketch of Junnie Artajo's Dreamweaver

Jun Rodino Artajo’s second place is quite an accomplishment. The Japan Fashion Design Contest is highly respected in the industry and it has been running for almost half a century now.

The contest is organized by the Dressmaker Fashion Education Promotion Committee of Japan and the Sugino Gakue. Previous Philippine entries have also made waves in the competition in 2007, 2009, and in October last year.

Keep your eyes on this man weaving his way onto the global fashion stage! Junnie blogs at http://thedictatorofstyle.tumblr.com/