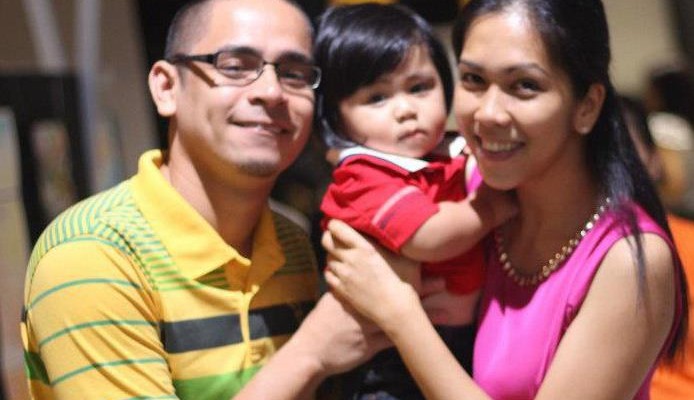 In this world filled with noise and words, two people found another path to express love… the path of silence. Both hearing and speech impaired, this couple’s love rests in no less than the beauty of art. 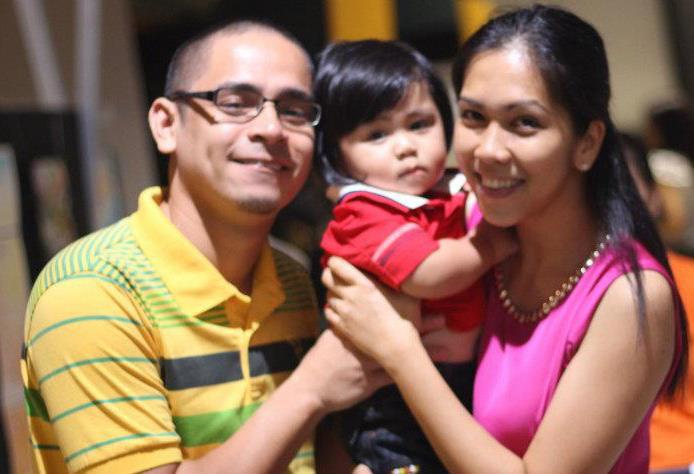 Julius Lu and Ruby Jane Mascariñas-Lu were classmates when they were taking AB Fine Arts at the Philippine Women’s College. Both of them were active in their class as representatives of their school on visual arts competitions and that’s when, in a serendipitous instance, they bumped into each other and found their own world within this world.

Tracing back time, both of them were born with perfect hearing and speech abilities. But when Ruby Jane was 3 she was infected by an illness that damaged her speech and hearing. “Fortunately, she survived that illness. She was the youngest in the brood of four and we’re glad that she also fought,” says Jip Mascariñas, brother of Ruby Jane.

Julius, on the other hand, was four when he got involved in a car crash which caused loss of his hearing and speech.

But just as a heavy rain results in a rainbow, so did the ordeals that Julius and Ruby Jane went through bring out the best of their beings. Their speech and hearing disadvantage brought them to a deeper connection with themselves and each other. Through the arts, they were able to express their outlook on life. Their families, on the other hand, supported them by not giving them any special treatment. This taught them to self-reliant as they grew up.

At an early age, Julius discovered his love for drawing and so did Ruby Jane. “I could vividly remember that when I was 3, I saw my uncle’s artworks of figures and cartoons. When I get home, I would copy them through drawings,” shares Julius in his manifesto. 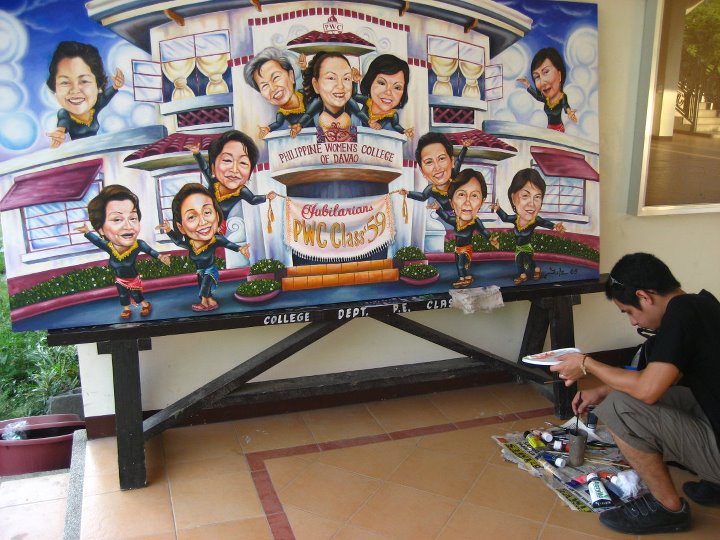 They met at the Philippine Women's College

“Since I was a little kid, Arts has already been inculcated in my whole being. From my fondness in collecting different materials, my excitement in mixing different colors, and my interest to think of creative and artistic ideas to compose,” Ruby Jane confesses in her artist’s statement.

It was during their days in college that their works gained exposure to a wider audience and their love for each other flourished.

“We started out as typical couple. Julius courted me through sign language, and he would often invite me to eat out. He was also very diligent, he would take time to send me home often,” Ruby Jane shares during an online interview.

Being resourceful artists, the couple is very self-reliant, “They have been going steady for 5-6 years. When they decided to get married, they never asked any money from anyone. Before they tied the knot, Julius went to Dubai for about six months as one of the few Filipino artists who were chosen to work for a theme park in Dubai. They got married last June 19, 2010,” reveals Jip.

Asked about the challenges that they had to overcome; Julius answers, “The most challenging thing for us to face right now is how to work hard for our children. And for our being deaf and mute to stand not in the way of our success but only as something that will make us bolder to express our feelings in more meaningful ways.” 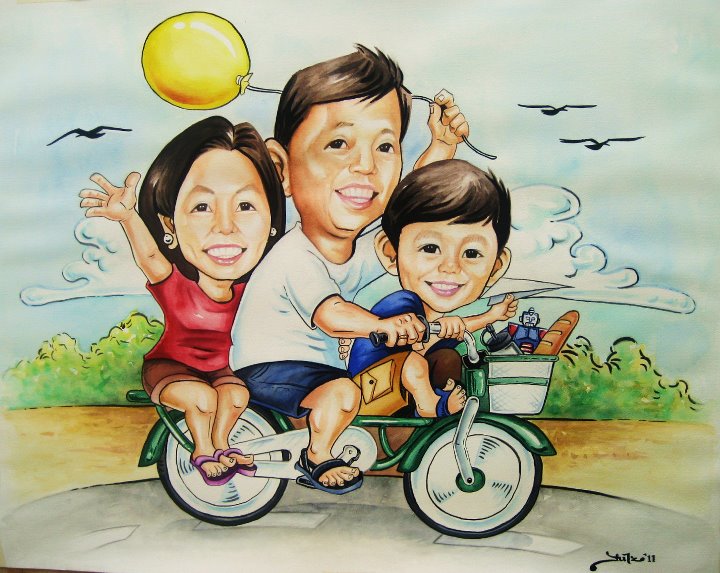 'The most challenging thing is to work hard for our children'

“We overcome those challenges by giving our best in everything that we do. We also foster this belief that if others can, why can’t we,” adds Ruby Jane. The couple has a year old child named Lucho.

Inspired by baby Lucho around, the couple has ventured into various businesses like cartooning, balloon-making, and even creating giveaways for special occasions. One interesting fact to note is that everything they do is conceptually unique and original.

Interestingly, they have joined in various visual arts competition, emerging as either winners or finalists. In one competition held during Davao City’s inauguration (the 3rd largest city in the Philippines), Ruby Jane and Julius emerged victorious; placing first and second respectively. 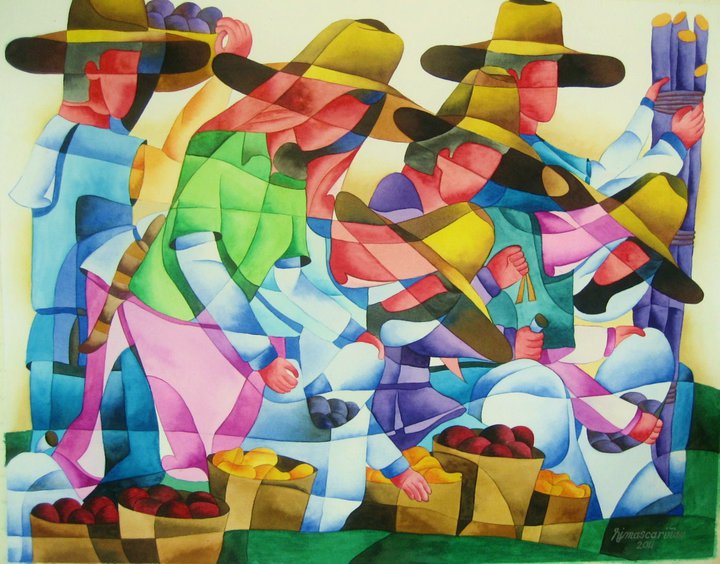 Wonderful colors that reflect the couple's positive outlook on life

Ruby Jane and Julius are probably one of the few most inspiring couples one can meet. 10 years from now they hope to see each other as successful artists. This vision that they cherish is well on its way, with their persistence and faith. 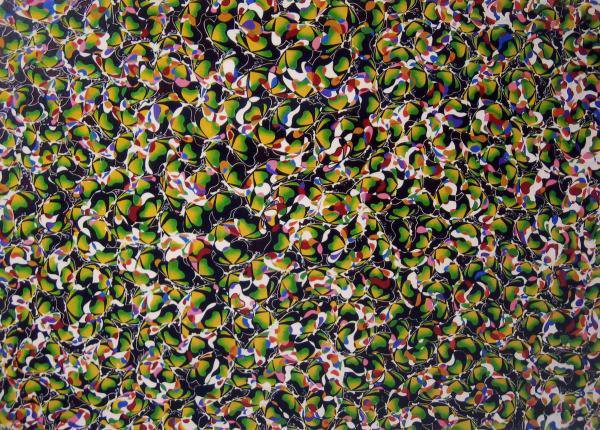 The value of gratitude and excellence wells in these two visual artists. “To those who feel the passion and interest in the field of Arts, I give you the best encouragement to go on and mold your God’s given talent. Share this blessing and feel free to communicate how you truly feel of your environment as a person by way of expressing yourself through painting,” Ruby urges. Julius adds:

I always perceive art to be my voice, enabling me to speak my mind through this medium. Although I can’t speak and hear this hasn’t been a hindrance for me to strive hard to fulfill my ambition to become a successful artist.”

To part, this is one thing they ask this writer to convey, “Never think that your disadvantage is designed to hinder you from reaching your dreams. Instead, they’re designed to make you succeed better. Always remember that God loves you and He won’t give you anything that you can’t handle.”