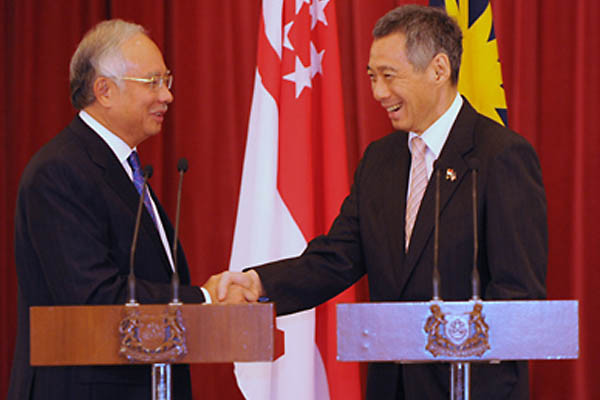 Iskandar: a bellwether for improving relations between Singapore and Malaysia?

Singapore & Malaysia: A Thorny Past 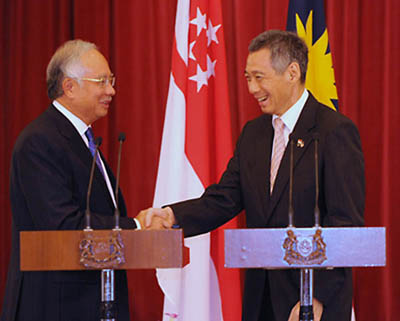 While never escalating any issue to a bout of saber rattling, Singapore and Malaysia have not always enjoyed what one could describe as a good neighborly relationship. Since Singapore’s unceremonious departure from the Malaysian federation in 1965, the two countries have had numerous disputes over a range of thorny bilateral issues including the sale of water and the demarcation of territorial boundaries.

The problematic relationship between two nations who have much in common culturally and historically was probably best symbolized by the much-publicized verbal joustings between then Prime Ministers Lee Kuan Yew and Mahathir Mohammed in the 1990s.

Relations today however have improved significantly since that period and the Malaysian High Commissioner has recently said that they are at the best they have ever been. This has largely been the result of a conciliatory shift in policy that began with Malaysia’s former leader, Abdullah Badawi. The current Malaysian Prime Minister Najib Razak has continued and extended this approach and Singapore’s Lee Hsien Loong has reciprocated in kind.  Earlier this year both leaders settled a long-standing dispute with a mutually agreed upon land-swap and the dismantling of a railway track stretching into central Singapore that, together with surrounding land, was owned by previously owned by Malayan Railways.

Despite the fact that many outstanding issues remain unresolved, warming relations are a sign that the political leaders of both nations are adapting to geostrategic shifts, most notably the greater presence of China and the United States in the Southeast Asian region.  Warming ties have opened numerous avenues for mutual cooperation. During Lee Hsien Loong’s recent visit to Kuala Lumpur he revealed a range of future projects that both countries are considering.

Amongst them are plans to jointly develop the Iskandar Malaysia region to the tune of some 3 billion ringgit. Roughly three times the size of Singapore, the Iskandar Malaysia region lies just north of the island. Plans are in place to develop the area into a large city with extensive educational, business, entertainment and residential facilities.

Both countries have significant interests in seeing the project succeed. Malaysia, however, requires a large amount of private investment capital. A lot of this investment is expected to come from Singapore. Other foreign investors from outside of Singapore have indicated that funding will depend on Malaysia’s capacity to demonstrate that the Iskandar region will be able to complement and leverage off the close proximity of Singapore. A sign that Malaysia has been keen to develop synergies between the economies of Singapore and Iskandar lies in the fact that Iskandar will function as a special economic zone.

The Bumiputera Policy that favors ethnic Malays in education and employment, will not function in Iskandar as it has in most other parts of Malaysia for decades. Such a decision from a government that had in the past sought to translate the entrenchment of the policy into political capital is clearly indicative of the perceived importance of the project to the Malaysian economy. 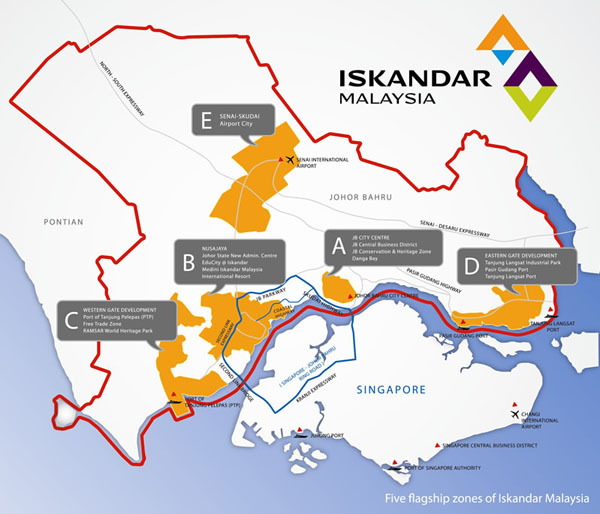 A map of the proposed Iskandar region and Singapore, By: Medini

Apart from the benefits that may arise from cooperation between complementary economies, Iskandar might seem attractive to Singaporean leaders for another reason- land. The Singapore government is facing increasing pressure to find more land for housing and infrastructure for a rapidly expanding population. Over-crowding and a sharp spike in housing prices have already made it difficult to persuade the electorate to accept further population growth.

Current economic growth models however are heavily reliant on continued population expansion. Expansion is thus likely to proceed through immigration despite limited concessions being made periodically to the immigration rate. Major reclamation works have already begun on many of Singapore’s islands in anticipation of future urban redevelopment needs. The government is also conducting feasibility studies for the further development of subterranean spaces in Singapore.

The authorities have previously also indicated that Singapore can accommodate a population in excess of 6.5 million people. However it is not entirely improbable that on a longer timeline, Singapore will not only exceed this figure but also approach the absolute limits of its carrying capacity. The Iskandar project with its proposed property and housing options and proximity to Singapore provides leaders with another means to tackle these land shortage issues by opening up more living space options for Singaporeans. While easing the land shortage problem in Singapore, this potential soft-expansion northward would also bring revenue and capital to Iskandar and the state of Johore.

Leaders from both sides have shown a keen interest in developing air, land and sea links between Johore and Singapore to shorten commuting times between the two areas, demonstrating a desire to promote cross-border travel. If successful, the Iskandar region will provide the basis for the further strengthening of ties between Singapore and Malaysia. 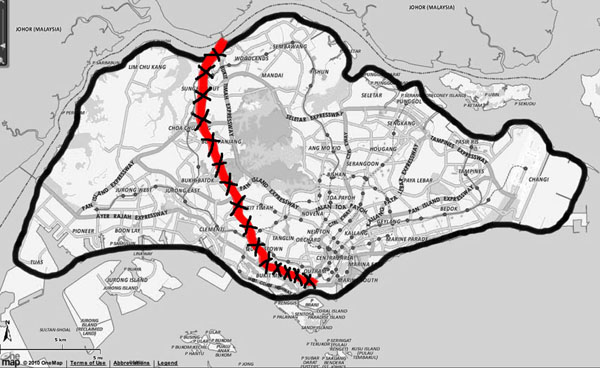 The extent of railway land in Singapore previously owned by Malaysia before the new agreement of May 2010, By: Epitommy

However, the project is still at a relatively early stage and it is too premature to tell if it will be a success. Malaysia has embarked on ambitious development projects in the past such as the Port Klang Free Zone that have been plagued by mismanagement and financial woes.

What sets this project apart is the fact that the Singapore government has not only vocally endorsed the project but has also committed to a high level of participation. This demonstrates the high hopes that both governments have for the project. This level of cooperation would not have been possible two decades ago and is a clear indication of the evolving relationship between the two nations.