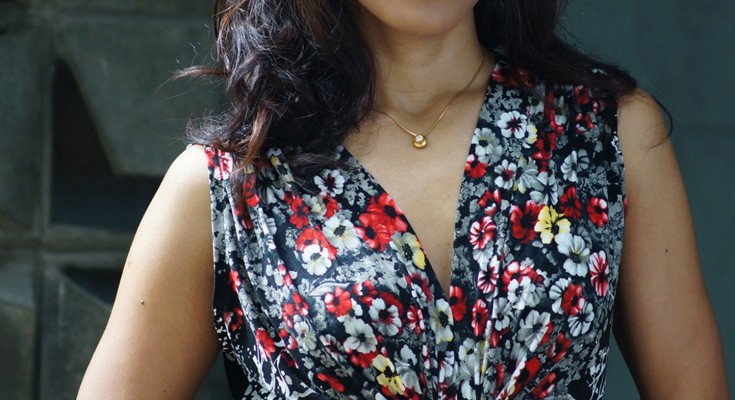 Indonesian Writer & Activist Ayu Utami: ‘I love Indonesia with Pain in my Heart’

Questioning politics, human behavior and her own religion made Ayu Utami into a taboo breaking writer, journalist and activist. She gained instant success with her groundbreaking debut ‘Saman’, that was published just before the fall of Suharto in 1998. Her most recent novel ‘Bilangan Fu’ is dedicated to ‘Indonesia, that I love with pain in my heart.’

The question ‘Why?’ is the main drive for the most famous female author of Indonesia Ayu Utami. ‘I’m interested in the dark side of humanity. Why do people do what they do?’, she says at the Tong Tong Festival in The Netherlands. That is probably why she started off as a journalist for several newspapers. When Suharto banned magazines like ‘Tempo’ in 1994, Utami joined the ‘Alliance of Independent Journalists’ to protest against the ban.

She wanted to write more freely than was possible as a journalist at the time and she put this into words in her book ‘Saman.’ Publication was just a few weeks before the fall of Suharto in 1998 and it caused a sensation. It was the first book in Indonesia that adressed politics, religion, sexuality and freedom of expression for women. It became a bestseller and has been translated into many languages. The novel won the Jakarta Art Council’s first prize and the Prince Claus Award in 2000.

Ayu Utami in ‘State of shock’

Her novel ‘Bilangan Fu’ was publised in 2008 and is now translated into Dutch (Het getal Fu) by publisher De Geus/OxfamNovib. It’s an elaborate (538 pages) piece of work that touches on all the current topics in Indonesia. Lack of respect for nature, loss of traditional Javanese culture, pragmatic politicians and ignorance of people. ‘I was in a sad mood when I started to write this book’, says Utami. ‘I used to have a certain image about Indonesia, that we were a peaceful community and tolerant people, although we were oppressed by the military.’

Utami realised ‘that we were not that nice people and at the same time I saw the deprivation of nature. I was in a state of shock’. Ayu Utami (1968) was born in Bogor, a green oasis one hour from the capital Jakarta. Bogor is known for its huge botanical garden that was built by the Dutch colonialists. Later it became the weekend residency of the first president of Indonesia Soekarno.

Ayu Utami: ‘We live in Indonesia, so we have to fight’

The biggest event that made her realize some things were changing, was the implementation of the anti-pornography bill in 2008. ‘This law effects broader issues in daily life, it wants to turn Indonesia into a monotheistic nation through islamization. Polls show us that intolerance is growing stronger. Politicians are pragmatic, they only want to maintain their power. Rationalism, modernism or even post-modernism ways of thinking like in the West, don’t work in Indonesia. The gap between the educated people and the poor is too big.’ 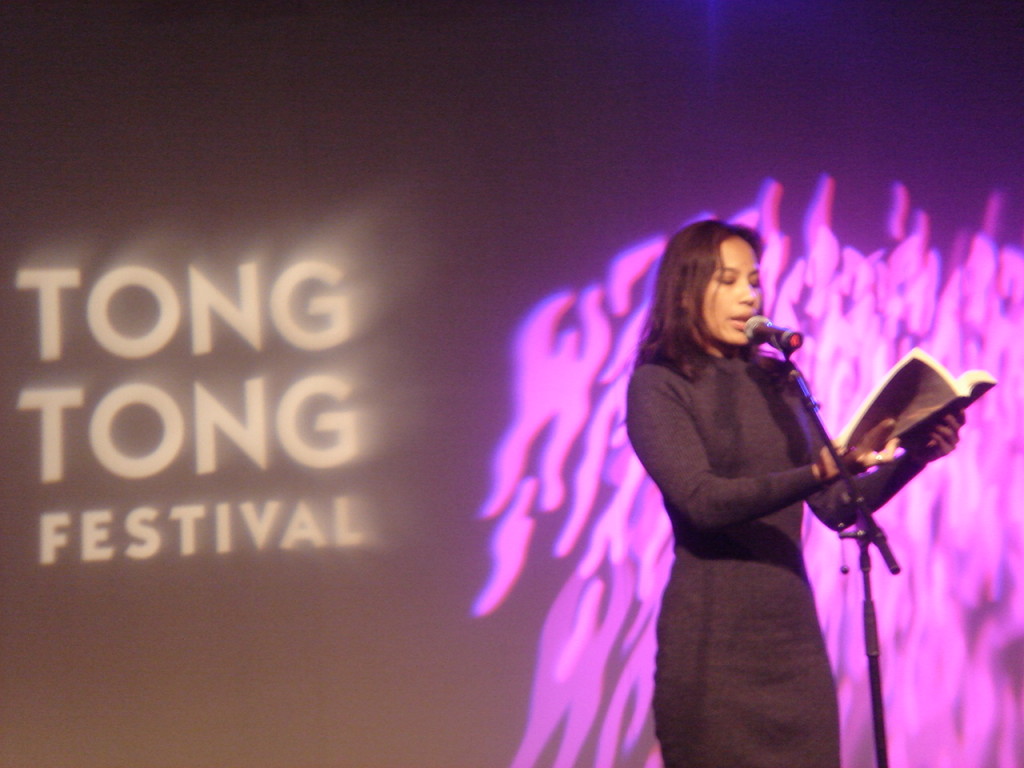 Ayu Utami at the Tong Tong Fair 2012, By: Yvette Benningshof

Utami is part of a democratic movement that is dealing with uprising intolerance. ‘The influence of globalization on our nation is huge, especially concerning money. The fundamentalist religious groups that we are facing as part of our activism for democracy are financed by rich organizations from abroad. It’s frustrating, but we live in Indonesia so we have to fight. ‘Bilangan Fu’ is about understanding what is happening to Indonesia.’

‘Bilangan Fu’ is about a sceptical rockclimber Sandi Yuda and his friend the mysterious Parang Jati. The story is set in the mountaineous area of East Java where traditional believes and modern life meet. The novel is very well written and easy to follow, although the story is profoundly intertwined with Javanese mythology and symbolism.

Parang Jati and Sandi Yuda both want to save the natural beauty of the mountain ‘Watu Gunung’ that is being exploited by the mining industry for its limestone. They both choose different ways to reach their goal. Yuda believes in assistance from his friends from the military, because he is afraid that the more ‘cultural’ approach of Parang Jati is too soft.

Parang Jati tries to make everyone deeply understand the power of nature and that  people should be able to harmoniously live next to each other. He almost turns into a Messiah when he wants to start a New Javanese Religion, that is actually not a religion but more like a movement of critical spiritual thinkers. 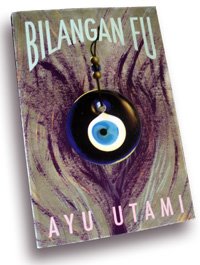 It’s from an outstanding quality that Utami succeeds in delicately interweaving a whole pallet of storylines. Through the main characters we learn how people develop their opinions and identity is influenced by their environment and education. We get to know about the value of mythology like the ‘Queen of the South  Sea Ratu Kidul’ and traditional believes in honoring nature. But also about the difference between modern and post-modern ways of thinking.

The novel is also about the history of Indonesia and its first steps as an independent democratic country, dealing with corruption, militarism and fundamentalist religious groups. For some it could be too much to handle in one book, that’s why Utami decided to rewrite parts of the book, delving deeper into one topic at the time. ‘Some people find the book too thick and too complicated. Now I want to make it somewhat ‘user-friendly’, she smiles.