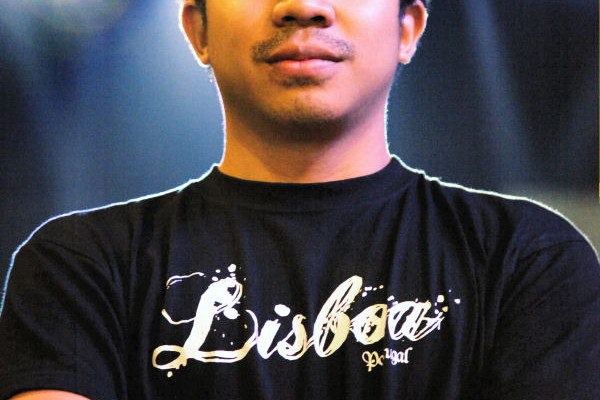 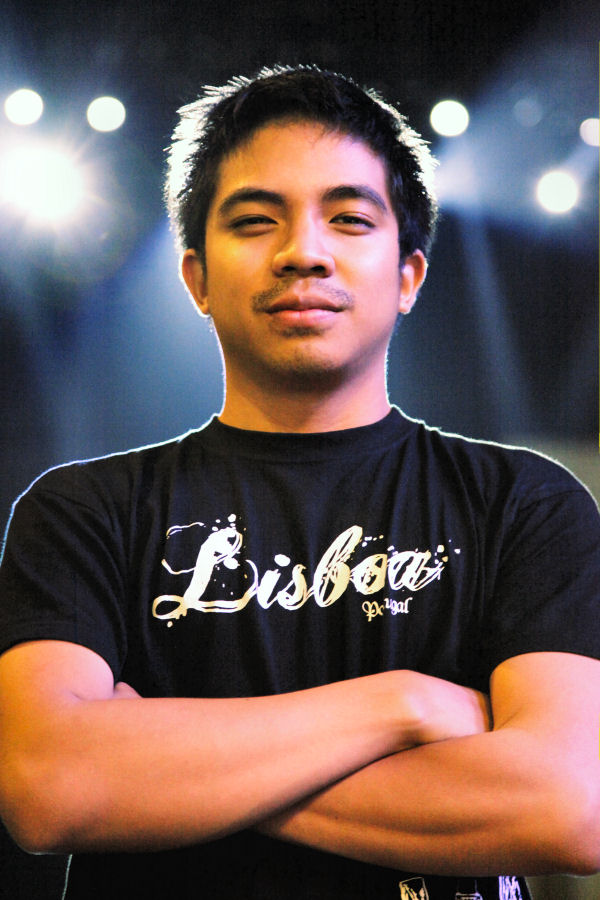 With the rise of the DSLR filmmaking practices, Indonesia boasts a number of young talented individuals who take this platform seriously as a documentary or fiction storytelling medium.

Febian Nurrahman Saktinegara, a 21-year-old native Jakartan, is one of these fresh talents that embrace DSLR moving image making with an innovative outlook. His lyrical non-narrative documentary on the contemporary urbanity of the capital city Jakarta, entitled “Merangkum Jakarta”, has won numerous praises, nominations and awards ranging from the SBM Golden Lens Award of the Erasmus Huis Jakarta to the Special Artist recognition at the ASEAN-Korea Multimedia Competition 2011.

Febian, known as ‘Embi’ to his friends and family, gives us a poetic treatment of the city that is full of gaps and contradictions through “Merangkum Jakarta”, but this is only the beginning. Ari Ernesto Purnama conversed with Embi for Latitudes.nu concerning his background, technique, views of Jakarta and Indonesia, and his future aspirations.

Can you tell us a little bit about your background and how you ended up in Bandung? I was born in Jakarta in 1990, I went to SMA 28 Jakarta high school. Ever since I was in high school I wanted to continue my study at the Department of Arts and Design at ITB (Institute Technology of Bandung) because of my interest in visual arts.

I’ve always loved dramatic artistical things, for that reason I think music and visual arts are the two things that fullfil this interest. My main interest in  videography at the moment is the timelapse technique, and once I have garnered enough budget to purchase a high-speed DSLR camera, I intend to make more slowmotion videos.

Since when have you been so interested in photography and later on in moving images? And why? Is this solely because of the study at ITB or was there a deeper motivation than that? When I was in junior high (SMP) I had started doing some photography. At the time I mainly used a camera-equipped cellphone. I edited the results and uploaded them onto the internet. Thereafter, I received positive comments from people, so this motivated me to keep on producing works. Again, with the camera-equipped mobile phone I made my first stop motion video entitled Soul in Depression. My earlier works in this period dealt, let’s say, with darker themes and the horror genre. Interestingly, I kept on making videos from a cellphone camera up until I was in my second year of college.

Since then I have switched to a DSLR camera, partly because I took this class called Fotografi Dasar (Basic Photography) and realized that there are so many new creative possibilities that I can pursue with this type of camera. From then on I started to leave my darker and horror film themes behind, and looked into more inspirational subjects.

So far most of your DSLR works consist of non-narrative “slice-of-life” documentaries in big cities of Indonesia such as “Merangkum Jakarta” (Summarizing Jakarta) and “Ngarekam Bandung” (Recording Bandung), what motivated you to embark on these projects? Yes, I made three of this type of non-narrative videos in 2011. Besides the two you have mentioned, I also made “Bali Day Lapse”. As you have pointed out, these videos are non-narrative, and I think it was mainly because when I started making videos for my school project, we were not encouraged to structure our work from a narrative standpoint. However, I do think and aim for my videos to have a coherent flow that could generate certain feelings and understanding from the audience, because of this I always merge music and visual imageries. Simply because music has its own flow and nuances as well.

As for my motivation in creating these videos, I always think of it as personal projects, produced to satisfy my own creative desires. If for some reasons these works spark appreciation and interest from the public, it is truly a blessing for me. I think my motivation will keep on growing as a result of public response and support.

Ngarekam Bandung (2011) takes us on a journey through Bandung:

Speaking of “Merangkum Jakarta”, what was your reaction when this video received a lot of critical appreciation of the film community as well as other institutions? Do you think critical appreciation is adequate, or do you think material prizes are more valuable in helping your career development? Initially, my intention in making “Merangkum Jakarta” was to publish something on the world wide web, to expect feedback and comments from people; these things alone make me content and motivated.

Unexpectedly, however, some offered to screen “Merangkum Jakarta” during their events, and even awarded the video. This experience gave me a realization that what I am doing is real and in fact more real than the virtual reality of the world wide web. One thing for sure, because of these positive evaluations of my work, my confidence in pursuing my creative interest has been uplifted.

So, to respond to the last part of your question, I already feel very honored when people express their positive comments on my works. But material appreciation such as prizes, money, etc. I cannot deny that they are also important for me because videomaking tools (DSLR) as we know are not cheap.

What impact do you hope to achieve when people watch “Merangkum Jakarta”, which tries to depict the multiple layers of Jakarta’s reality, as you summed up on the video’s Vimeo page: “Merangkum Jakarta represented Jakarta in many perspectives, a glamour city with high social inequalities.” I tried to show what Jakarta is from multiple angles. Its beauties and its ugliness are packed in a non-judgmental audio-visual aesthetics as they flow into the visual atmosphere and the rhytm of the music.

From a wider perspective, I hope that when audiences see this video, especially the Jakartans themselves, they will cultivate feelings of social-conciousness and a sense of belonging to the city. Starting from there I think I would like to see more concrete steps taken to improve Jakarta in the future.

It would be more effective, of course, if this video was watched by local goverment officials. But I don’t think the video has reached them yet. So I don’t even think that far ahead just yet.

In relation to that, the last two parts of “Merangkum Jakarta” [part 3 and 4] emphasize this social-inequality where we see the children of the urban poor families play soccer in places that are not designated as a playing ground, such as a flyover bridge; how much of this aspect of Jakarta do you want to highlight in the video? Do you think this problem will always be there as part and parcel of Jakarta’s harsh reality? I deliberately arranged the “Playground” part next to the “Dynamic” part in the video so that the inequality and the contrast can be more accentuated. In my view, this will always be Jakarta’s problem as long as Jakartans, whether they are goverment officials or general public, remain ignorant toward this issue. I am conviced that the remedy for this problem is for the people and the goverment to have a “sense of belonging” to the city, and I think video as a medium for artistic expression has a vast potential to precipitate this attitude.

What about the technical aspects of “Merangkum Jakarta”? How did you produce it and how did you achieve the time-lapse technique in it? Initially, I serendipitously watched a time-lapse video by Tom Lowe on Vimeo entitled “Rapture”. That was the first time-lapse video that directed me to focus more on this photographic technique.

The result of this venture is “Merangkum Jakarta”. I must admit that the production itself is done quite amateurishly in terms of equipment and knowledge. Only relying on a tripod, I stood for three hours on one spot with one hand on the shutter button of the camera and pushed it every 5-10 seconds. At the time I did not own a remote interval timer device.

But please do not compare “Merangkum Jakarta” with Rapture, because for the time being Tom Lowe’s filmmaking quality and mine are worlds apart (Febian says “Ibarat langit dan bumi”, an Indonesian expression meaning “like the earth and the sky”).

Could you tell us a little bit about the “behind the scenes” of “Merangkum Jakarta”? From planning to post-production? And what obstacles did you encounter? I did not have a strict plan to shoot Merangkum Jakarta. I also did not have any budget and did not think of this beforehand. All I wanted was to capture something driven by my “jalan-jalan” spirit and creative obsession because for two weeks almost everyday I explored Jakarta, recorded anything I saw and what I found captivating with my Canon 5D Mark II camera, Canon 17-40mm F4L and Canon 70-200mm F4L lenses and a tripod. Without realizing it, I had collected 150 Gigabytes worth of footage in my harddrive.

One main obstacle was that I often had security guards kicking me out of the building or telling me to stop shooting in the vicinity. Second obstacle was rain because I was shooting this during the rainy season. But all of that obstacles, I found to be important challenges that made my experience so rich and colorful, and thanks to this I have never loved Jakarta so much as I do now after making the video.

How is the DSLR photography and filmmaking scene in Indonesia developing? I think DSLR movement in Indonesia is growing really fast. Enthusiasm from the general public is also quite high. This is evident from the fact that there are so many emerging DSLR communities/clubs such as Canon 550D Indonesia, DSLR Cinematography Indonesia, Indonesian DSLR Cinema (on Vimeo), etc. In addition, there are a number of short films made by Indonesian young filmmakers circulating on the Internet also signalling the accelerating development of DSLR cinema in Indonesia.

However, I have to say that the time-lapse technique which I mentioned earlier is still rarely applied in these films. I think because the tools are simple too costly and unavailable in Indonesia, forcing people to order it from abroad.

What is your next plan? Do you  intend to make narrative fiction film someday? And do you see yourself going to film school for formal training in movie making? When I have completed my undergraduate degree, I have a plan to explore Indonesia and make a documentary film about it (if feasible, I would like to explore the world). I want to become a traveler that also produces phenomenal videos and makes a living out of it. Perhaps I want to do something for National Geographic, Discovery Channel, Disney Nature, etc., with my own touch and style, for instance by slipping in dramatic points via visualization intertwined with the rhythm of music.

For that reason, I would like to have a partner that can compose musical scores for my videos, so that when they are being distributed I will not have to worry about copyright issues anymore unlike now.

From 2012 on, I aim to manage a video label called FEBIANNS (formerly known as embivideo) in a more professional and promising direction.

Follow Febian on Vimeo or check out his profile on YouTube, where you can see many more of his amazing films.