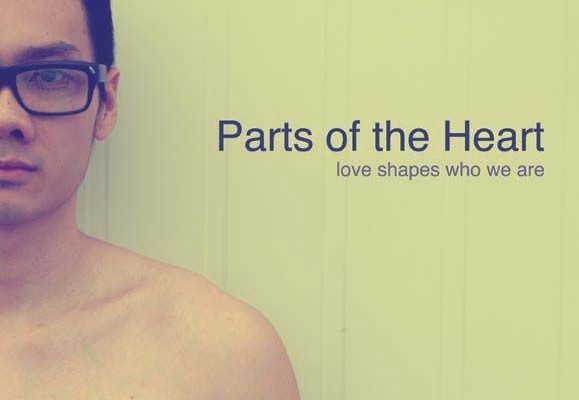 Paul Agusta is a film maker pur sang. Born in Jakarta in 1980, Agusta studied film in the USA, before returning to Indonesia in 2003. His new film ‘Parts of the Heart’ is, just as his previous work ‘At the Very Bottom of Everything’ (about bi-polar disorder), deeply personal and in parts autobiographical. It’s not the first time either that Agusta checked in at the Rotterdam Film Festival, as his previous films ‘Kado Hari Jadi’ (The Anniversary Gift) (2008) and ‘At the Very Bottom of Everything (2010), were also featured at this acclaimed yearly film festival.

We talked with him about his last, daring story, that touches upon the in Indonesia still controversial subject of homosexuality.

How did you come to the idea of making your new film, ‘Parts of the Heart’ based on a biography of yourself?

Well, basically it started when I got married in 2010. It got me thinking about a lot of things. It was the most important moment in my life and made me realize that happiness, love, heartbreak, and how I feel about who I am now, are shaped by incidents regarding love and romance. How I perceive the world is pretty much defined by who I fell in love with, how my heart was broken, sort of my daily life. So I thought that might be a great subject for a film. So I picked 8 of the most important moments of my life that I felt pretty much define who I am now. I decided to make 8 different short films that combine into one larger story.

The reason is, that I wanted the basic message to be, that Peter could be anybody. Basically, the conflict, the emotional landmark, is not exclusive to one person. Whoever: gay, lesbian, straight, in marriage or in a relationship, they have to solve their problem. That’s why I didn’t make one clear Peter, and instead portrayed Peter as diversely as possible. At one point I even considered making one version of Peter as a women. But then I thought it would be little bit too much.

There are a lot of anti gay movements in Indonesia recently. So being a gay in Indonesia means a lot of pressure and even harassment. But in ‘Parts of the Hearts’ the problems occur almost only within the private life of the gay characters.

Because the film is more about a personal story, a personal point of view. Any outside interference is mostly on how it affects a person life. And I want to focus more on one man’s perspective, one man’s experience in dealing with being gay in a country like Indonesia.

The Official trailer of Parts of the Heart:

You must be aware, that this film will be quite controversial in Indonesia…

Hmm, yea, I am aware, that this is a pretty heavy issue. But I see films like ‘Arisan,’ ‘Arisan II’ (Nia Dinata), ‘A Lovely Man’ (Teddy Suriatmadja), that show that there is an interest for those kind of films. To be honest, I am not really afraid or worried about the controversy. Because I think any hatred or anger toward this film will be irrational. And as long as I am being honest, I am fine. I have no fear. I am ready to face whatever the consequences are this film may have. 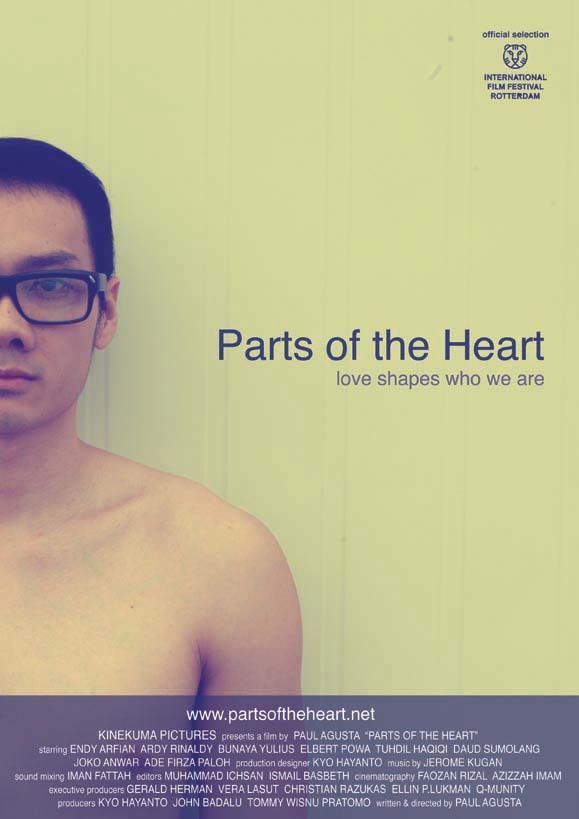 Do you think you can screen this film in public cinema in Indonesia?

Actually I really have some hope. Arisan II and Lovely Man have passed the (Indonesian LSF) censorship. Content wise, Lovely Man for instance has one scene that is a lot more ‘risqué’ than anything in ‘Parts of The Heart,’ but it passed censorship. So there is a very good chance for ‘Parts of the Heart.’ If there is any cut, as long as it is not too major and not (destroys) the story, I don’t mind.

Nowadays there are films produced in Indonesia that talk openly about gay and lesbianism in a friendly tone. It kind of breaks the taboo.

I think, it started in the early 2000s. We started to get more liberal, in media, in films, in culture. And then, the last few years, there is  sort of a backlash from religious fanaticism. But what is happening now I think is another backlash, but against the religious conservatisms. People get sick and tired of this fanaticism.

Do you think it has something to do with the new generation of film makers?

I think so. I think the younger generations are much more concerned about the art of film making itself. I think we are a lot more single minded, in the sense of, we have an important story to tell, and we are going to tell it, regardless what are the others may tell us.

There are a big number of Indonesian gay filmmaker and activist these days.

I think it is just normal. Everywhere in the world, it is like that. Even in the history of Indonesian cinema, there were a lot of great film makers that were homosexual, but they never went public about it. But now, queer film makers and film workers don’t feel the need to hide that much anymore.

For more info, check the Parts of the Heart website.