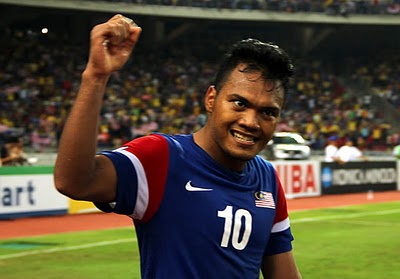 Indonesia may have triumphed in six out of seven matches during the ASEAN Football Federation (AFF) Suzuki Cup 2010, but Malaysia won the war this time. 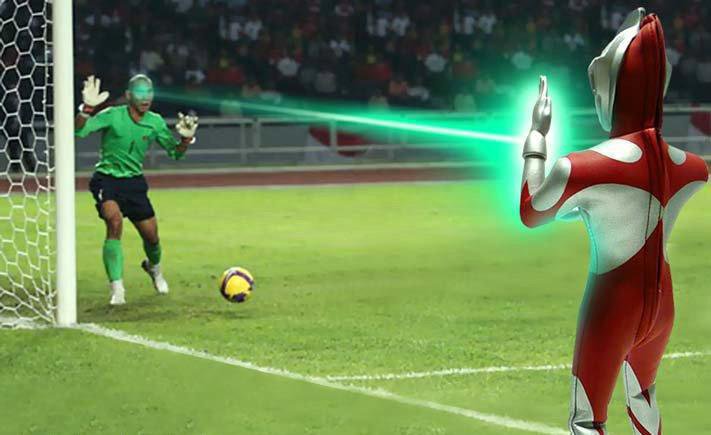 The first leg of the final benefited the Malaysian national team as it scored 3 to 0, but not without protest from the Indonesian part. From around 100,000 people crowding the national stadium in Kuala Lumpur, green laser pointers were allegedly aimed at Indonesian players, causing officials to temporarily stop the play after 53 minutes.

Nurdin Halid, the much-abhorred chairman of the Indonesian Football Association (PSSI), even told reporters that the Merah Putih team lost not only because of laser pointers, but also because Indonesia’s goalkeeper Markus Haris Maulana had been sprinkled with powder that caused allergic reactions such as itchiness. His claim has not been proven.

Indonesia, proud runner-up after all

The second leg of the final, which resulted with 2-1 in Indonesia’s favor, gave Indonesians something to cheer about. The squad had not let them down completely. It did lose the title with 4-2 on aggregate, but it has given the nation hope that it will only get better in the future.

Never before has Indonesia became so excited over this sport. It was most apparent soon before and during the second leg of the final. Thousands lined up to get tickets to the see the decisive match. The Gelora Bung Karno stadium was painted red with over 80,000 cheering fans. Security measures were stringent. Streets were empty during both legs of the final, in Jakarta and in other cities. Five out of ten topics on Twitter were published by Indonesian users as they watched the game on the night of Dec. 29.

Malaysia was so overwhelmed by its victory that Malaysian Prime Minister Najib Tun Rajak announced Friday as a national holiday to especially celebrate the arrival of the AFF Suzuki Cup to the country.

What is most pleasing to me personally is that Indonesian supporters in the Jakarta stadium showed sportsmanship throughout the last game. Many had predicted that whatever the result, big riots would ensue.

However, two small-scale incidents did happen. The Indonesian President’s car was hit by a water bottle as it was about to leave the stadium, and a supporter was beaten up by a security guard after unfolding a banner that read “Nurdin Turun” (Step Down Nurdin). The latter incident was highly unnecessary, as right about the end of the game, the same words were chanted by the hundreds of thousands in- and outside of the stadium. This makes us wonder what the convicted corruptor/chairman of the Indonesian Football Association meant when he later said that he would not give up his position as it would be ‘against democracy.’

Safee Sali, are you Malaysian or secretly Indonesian?

An Indonesian in Malaysian clothing?

One of the most intriguing things about the AFF Suzuki Final is the mystery surrounding Malaysia’s topscorer Mohd Safee Sali. Those who happened to look for his personal data, found on his Wikipedia page that he was born in Aceh Besar, Aceh, Indonesia. But during the last game, the same page showed something different: He was born in Selangor, Malaysia. You can try to Google him using these keywords “Safee Sali Aceh Besar.” One of the top results will come with this description: “Name, Mohd Sali, Mohd Safee. Alternative names. Short description. Date of birth, January 29, 1984. Place of birth, Aceh Besar Indonesia.” This caused a controversy in online discussions on forums and on Twitter. One side said that he is a traitor, while the other applauded him for being one of the few examples from Aceh that has not been spoilt by Jakarta. The capital has long been accused of being “unfair” toward Aceh. The military operations are even said to be the reason for Safee’s migration to Malaysia, but this is not yet clear.

Despite all the controversy surrounding AFF Suzuki Cup this year, Malaysia deserves our congratulations. Indonesia’s national team also merits two thumbs up for trying their best and making Indonesians proud with their great effort.

In the words of Merah Putih’s coach Alfred Riedl, “I want to congratulate Malaysia, but I think the better team lost tonight.”