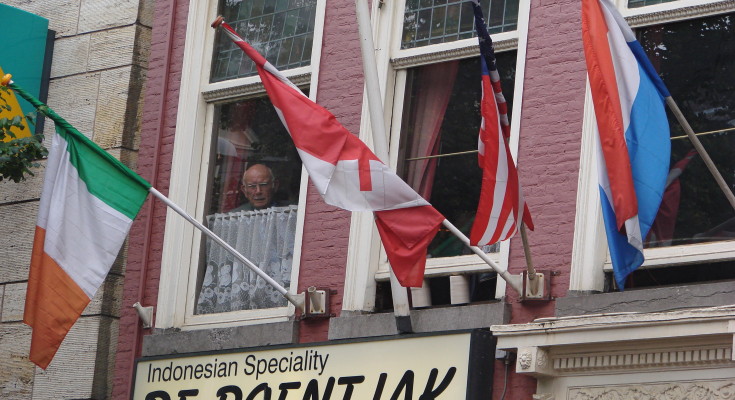 The Dutch population counts approximately 16,5 million people. Roughly 1 million are from Indonesian descent. Most of them Indo-Europeans and Moluccans who have lived in the Netherlands for generations. But surprisingly not everybody knows how they got there. Or how they changed the face of the country for good. 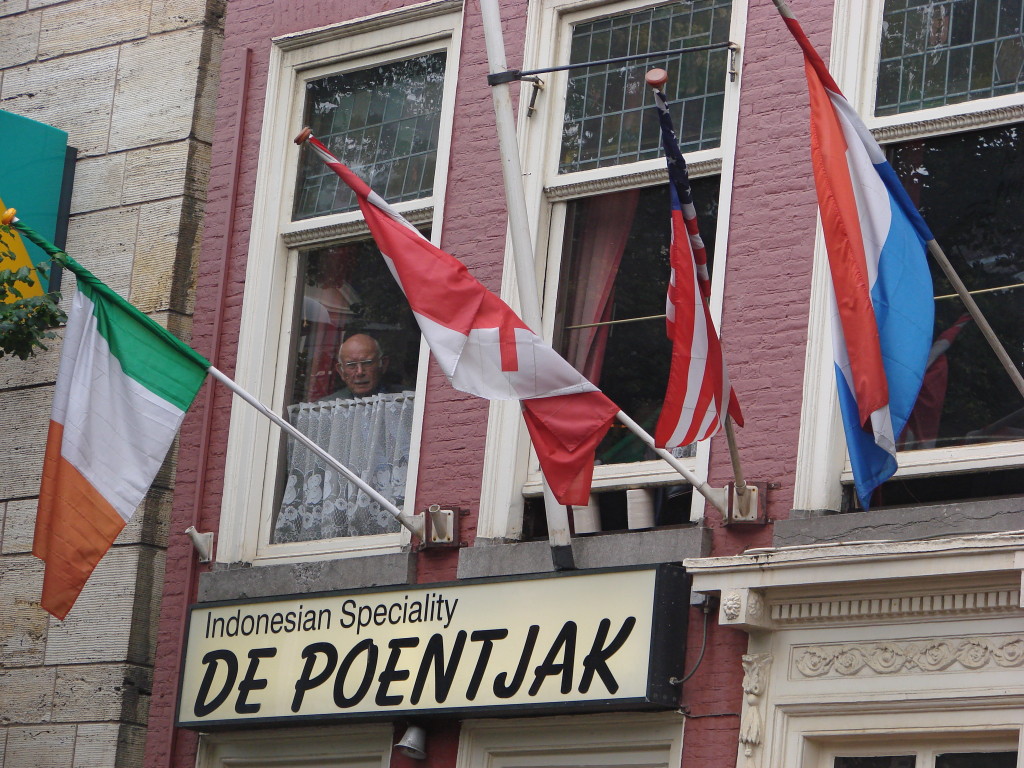 During the long relationship the Netherlands had with his former colony many immigrants made their way from Asia to Europe. Mainly for socio-political or economic reasons. They settled in a different world altogether. But inevitably, many of their habits, customs stayed with them. Dutch culture and society has therefore been strongly influenced by Indonesian and Asian culture.

Dutch language, for example, contains many loanwords from (the) Indonesian language(s), like senang (happy) en toko (shop). Also, many elements from the Indonesian cuisine were imported. The rijsttafel, consisting of a large collection of Indonesian dishes, is still a favored dish in the Netherlands. And, not surprisingly, the Netherlands has a very high density of Indo, Indonesian and other Asian restaurants.

The largest group of immigrants were Indo-Europeans, as people of mixed Indonesian and European ancestry were called in colonial times. They were considered Dutch by the Indonesian nationalists. 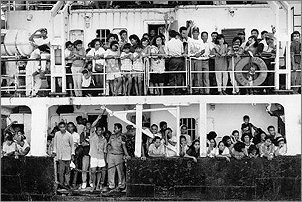 After Indonesian independence was declared, they were not welcome anymore. Around 300.000 Indo’s, sometimes dubbed Dutch Indonesians, left Indonesia. Some of them went to Australia, the United States or Canada. But most of them moved to the “homeland” most of them had never seen: the Netherlands.

It is hard to give exact numbers, but today approximately 800.000 Dutch people, divided over four generations, have Indo-European roots. Besides Indo-Europeans, around 40.000 people from Moluccan descent live in the Netherlands.

This group originally consisted of Moluccan soldiers to the Dutch colonial army (KNIL) and their families. They were ‘demoblized’ to the Netherlands after the colonial war resulted in Indonesian independence. They never were able to get back.

The audience at the Tong Tong Fair, By: Serge Ligtenberg

Over the years, the ‘Indo’ or blending culture that Indo-Europeans took  to the Netherlands has been institutionalized into Dutch society. At the same time, Indo culture never ceased to express their unique identity through literature and other cultural manifestations. Best known feature is the Tong-Tong festival, formerly known as the Pasar Malam Besar, celebrating “Eurasian culture”, annually held in The Hague.

Indo people, or Indisch in Dutch, strongly distinguish themselves from Indonesians. The Indonesian and European roots have resulted in a unique new culture, with its own cuisine, language and identity.

Moluccan migrants have always strongly expressed their own identity and strong family ties. Moluccans in the Netherlands have long been striving for independence from Indonesia, but never reached that goal.

Although the ties with Indonesia have loosened over the generations, younger ‘Dutch from Indonesian descent’ still seem to be very much aware of their heritage. Festivals that celebrate Indo and Moluccan culture still attract a young crowd. And they probably continue to do that for a long time.

And to conclude, it is clear that Indo and Moluccan culture have become an inseparable part of Dutch society and culture. And it always will.