In the Mix: Meet Rose Kingston, Half South Korean, Half American

Time for another installment of In the Mix! In this series we talk to people with a mixed background. Have these colorful roots entangled them? Confused them? In what way has their heritage formed their identity, how they look at the world and the world looks at them?

This time around we meet Rose Kingston, half South Korean, half American. Once again, it was the army that lead to this wonderful merge of cultures (war, the only thing it’s good for?) 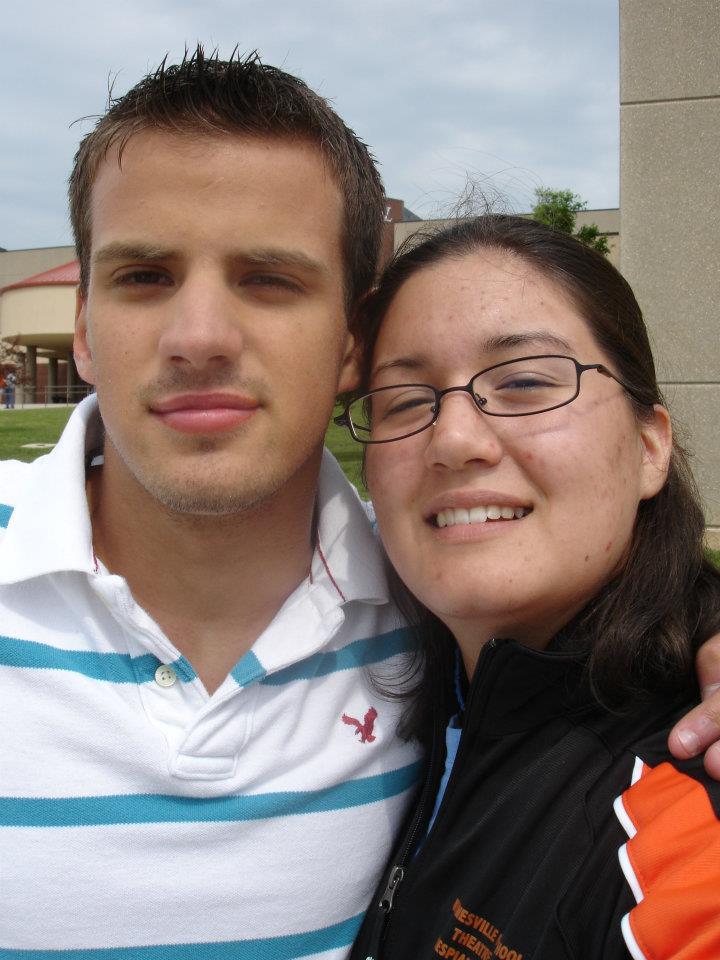 Rose and her husband

My name is Rose Kingston (formally Rose Hardin), I am 22 years old and currently am living in Honolulu, Hawaii. I am half South Korean and half Caucasian, my father is American and my mother is South Korean, they both currently reside in Missouri.

2. What’s the story of your parents?

My father was in the Army and was stationed in South Korea. A friend of my father was dating my mom’s friend and they both hooked my parents up on a blind date. My father was completely in awe, since my mom was extremely pretty and was in college at the time. They dated for several months and then they decided to get married. After getting married my dad sadly had to leave to his next duty station and my mom followed suit afterwards, though between this time, both my mom and dad sent letters to each other to keep in contact along with phone calls. The story of them meeting again when my mom came to America for the first time is an even crazier story, which I’ll save for another time.

3. When did you become aware of your mixed background?

I honestly was not aware of it when I was little. I was born in Germany and it wasn’t until my dad got stationed back into the States that I began to realize how much different my sister and I were to everyone. We both went to elementary school in a small town in Kansas and at the time I never saw a difference between my sister and I until many of the kids started to pick on us for how different we looked and how culturally different we were. As I got older, it became more apparent that my sister looked more Korean then I did and people often thought I was of a different race. I have been told I looked either Hispanic, Native American and even Italian, along with the awkward question of whether or not I was adopted by my parents. I remember as a kid and even now being asksed questions like that constantly around my parents. My dad used to joke, saying that the original Rose was left at the Nurenberg Zoo (which is in Germany) and that I was a monkey from there. But surprisingly, I never got offended until becoming much older, especially in my middle school to high school years. That was when many people in school started to realize that my sister and I were actually related. Many students didn’t have a clue at all we were related because of how different we looked. But in the end of it all, even though it was a hard time to begin to understand the feelings I felt at the time, I started to finally become comfortable with who I was, even though I didn’t not have the typical pale skin and the strong Korean “looks”, I was still Korean and my sister was still my sister. 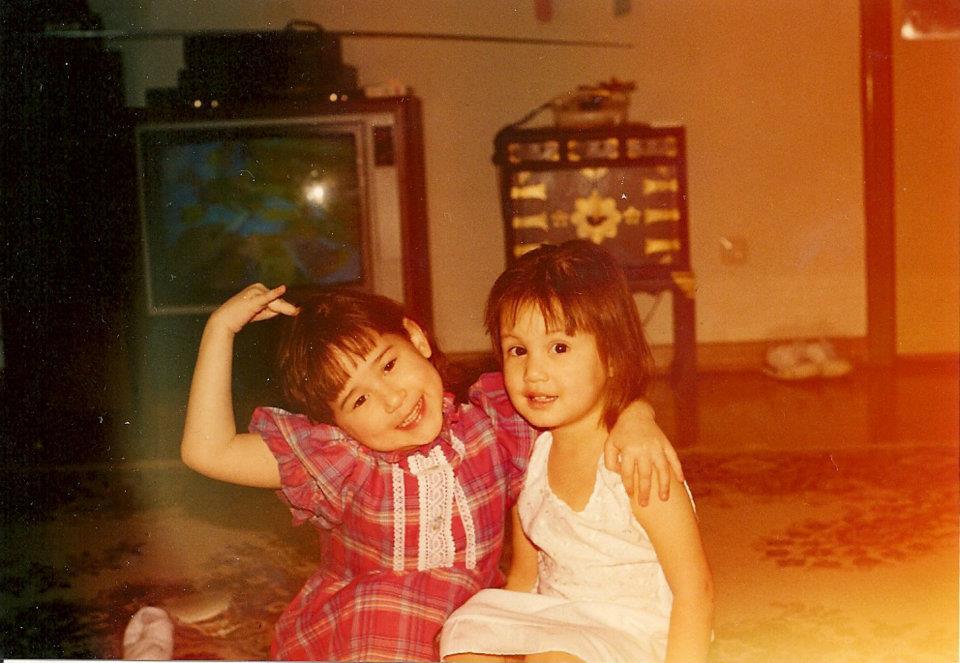 Rose and her sister back in the day

4. Have you ever felt that you don’t belong? How have you overcome that feeling?

I can say that it has never been the easiest to feel like I belong. I was born in Germany, moved at a young age to Kansas and then lived in Missouri for most of my life. I had a problem with speaking at a young age and had to go to special classes to help me with my speech. Then the fact that many people never realized that I am related to my sister and wasn’t adopted by my parents… that added even more feelings of not belonging. But the only way I could get over these feelings was when my mom would tell me that, no matter how hard people can be on you for being different, you have to keep your head held high and keep on going. I learned that the hard way and my mom, being the strong woman she is, knows what I have had to go through because she had to go through the same thing too. Both my parents raised me to be confident in myself and to be able to do things on my own which has also helped me to overcome the feelings of not belonging.

5. With which ethnicity do you identify with most? Why?

I usually identify myself as Korean American. I used to be told that I was Caucasian and that is what I was told to write down on tests that asked questions of ethnicity. Then, as I got older, I started switching over to Korean for those tests but now that I am much older, I try my best to show that I am not just either, that I am both. I have my moments that I am just feeling strongly for one ethnicity then the other, but I honestly do not look like either, so why not have the best of both worlds and just surprise people with who I am. I like to keep people on their toes and let them think what they think until it comes to a time where they will ask about my ethnicity and most of the time it shocks them.

6. How do others react to you? Have you ever experienced derogative comments?

Like I said before, a lot of people are shocked to find out that I am half Korean. Many people do not think I am and tend to think one way about it until I tell them. I can honestly say that I have sadly experience derogative comments and you tend to get used to it then ignore them. Since I was little I have been picked on for being different anyway so it is nothing new to me. I know as I have gotten older, it becomes less of an issue to hear such negative things towards me, it is rare now but if it gets said I just ignore it. Some people do not tend to ask me about my background but if I get into a conversation with someone for quite a while, that is the only time it ever comes up and I don’t mind it at all. I grew up as a military brat so I got used to having a very colorful background and people being surprised with where I have been and who I am as a person.

7. Do you feel your identity has been partly formed by your mixed background? If so, how?

My identity has been added from my mixed background, especially since I do not look like a “typical” half Korean child. I know that I have become strong knowing who I am because my parents have raised me like that. My mom’s culture is strict on raising children in school while how my dad’s culture which it much different, more relaxed you could say. I know who I am as a person, a hard worker and a creative artist too.

8. What does it mean to be multi-cultural or bi-cultural?

9. Has your multi-cultural background influenced your worldview? If so, how?

It has because it does make me more aware of how things are done. I know many people do not understand the Korean culture especially if they are not part of it or have been around it for a long time. I am more understanding of different cultures because not everyone celebrates or does the same activities like others and it makes me want to look more into different cultures. I love researching other cultures and finding out how interesting it is. 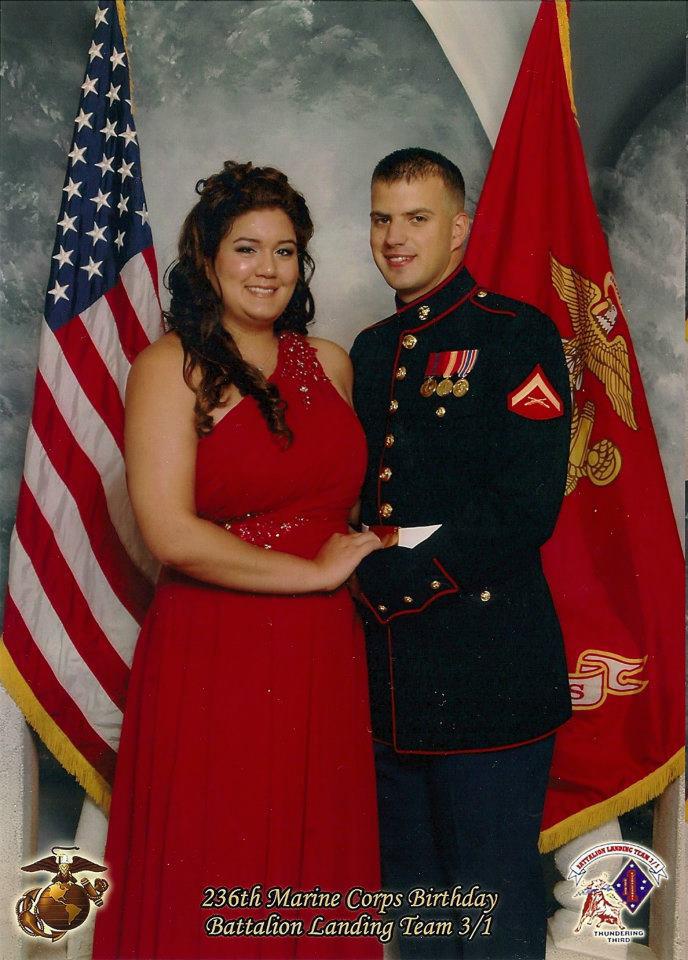 Rose and her husband Brian

Yes I do, my husband is of a mixed race. Brian is Italian, Polish, German, English and Portuguese.

11. Do you think in the future everyone will be of mixed origins?

I wouldn’t be surprised if the future holds more mixed origins. No one can stay solely “Caucasian” or just one race. Even in the past the Europeans had different kinds of roots and nowadays some Europeans live in America and they call themselves Caucasian. So the future honestly will hold even more interesting racial mixes.

I know I can be awkward at times but in the end of it all, I do my best to not let my race ever be an issue. Take life as it comes, surprise people with who you are as a person, don’t let race stop you from achieving your goals!