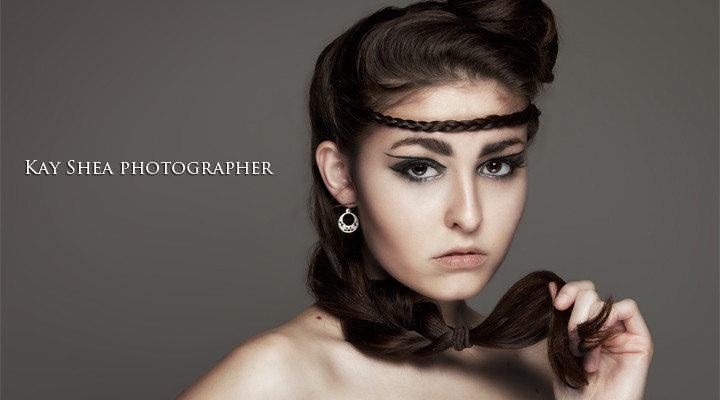 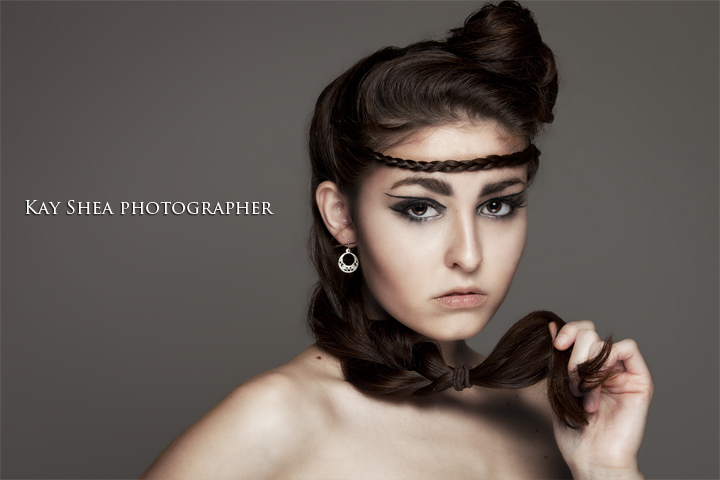 In this series we talk to people with a mixed background. Have these colorful roots entangled them? Confused them? In what way has their heritage formed their identity, how they look at the world and the world looks at them? In this episode we meet Jessa Warren from Missouri, who has Filipino, Native American, Belgian and Polish roots!

Hello my name is Jessa Warren and I am 19. I live in Missouri and I am mixed with Filipino, Native American, Belgian and Polish. I am an aspiring conceptual photographer and this is my story.

2. What’s the story of your parents?

My parents met in the military in San Antonio, TX. They were both born in the United States. My biological father is of Filipino and Native American descent and my mother from Belgian and Polish descent. I sadly do not have any cool accents from these backgrounds!

Jessa and her mom 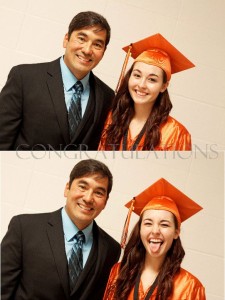 Jessa and her biological father

3. When did you become aware of your mixed background?

I became aware of my mixed background in Middle school when we were required to place our ethnicity on our state tests by ourselves. I just assumed I was “White” and filled in the little bubble next to Caucasian, I was also told by my teacher that I had filled in the correct bubble.

I then went home and asked my mother why I had to fill in these bubbles at school. She told me it was for statistics and such and then let me in on the fact that I am actually not the typical Caucasian and that I actually had the choice of Pacific Islander or Native American. I knew I was both, so from then on I was upset that I always had to fill in the bubble “other” since we could only fill in one. I definitely had a pride about myself when I found out who I was. I also had gotten into an argument in the 7th grade with a teacher because she said I wasn’t allowed to put anything else other than Caucasian. Let’s just say my mother happily spoke to her after that incident;-) 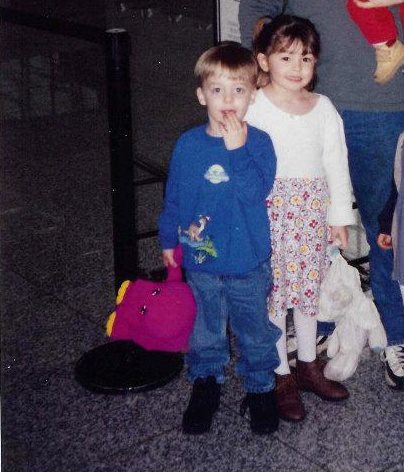 Jessa and her baby brother, baby brother and I - Note the difference in hair and eye color

4. Have you ever felt that you don’t belong? How have you overcome that feeling?

The only time I really ever felt like I didn’t belong was honestly when I had to put “other” on several different documents. I felt like I didn’t fit into any specific category and that always bothered me. Over the years I overcame that feeling by appreciating that I do have several different backgrounds and that it’s a good thing! Most of my friends have no idea that I am what I am. They all assume I’m full Caucasian or Korean haha. As bad as it sounds, they normally don’t say anything until they see a picture of me smiling *smacks forehead*

5. With which ethnicity do you identify most? Why?

I used to prefer to tell people that I am specifically Native American and Filipina, but over the years I stopped getting lazy and name all four!

6. How do others react to you? Have you ever experienced derogative comments? Do a lot of people ask you about your background?

I’ve honestly not had an extreme issues with my background. I don’t think it’s as prominent as most mixed background children so I blend in with the crowd. I’ve never heard a derogatory comment directed at me, but I have heard the stupid jokes from my friends. If anyone does ask me about my background, they say it’s because of the almond shape of my eyes and my higher cheek bones that made them ask. I guess Native Americans have high cheek bones? At least that’s what I’ve been told when I mention my ethnicity. All they say is, “I know you’re not completely white, what are you?” haha! < 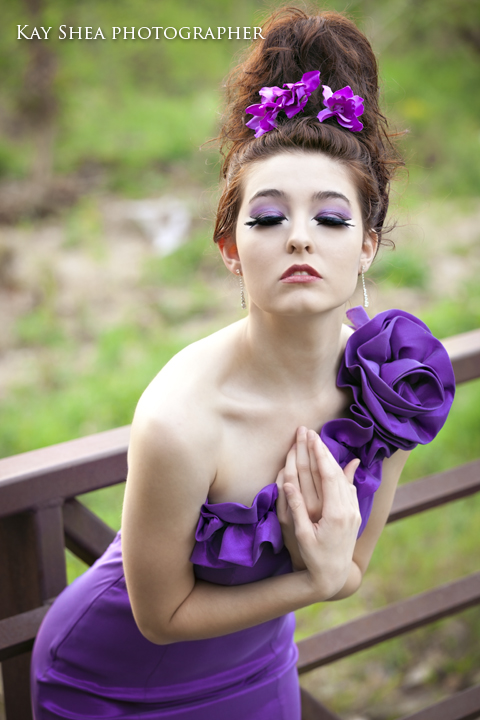 7. Do you feel your identity has been partly formed by your mixed background? If so, how?

I don’t think my identity has been formed by my mixed background. I sadly was not able to grow up with my biological father and I never really had a chance to experience anything from the Philippines unless it was through military family friends who use to cook with my best friends family during the holidays! I’m obsessed with Lumpia!!

I also worked in a dining facility for the military which enabled me to meet a few Filipina women. I always laugh because they tell me that if I ever head over to the Philippines that I need to be careful for they will either make me a famous model/actress or steal me because “lighter skinned” Filipinos are considered rare and beautiful. I love that they taught me a few words and even cooked a few dishes that we were all able to sit down and share while talking about how different it is where they grew up.

8. What does it mean to be multi-cultural or bi-cultural?

Multi-cultural or Bi-cultural to me would mean having several different world experiences in your own home and family traditions.

9. Has your multi-cultural background influenced your worldview? If so, how?

I think my background honestly doesn’t have anything to do with my worldview. Other than making me more aware, I would blame my worldly openness on my mother;-) She taught me to love everyone and everything no matter their race. She showed me that through her own actions and by allowing me to embrace my own cultural differences in whatever way I can. Also, the father that raised me and his wife and child had an influence on my ideas of bi-racial and multi-racial roots. 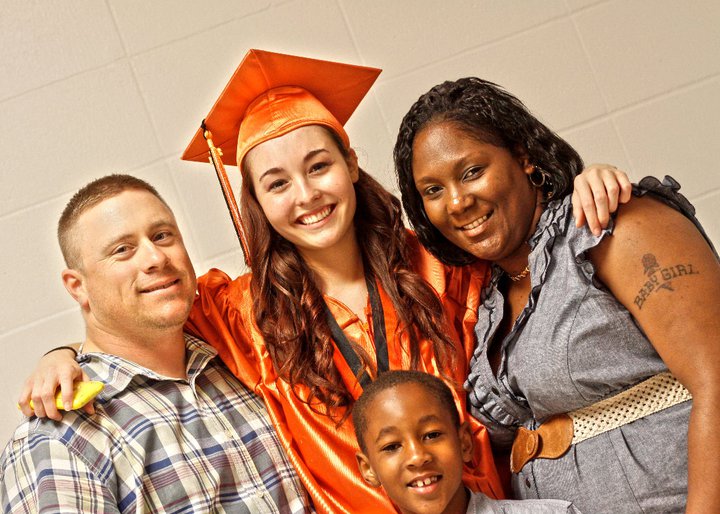 The father that raised me, who I call Dad and my stepmom and brother. My family is very multi-cultural;-)

I did have a partner for a few years who was also mixed. He is Native American, African American and Puerto Rican. We definitely had a fun time explaining that one to people! 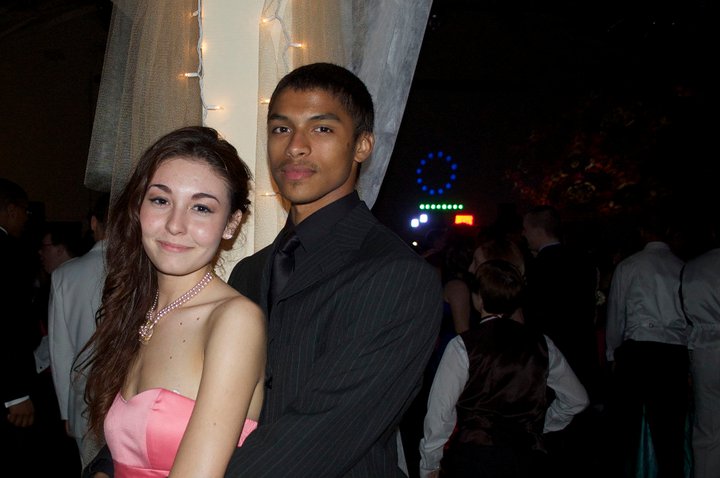 11. Do you think in the future everyone will be of mixed origins?

I think everyone is already of mixed origins, I just think it will be more prominent in the future with the growth of our minds. It takes a very good person to realize everyone whether they are white, red, yellow, purple or blue all have the same size brain, with the same tissues and neurons. The only person whose brain is different is a racist.

I may have not been able to grow up in an environment that held the traditions of my ethnicity, but I grew up in an environment that allowed me to be proud of whom I am even if I’m different. I may be Filipino, Native American, Belgian and Polish, but I am honestly just Jessa. The 19 year old with crazy, kinky hair, dark brown eyes, weird tan lines in the summer and an obsession with a camera and none of my background prevents me from doing anything I set out to do and it never will, even if I run into someone…with a very small brain;-)