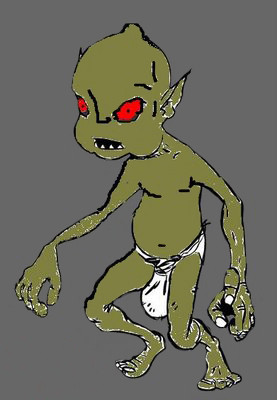 Get rich quickly in Malaysia with a Toyol!

During lunch at work we share stories about our cultures. Ghost stories were the most recent topic. Many ghost stories revolve around the Japanese occupation of Malaysia during WWII and the many, many atrocities the Japanese committed. Some places are ‘off limits’ because the ghost of the victims are still wandering around and could cause harm.

Another Malay story revolves around the so called Toyol (or Tuyul), my colleague Abu enthusiastically explained. It’s a greenish looking toddler with big reddish eyes, a big, bald head, pointy ears and sharp teeth that is kept and raised by its owner to steal money and valuables. If jewellery and money suddenly go missing from your home, a Toyol can be at work. 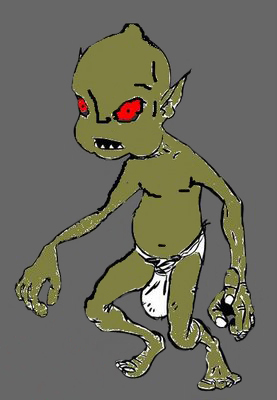 A depiction of a Toyol

A Toyol is described as a small child spirit invoked by a bomoh (Malay witch doctor) from a dead human foetus using black magic. You can purchase a Toyol from a black magician, or make use of an aborted baby and go through special embalmment techniques, or evoke a Toyol from its dwelling place. Through a bomoh you make an agreement with the Toyol. The bomoh will give you mantras and when you open the jar or urn where it’s stored, the Toyol will come out. Some Malay also go to Thailand or Indonesia to buy a Toyol, since they seem to have plenty. Modern times have caught up with this ancient practice: you can now buy a Toyol on the Malaysian version of E-Bay. In one advertisement the present owner (who wants to upgrade) advised a potential buyer just to take out a personal loan if he didn’t have enough money to buy it. The Toyol, if trained well, is certainly capable of earning the money back for him, and some more.

You have to take care of your Toyol and if you want to have a close relationship, you need to give it a cup of milk every morning, some toys, clothing, sweets and biscuits, a black candle and incense accompanied by mantras and some owners will smear a few drops of their blood on the Toyol statue.

In old village tales, people use Toyols for theft, sabotage and other minor crimes. With special rituals the Toyol can be made powerful and perform murder. This is rare, usually other spirits are used. The Toyol is hidden in a dark place until needed. In order to distract it you can always place marbles, beans or sand near your valuables. Toyol are like kids and fascinated by them. They will play and play some more and leave your valuables alone. Money placed under mirrors can also ward off Toyols due to a phobia of their reflections. You can also place some needles under your money, for they are afraid of being hurt by them. 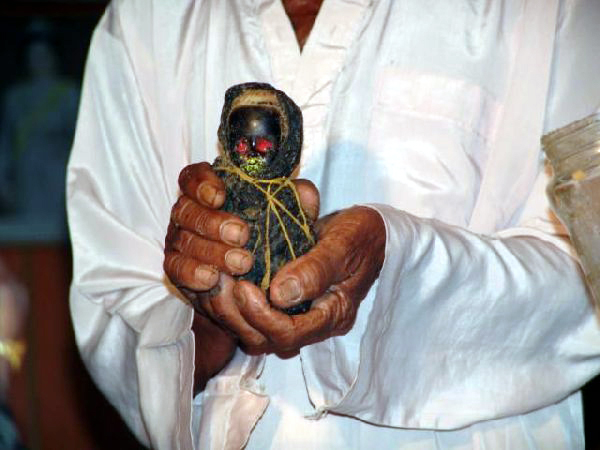 What happens if you want to end the agreement is not very clear. It could be that the urn, is buried in a graveyard (with the relevant rituals), and the spirit is then laid to rest. An alternative method is to dispose of them in the sea. That’s why you don’t open any bottles from the sea, Abu said. Or else, a Toyol gets passed down in a family through the generations. So once you obtain one, not only are you stuck with it for the rest of your life, but all your descendants as well. However, it can still get released by either the owner or bomoh to roam free. Without a master, it would stray into the jungle or visit homes as an observer without disturbing residents. Based on an anecdote, a Toyol confessed that it likes to peek into people’s lives apart from the occasional distraction of playing with any toys found within houses. A Toyol is quite harmless without a master but like a gun, it can turn to crime or mischief under the command of an unscrupulous individual.

Even though my colleague has never seen one, because they are difficult to spot, he still firmly believes in its existence. Money he likes to make the old fashioned way: by working hard.

4 thoughts on “Get rich quickly in Malaysia with a Toyol!”