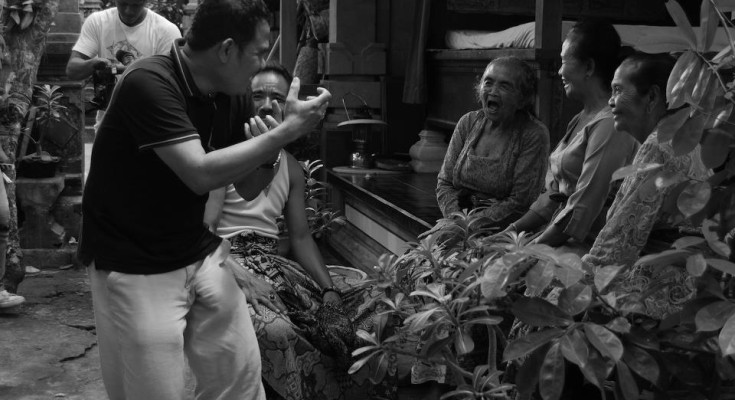 Garin Nugroho, His Latest Film ‘Soegija’ & my Role in it!

Garin Nugroho. A name as familiar to the general population of Indonesians as Quentin Tarantino is to Americans. Don’t know who Garin is? Well according to most of my friends, as well as some other random sources, he is the most famous and well-respected film director in Indonesia- a sprig of hope among a forest of well, really bad films. He has made mainly historically based films, but his focus and vigor sometimes drifts to personal self-discovery works of fiction, such as in Cinta Dalam Sepotong Roti (Love Is a Slice of Bread), Surat untuk Bidadari (Letter to an Angel) and most recently,  Generasi Biru (The Blue Generation), among many others.

His impact upon the world of Indonesian film is profound, considering he has earned a great deal of prestige by way of independent and international festival screenings and awards, a rare feat for Indonesian directors.  According to the Jakarta Post, Nugroho bounces from style to style with each film he makes, but he generally likes to emphasize aesthetics; his dialogue is said to be surreal and poetic. His aims are focused toward stimulating thought and discussion about politics, communication and multiculturalism in Indonesia. “I like to make films that provoke discussion — whether about the content or style. For example I would like to make a Muslim film about sex, with nudity. I am bored with the depiction of drunkenness in my country. Religion is intertwined with many aspects of life — with sex, with politics, everything. And now there is maybe more room to raise these issues in Indonesia” (Garin Nugroho in conversation with KINEMA). 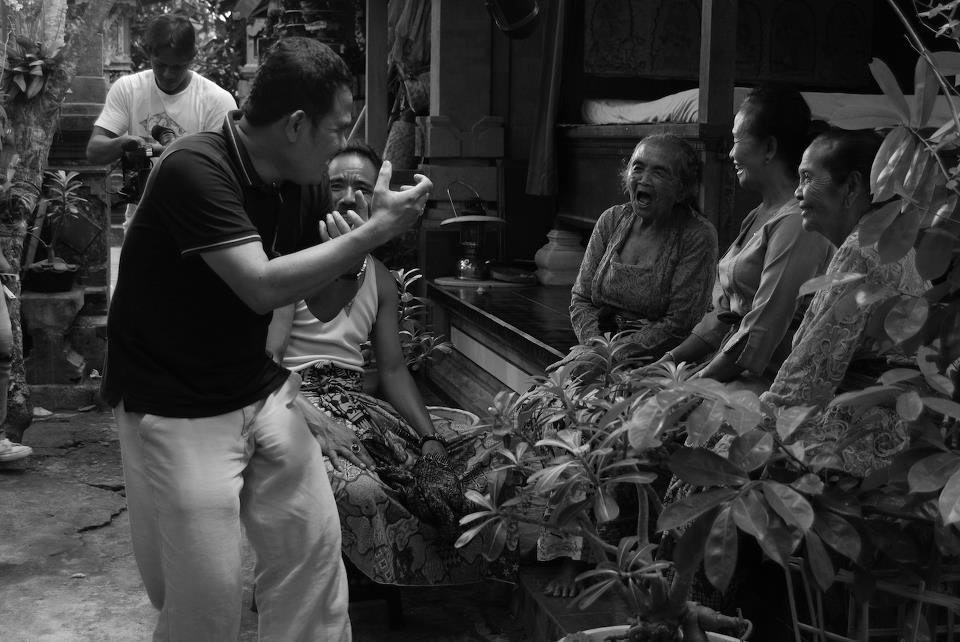 In his most recent work, Soegija,which finished shooting in early December, 2011 and is now in post-production, Nugroho brings his focus back to a non-fictional historical context. This one is about the first Indonesian archbishop, Albertus Soegijapranata, a name not known to the general population of Indonesians, but an important one nonetheless. Soegija was considered a national hero to Indonesia in his time and became famous for standing up to the occupying Japanese government and continuing the care and the existence of the St. Carolus Hospital. Watch the offical trailer (in Dutch and Indonesian) below:

As you can probably guess, the film includes love, war and yes, religion. The film, although my perception of it is only comprised of bits and pieces, takes place during the years 1940-1949, so many of the foreigners in the film, myself included, are meant to be Dutch.

An Extra in an Indonesian Film

Yes, I did say ‘myself included’; I was recruited, along with many other non-Dutch foreign women, to play a nun, a sister of the church. Although the majority of our time involved sitting and eating and drinking coffee by the cupful until our scene was ready to be shot, our opportunities to be cast in and observe the makings of a high budget, Indonesian film were enjoyable. On the first two days of shooting, my fellow sisters and I felt nothing short of celebrities, and not entirely comfortably either. One scene took place in a hospital in Magelang, and everyone in our vicinity insisted on taking photos with us dressed as nuns among medicines and IVs. After a few different days of shooting, things calmed down and fellow cast members and crew members started to feel sort of like a family. Everyone became accustomed to the waiting and eating, and watching Nugroho at work, and hearing the assistant director yelling ‘action’ and the ‘cut cut cuuuut!’ followed by an applause. 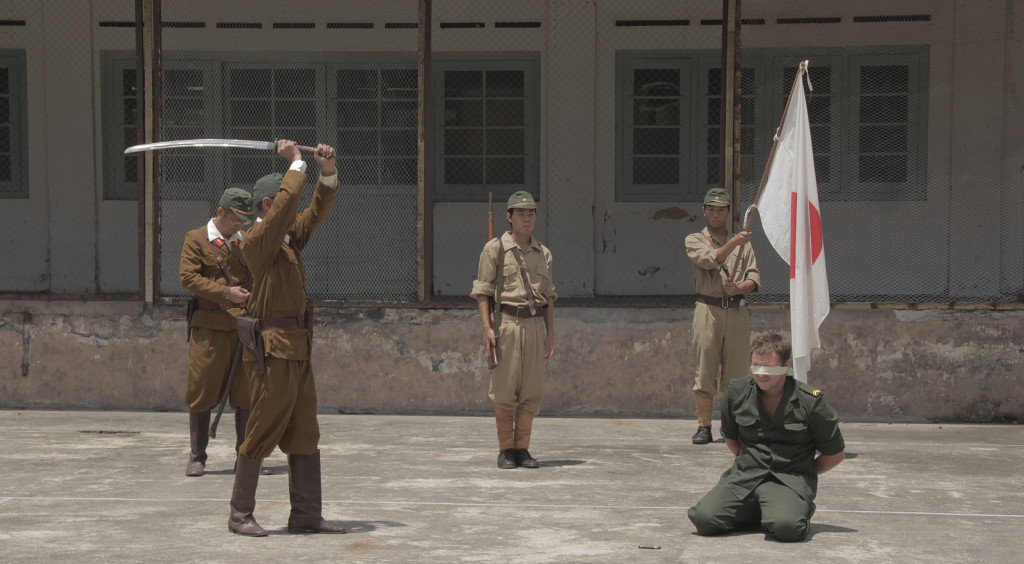 Things take a dramatic turn in the film Soegija

The atmosphere at the set was casual and welcoming. The wardrobe department was usually a small room with boxes and bins of different costumes and accessories, and we as extras usually had the freedom to rummage about through the bins as we pleased, and play dress up, so to speak. The crew was courteous and accessible; I had long conversations with the assistant director, the effects makeup designer and the assistant cameraman. At the risk of giving anything away, I will say no more, but Soegija is scheduled for release in June 2012.