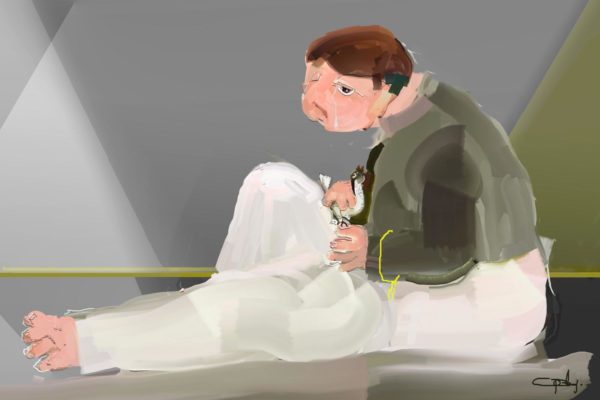 “The camp is in my entire work” 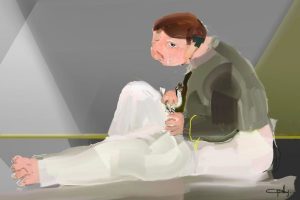 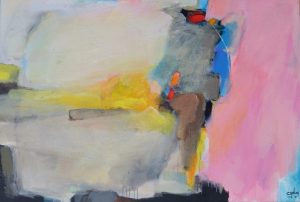 She died figuratively at the work table in her studio home in Hoog Soeren, in the first covid year. Her studio had grown into a kind of artist enclave over the years. Gaby taught at home in her so called ‘goedang’. Due to a disease she had been tied to a wheelchair for several years and even had to put down the paintbrush when her hands gave up. But then digital art came across and she worked steadily with software programs like ArtRage and Photoshop Elements. An unprecedented production came about. I visited and interviewed Gaby several times in 2019*. She said that her camp years in the Dutch East Indies were never the subject of her art, but that they were always subtly woven into her entire work. It was only very late that she began to title her paintings. Banjoe Biroe 10 (2016) was the first. Before the WWII, her family migrated to the Dutch East Indies, where father became a successful hotelier. She lead a luxury life. Until the war broke out and internment followed. About that period, Gaby once said that it brought her “humbleness, adaptability and perseverance”. The fact that camp time does not influence her work until late has everything to do with her aversion to cultivating victimhood. Gaby Bovelander was an autonomous, versatile artist, with no to coquetry. She went through countless styles and techniques: from figurative to surrealistic, from magical realism to abstract. She made sgraffiti, tapestries and stained glass, large mosaics and monumental murals, and digital art of course. Too much to summarize in one exhibition. Nevertheless, the Noord-Veluws Museum has managed to present a nice cross section of her work.