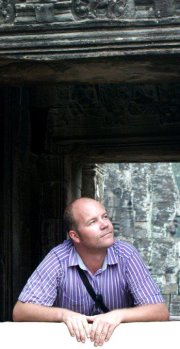 From Zwolle to Phnom Penh – Ramon Flicks the Switch in Cambodia

When people come to Cambodia, they usually take a while to settle in.

Ramon arrived in Phnom Penh last September, found a place to live in three days and within six months was the new owner of the city’s only movie house.

This may not sound like a great feat but Ramon took a slightly different path to most. He did it with no money.

As the king of networking, he flung out the net, built it – and they came. That’s how he does things.

His global escapades began in 2001 when he launched the website LetMeStayForADay.com asking people to invite him to their homes from his base in Amsterdam. The concept flickered and caught fire and Ramon received 3,577 invitations from 77 countries. So he hit the road for 26 months, staying with strangers who soon became friends.

He now has an online network of 452 Twitter followers on his English page, 844 on his Dutch page and 963 Facebook friends – not to mention the friends he has made during his 14 months in Cambodia. And it was many of these friends who supported him when he decided to buy The Flicks. 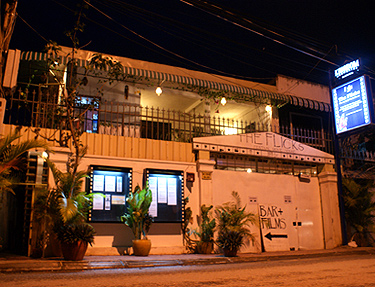 The Flicks in Phnom Penh

He heard it was for sale last March (through his social network, of course) and, within 10 minutes of reading the announcement, was on the phone with the owners.

“When I arrived in Phnom Penh and saw The Flicks, I was hooked,” he said. “I’d thought about doing something like that myself but realized it was already here and being done well. I didn’t have the space so it didn’t make sense for me to do. But when I heard it was for sale, I jumped at the chance!”

While he didn’t have the funds to purchase The Flicks himself, the resourceful Dutchman had an enterprising scheme to make it happen. He set up a website and asked for help from friends and fans of the Flicks to help him raise the $10,000 needed. Through his social media connections and the publicity generated by his idea, money started coming in and he received $7,084 from 150 people literally around the world. All of which was repaid – on schedule and as promised – within six months of opening.

I had to try it. If I only raised $130, I’d have to blush and back down and hope nobody remembered me. But if you don’t ask, you’ll never know”.

Since taking over The Flicks, Ramon has put his marketing skills to work and created a website containing a movie calendar and reservation form, a printed schedule which he delivers to 4,000 businesses throughout Phnom Penh and a larger and better stocked bar with food and drink at the movie house. 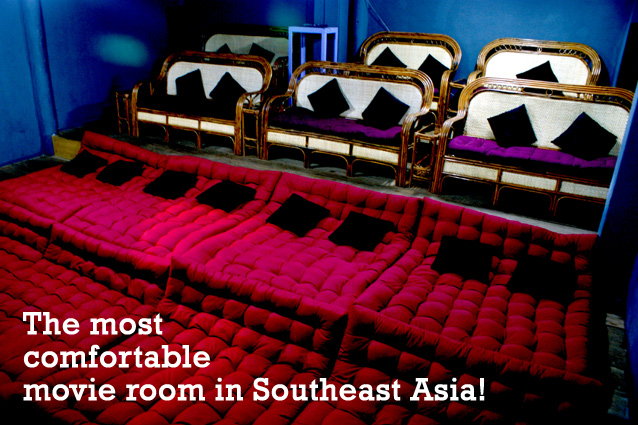 The Flicks, a perfect place to settle down

He has also added daily yoga and Pilates classes, opened the space to the community for its additional needs and is about to start Khmer classes at the location.

“I want The Flicks to be a community house not just a movie house,” he said. “It’s rather like a church without a religion…a place for people to gather and feel at home”.

And he is now launching his latest endeavor – a 20-page printed event calendar for Phnom Penh which hits the streets on December 1 – as he just took over LadyPenh, the most well-known daily schedule of events in the city.

He may be far from his native land (originally from Zwolle, then Amsterdam) but Ramon feels he has found a home in Phnom Penh.

“Cambodia has given me some fine opportunities,” he said. “Living in the Netherlands, I had to make lots of money, pay lots of taxes and at the beginning of the month start with an empty piggy bank again”. 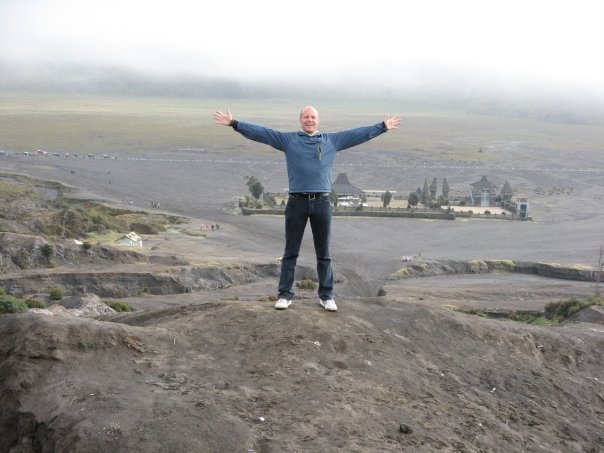 Ramon feels more than at home in Cambodia

While he also organizes expeditions up Mount Kilimanjaro, practices massage therapy and is working on the English translation of his book (Let Me Stay For a Day, Around The World For Free), he opens his home to students and visitors through CouchSurfing and declares he rarely works more than eight hours a week.

Most of what I do is fun. I feel that if I don’t like doing something, I shouldn’t be doing it.”