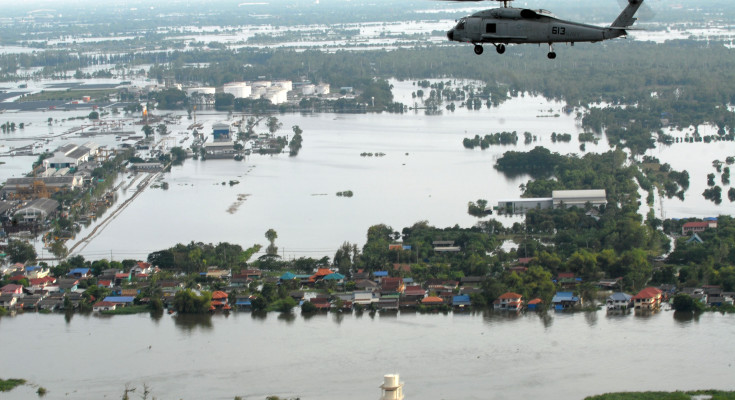 Floods and Unity: Thailand’s Struggle & Solidarity through the Worst Floods of its Time

2011 has been an action-packed year for Thailand beginning with the election of Prime Minister Yingluck Shinawatra from the Pheu Thai Party, dealing with the consecutive internal conflicts caused, now followed by unmatched devastation due to massive flooding. The flooding began in the North of Thailand in late July at the Chao Phraya River and continues to this day. 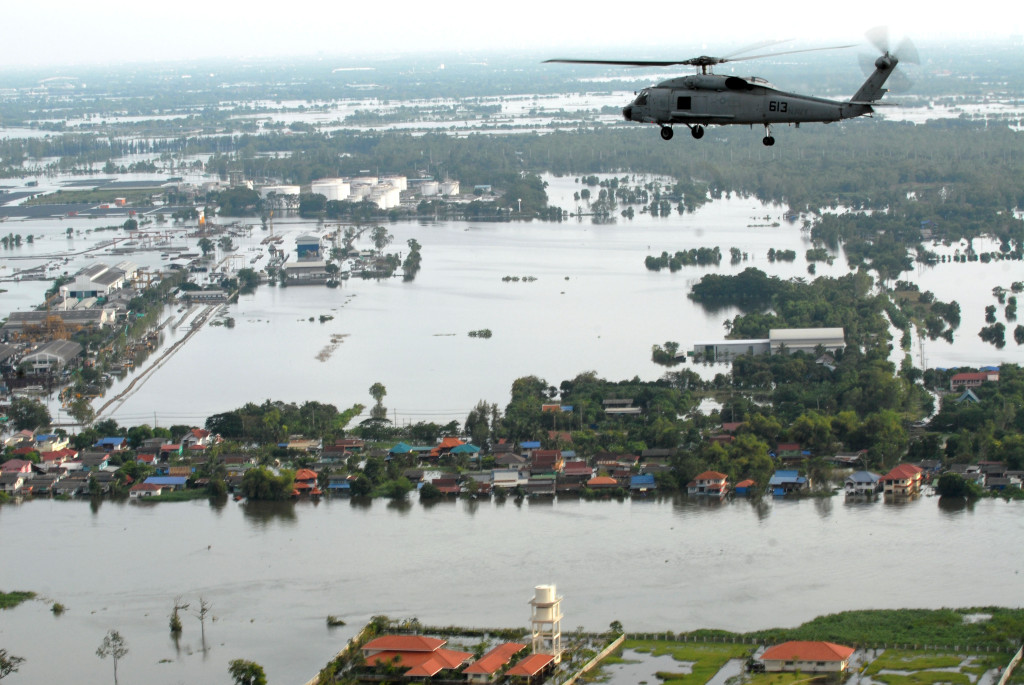 Many sources and citizens agree that this is the worst flooding Thailand has seen in nearly four decades. According to Thailand’s Flood Relief Operations Command, over 281 people have already been killed and four people are missing. The waters have damaged over 3 million acres of farmland around Thailand, and, in conjunction with mudslides have affected eight million people and 60 out of 77 provinces according to Thailand’s Disaster Prevention Department.

Many nature preserves and wildlife centers have also been affected, resulting in over 200 escaped crocodiles and 15 elephants stranded at Ayutthaya’s Royal Elephant Kraal. Having already damaged Northern Regions and provinces of Chiang Mai, Lampang, Mae Hong Don, Non Khai and many more, the flood water has finally reached Bangkok.

Bangkok’s fight against the floods

Life must go on, By: Bcow

There is close cooperation between former Prime Minister Abhisit Vejjajiva and his successor, Yingluck Shinawatra to work to protect Bangkok. Prime Minister Shinawatra has ordered canal dredging and reinforcement of flood-prevention embankments to protect the city, according to CNN. In addition, three new flood-prevention walls are being built at two locations in Rangsit, in northern Bangkok, and in Taling Chan, the western part of the city.

According to the BBC’s correspondent the people of Bangkok are in somewhat of a panic, buying non-perishables from the supermarkets and already postponing the new school semester. The farmers and villagers in the regions surrounding Bangkok are complaining that they are being unfairly affected by the flooding while Bangkok is being protected. Some citizens are acting out in frustration, destroying sandbags and interfering with government prevention projects. Prime Minister Shinawatra insists that protecting Bangkok is protecting the people of Thailand, however, and sources say she is confident that she made the right moves to protect Bangkok to the best of her ability.

Despite the complaints of the villagers near the flood gates of Bangkok and other personal and political tensions that are bound to arise from a crisis situation, the formerly-divided people and government of Thailand seem to have come together to aide one another through this tumultuous time. Only a few months ago, violent protests and battles between Red Shirts and Yellow shirts broke out, leaving the country in a tattered political state upon the new election.

Now, according to Moni Basu at CNN, disaster has brought the people together again. Moni observes:

In Bangkok and other deluged cities and towns, the strong carried the feeble on their backs. The young aided the old. Everyone helped each other.”

Prime Minister Shinawatra has already made several trips to affected areas pledging relief and financial recovery aid, including a pledge for long term construction and prevention projects. On August 20 the 24/7 Emergency Operation Center for Flood, Storm and Landslide was set up, and the government has also allegedly allocated relief funds to the affected areas.

What can you do?

Note: If you would like to aid in relief efforts for Cambodia, you can donate here:

Thailand is still flooded and dangerous to travel through. There is major damage to the roads and cities, and also a possibility that disease is being carried through the flood waters. If you would still like to find out more about traveling in Thailand right now, this website has live flood maps and up to date information.