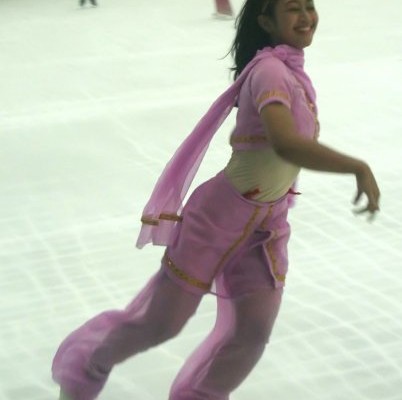 Figure skating on the equator

Say Indonesia and most people conjure up images of waving palm trees, golden beaches, hot and sticky afternoons where ice cream cones melt before you put them in your mouth. Not a very conducive environment to say, go ice skating. Yet in several malls in the bigger cities, no expenses are spared to keep ice skating rings frozen solid at all times. 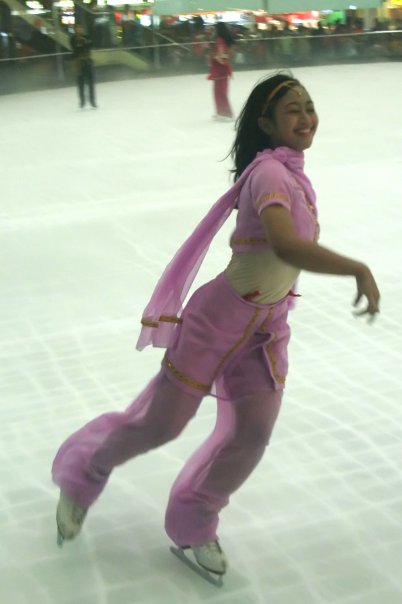 Ilva, swirling away on the ice

As the temperature slowly climbs up to 38 degrees Celsius, I talk to Ilva, a Bandung resident who in my eyes has a hobby almost equivalent to midnight sunbathing. She has been an ice skating trainer since 2001 and has won several prizes in figure skating tournaments.

I have been a trainer since 2001. As trainers, we are required to gain experience through competitions just like our students. This experience is a very valuable lesson to set examples to our students. The first competition I entered was in 2003, then I competed continuously until 2008 in many categories such as artistic, technical, jump and spin, pair/couple and ensemble. I won many gold medals in those competitions. The latest one was winning yet another gold for ice dancing in 2011.

What did you think when you first stepped onto an ice rink?

I felt a mix of emotions. I felt relaxed, happy, cozy and also lonely in a good way. Every person needs to have a place or thing to become their catharsis, maybe I already found mine, in ice skating.

Technically figure skating is a sport that requires a combination of power, speed and accuracy simultaneously. Also there is an aspect of art through music and dance that appeals to spectators of all age groups. I really enjoy ice skating because of this unique combination. Figure skating is not only a sport but it can also be a means for relaxation, concentration training, coordination or an art form.

How is figure skating regarded in Indonesia? Is it considered a strange pastime at all? Is there any ice skating scene in Indonesia?

Ice skating is yet to gain popularity in Indonesia. It is still considered as an exclusive sport and it has not been recognized to have its own independent organization in Indonesia. So currently ice skating falls into the roller-skating category. Therefore, ice skating athletes have to cover their own training expenses. The government also does not provide training camps and facilities for ice skating in comparison to other sports. 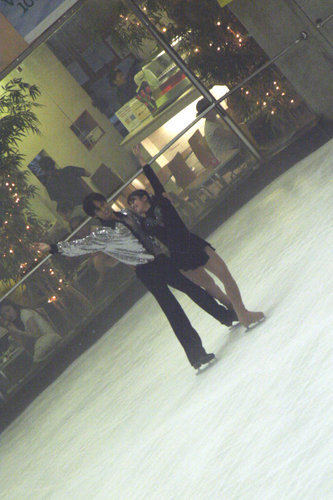 Ilva in a figure skating competition

Have you ever seen natural ice, as opposed to an ice skating rink in a mall?

When I visited Chicago I saw an ice rink on a frozen lake but unfortunately I didn’t get the chance to try it at the time.

How do you deal with falling down and the un-Indonesian temperatures on the ice?

I have no problem with the tropical climate here in Indonesia. Luckily I live in Bandung where it’s still a little bit cooler. As a matter of fact, when it’s hot outside, entering the ice skating rink can work as a cooling-down experience. The downside of being in a tropical country is that I am not able to ice skate on a frozen lake like you can if you live in a country with winter. 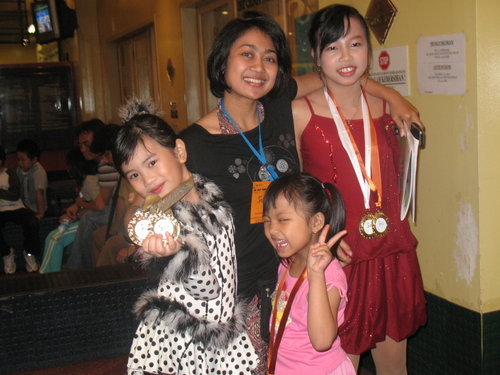 If you would like to try figure skating, just head to Parijs van Java mall in Bandung, where the Gardenice Rink is waiting for you. The rink offers courses for beginners and school classes (you might run into Ilva) and ice skates can be rented as well. Show off your Double Rietberger, for Rp.60,000. More info on http://www.gardenicerink.com/

In Jakarta you will find the Sky Rink at Mall Taman Anggrek. They also run classes and rent out skates. Skating on weekdays costs Rp.42.000. Go to http://www.skyrinkjakarta.com/ for more info.