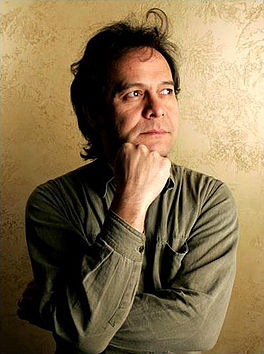 Eye of the Day, Shape of the Moon & Position among the Stars: a beautiful trilogy 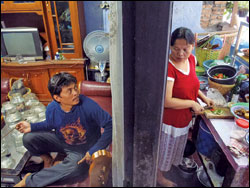 This year Leonard Retel Helmrich completed his sweeping documentary-trilogy about an Indonesian family in a Jakarta slum. In Position among the Stars Retel Hemrich once again captures the underlying patterns of change in Indonesia through the eyes of the Sjamsuddin family. For more than a decade, the Dutch filmmaker with Indonesian roots followed the family almost everywhere they went. Just like in the previous parts, Eye of the Day and Shape of the Moon, the viewer briefly becomes a part of their life.

According to Retel Helmrich, the three parts of the trilogy can be seen as a whole. They comprise the compelling story of a single family trying to survive in Indonesia. The events that occur in their lives show the radical changes that the country goes through in the post-Suharto era. The three generations within this family: grandmother Rumidjah, son Bakti and granddaughter Tari, personify the past, present and future of Indonesia.

In 1997 Retel Helmrich visited Indonesia as student protests erupted all of over the country. Eventually, Suharto was forced to step down a year later. Retel Helmrich started filming the daily life of the Sjamsuddin family against the backdrop of a country in turmoil. The Reformasi, a period of sociopolitical change in Indonesia, had just begun. Eye of the Day shows us how this change influences the lives of the three generations. The documentary was released in 2001 and gained considerable international attention.

Only a few years later, in 2004, Shape of the Moon was released. In this documentary, Retel Helmrich shifts his focus to the rise of Islam in Indonesia. Change and tradition increasingly come into conflict: as a response to the country’s uncertain future, Islam rapidly gains popularity. Once again, these developments are seen through the eyes of the ―Christian― family Sjamsuddin in Jakarta. While son Bakti decides to become a muslim to marry a muslim girl, Rumidjah longs to return to her home village in Central Java. The film was a big succes. It won several international prizes, such as the Jury Prize on IDFA and the Grand Prize World Cinema Documentary, on the Sundance Film Festival.

Completion of a trilogy

Completing the trilogy took a lot longer: over five years of filming, and another one and a half years of editing. Retel Helmrich, who in the meantime had become a world renowned filmmaker, earned a fellowship on Harvard. Most of the editing of Position of the Stars was done there.

Unlike the first two films, the story is more explicit. At the same time, it is more complex. Its mains focus is the influence of globalization on future perspectives of Indonesian youth. Following that central theme, daughter Tari has a more central role in the film. With this last part of the trilogy, Retel Helmrich again won the Jury Prize on IDFA and the Special Grand Jury Prize at Sundance. 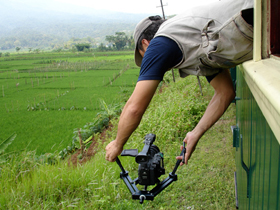 The single shot technique in action

The filmmaker as a poet

Over the course of 12 years, Retel Helmrich almost became part of the family he was filming. At times he was practically living with the Sjamsuddin family. Moreover, Indonesia has become his greatest inspiration. With the single-shot cinema technique, which he developed, Retel Helmrich is able to film extremely close to his subject. The technique involves long shots and a constantly moving camera.

Through specific camera-movements he tries to express the emotion of that moment.

It results in an extremely visual and often symbolic way of filming which blurs the lines between documentary and narrative. And by doing that, this beautiful and poignant documentary-trilogy Eye of the Day, Shape of the Moon and Position among the Stars truly captures the poetry and ambiguity of modern Indonesia.