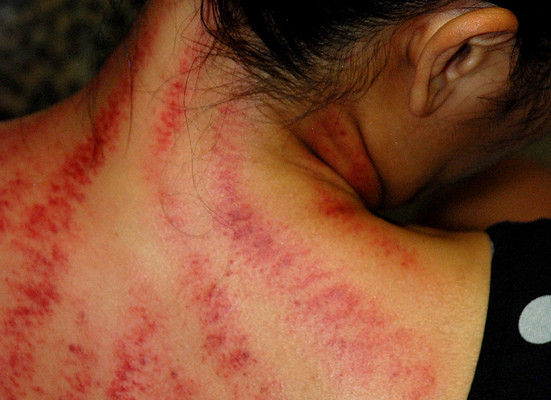 Serekith uses it whenever he feels ill. Izzy swears it helps her with headaches. Finn tried it for his cold. And Heang won’t do it because it is too painful.

It’s the process called Koas kjol, literally translated as “catch the wind” (or “coining” as westerners call it) and it’s one of the traditional forms of healing among Cambodians. It involves rubbing oil or balm on the chest, back and shoulders then using a coin to vigorously scrape the area until red welts appear on the skin. Commonly used for headaches, fevers, dizziness or nausea, it’s a practice used by Cambodians and other Southeast Asian (in Indonesian and Malaysia this practice is referred to as kerokan) who turn to it as readily as westerners reach for a Tylenol. 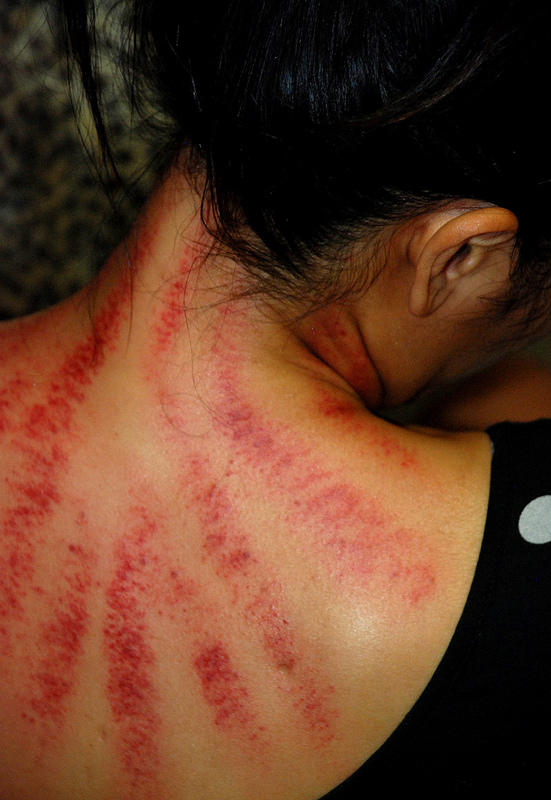 The result of coining, By: Craig

“When I was at medical school and studying all night, I was often tired and couldn’t concentrate,” said Vatana Meng, RN, who works as a pharmacist at U-Care pharmacy in Phnom Penh. “It always made me feel better to have coining but it was very painful so I wasn’t able to do it too often.”

Another traditional practice is choob khyol (“sucking the wind”) or “cupping”, where dozens of small glass cups are placed over the back and a vacuum is created by lighting fires inside the cups or suctioning the air from them. According to practitioners, the vacuum causes the blood to form in the area and the suction penetrates the tissues causing them to release harmful toxins.

Throughout Cambodia, there are practitioners everywhere offering these remedies for a small fee, but they are most commonly done in people’s homes where mothers, wives, daughters and aunties perform the treatment.

“When I have too much to drink, I ask my wife to do koas kjol so I feel better in the morning,” said Thy Try. “And I always do it when I feel dizzy or sick. It’s the best thing for helping me feel better.”

While these traditional practices are generally used by Cambodians, they are also explored by the occasional expat, curious to try alternative treatments.

Finn Aberdein is a producer with the BBC World Service who was introduced to cupping and coining by an enthusiastic tuktuk driver: “I was in the long tail of a nasty cold and grumbling about it to a tuk tuk driver,” he said. “Before I knew it I’d been whisked to a cupping joint,” he said. “Amazingly, after having the treatment, I felt instantly and noticeably lifted. The heaviness in my body had gone although I did have a fair bit of discomfort from the angry coining welts reddening between my ribs.”

Would he do it again?  “Probably not. Cupping, maybe. Coining, too sore”. 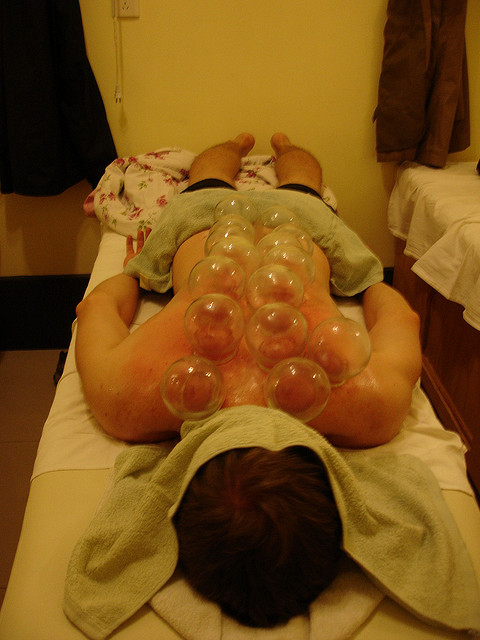 Cupping, a cure or a healthrisk?

For Izzy Rhodes, who has lived in Southeast Asia for two years, coining is her remedy of choice. Not only does she have the treatment herself, but she’s also taught herself how to do it on others.

“I don’t know why but it always makes me feel better,” she said. “I don’t find it particularly painful when I am sick and it generally seems to do the trick”.

According to the National Center of Traditional Medicine in Phnom Penh, approximately 60-70 percent of Cambodians practice traditional healing methods and 80 percent use coining for relief.

“Our people don’t know how to practice in the western way,” said Dr.Pen Sunna, the Centre’s Assistant Director of International Cooperation. “Traditional medicine can be very helpful and it’s the first thing Cambodians try when they are unwell.”

Used by everyone from tuk tuk drivers to executive directors, these remedies may be the first choice for ailing Cambodians but they are also a source of concern among medical doctors.

According to Dr.Peter Li, Country Director of Side By Side International, an NGO that provides emergency medical response services in Cambodia, traditional practices can cause severe damage and pose a number of threats to a patient’s health.

“Coining breaks the capillaries that supply oxygen to the body,” he said. “If it’s done on a patient who has hypertension, diabetes, asthma or other heart or airway-related problems, it increases the risk of having a stroke. And in a public setting, the risk of infection is high from sharing coining devices as well as using unhygienic practices.” 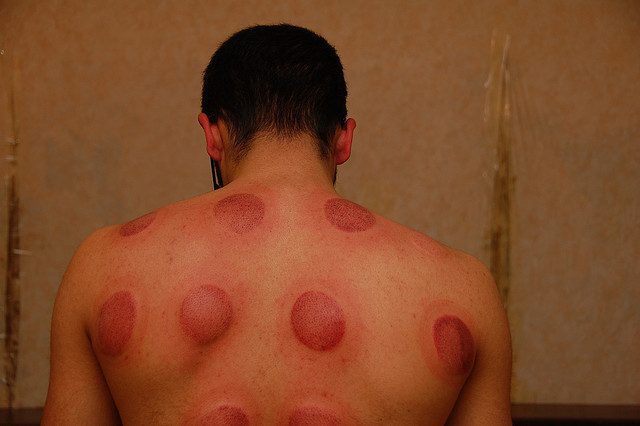 The visible marks after cupping, By: Renato Ganoza

He described an incident where his medical team saved the life of a VIP patient who received coining treatment for dizziness and shortage of breath.

“His blood pressure was 210 over 120 and he was going in and out of consciousness,” said Dr. Li. “If we hadn’t got there in time to give him oxygen, he would have passed out and died from a heart attack.”

However, while health professionals may be skeptical and medical training is focusing more on western practices, long-standing beliefs among Cambodians aren’t about to change that fast.

“My co-worker died because she drank too much alcohol and didn’t get coining,” said practitioner Say Heang. “She had too much hot temperature in her body and should have released it. She died because the bad air caught up with her”.