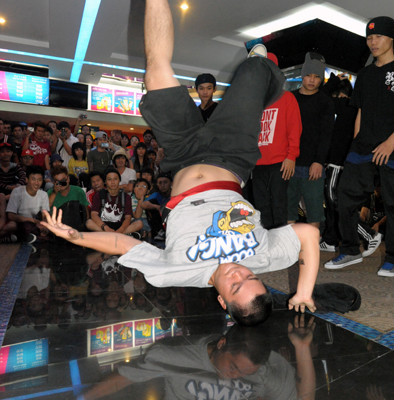 Escape in Breakdance in Vietnam 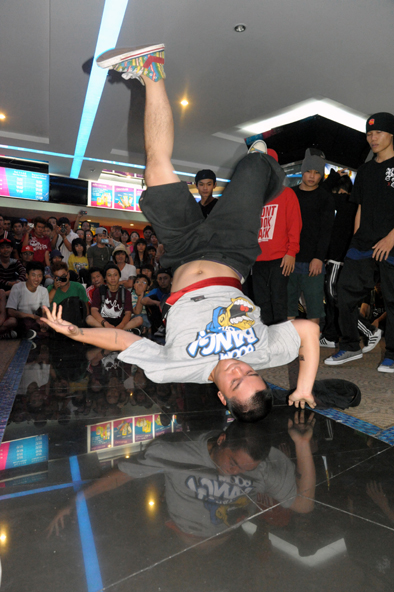 Muscles are being stretched and flexed, head-spins and handstands practiced while the dancers are seizing each other up. The atmosphere is relaxed and full of anticipation. Youngsters getting together and having a friendly hip hop competition where they can show off their moves and tricks. Most are not dressed in the traditional hip hop attire with baggy pants and matching shirts. Tight jeans seem to be the fashion. It doesn’t seem to hinder their moves though. The competitors are mainly boys, but the girls are starting to get into the game as well. The event is held on the top floor of a big shopping centre.

Dancing in Vietnam? Too Bourgeois!

Dancing and Vietnam are not a good combination. If I ask my friends, who are about 25 years old, if they ever dance, they react a bit squeamish: “No, of course not! We don’t do that!” As if you’re asking something truly indecent. Ballroom dancing was forbidden in Vietnam until the mid ‘90’s. Too bourgeois. Vietnamese traditional music doesn’t stimulate dancing either, because it doesn’t have rhythm like we know it. It just streams along.

But things are changing, changing fast as the population of Vietnam grows younger and younger. Youth culture is seeping onto the streets of Vietnam. Hip hop has gotten popular in recent years. It didn’t have a good image in the beginning, when the ‘gangsta’ style was dominant and there was a lot of fighting. But that has changed and most of the ‘gangsta’ dancers stopped. 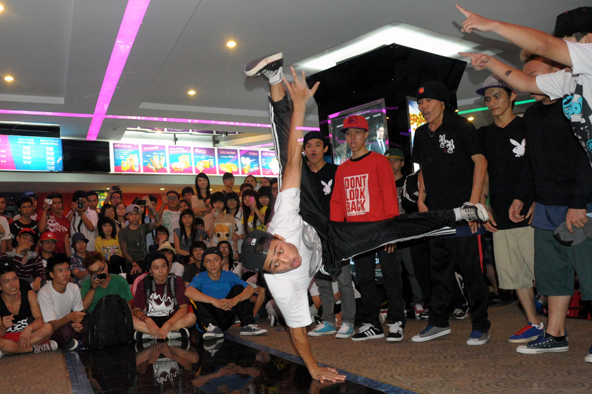 Showing off some tricks & moves, By: Diane van oort 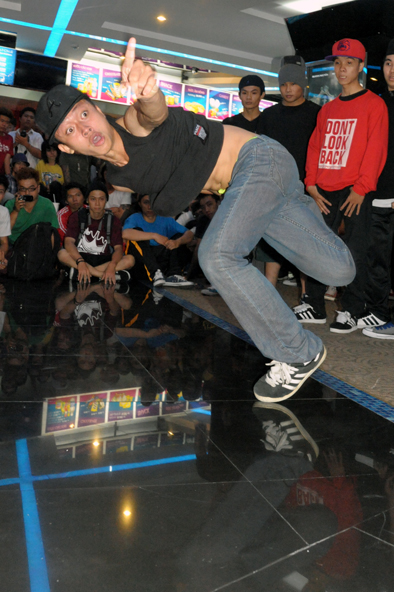 B-boying is a release, By: Diane van Oort

The Big South Crew in Saigon

Sword is one of the b-boys or break dancers of the Big South crew, the biggest hip hop crew in Saigon. He’s 21 years old and started about five years ago. He was inspired by his friends and what he watched on television. His parents didn’t like it in the beginning, but are okay with it now. It also has gotten easier to find a place to practice. It’s still not easy to get permission to hold an event. The government is anxious about hip hop and wants to control it.

Most of the youngsters come from middle or upper middle class families. They have the time and money to practice and don’t need to work. They look at the television and the internet for other ways to express themselves, to live and make a living, than their parents did. It’s also a response to the pressure they are experiencing. They are trying to get away from study, study and more study. Parents want their children to do well at school, which all parents want, but they regularly fail to see that not every child is a genius and that keeping your child up to study all night isn’t productive.

Parents also have an economic interest in their children: pensions are low, so in their old age they will have to depend on their children. Youngsters can get depressed by these steep demands and are looking for a way out and a way to improve their self esteem. Dancing offers this escape. It’s a positive, cool and clean alternative from street racing on their bikes and getting in trouble with alcohol and drugs.