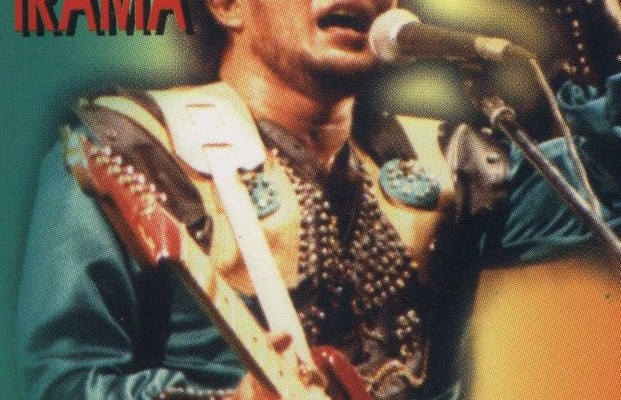 Anybody ever visiting a village wedding will have witnessed it: Dangdut. An often scantily dressed female singer, showing off her for Indonesian standards quite daring dance moves. Fast paced Malay, Hindu and Arabic rhythms, it is Indonesia’s working class music of choice and the dangdut craze continues.

Dangdut: How it all began 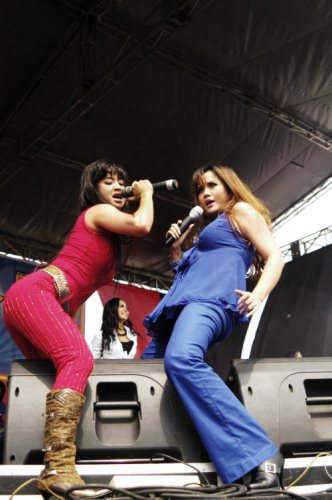 Ask anyone in Indonesia (and Java specifically) today what he or she thinks is the ‘Music of The People’; and their answer will be quite resounding: Dangdut. Visit any working class social event and a dangdut band will surely be present to entertain the guests. And while its roots stem as far back as the 1940s, 1970s Indonesia in the middle of its political change, also was the period when dangdut, Indonesia’s Indian and Arabic influenced danceable pop music first hit mainstream popularity and cemented its claim as the voice of Indonesia’s working class. Since then, the genre has enjoyed its fair share of mainstream success, as well as controversy, up to the present day.

Rhoma Irama and Dangdut in the 70s

As Bob Dylan is often touted as the grandfather of folk-rock and Dizzie Gillespie always considered as the brains behind bebop jazz, Rhoma Irama, the self proclaimed Raja Dangdut (King of Dangdut) and his band Soneta Group, arguably single-handedly created the dangdut genre we know today. He married reinterpretations of Indian Bollywood music with western rock guitars, Arabic and Malay harmonies & melodies to an instant success. And while many of Indonesia’s popular rock bands at the time expressed antagonism towards the perceived ‘crass’ style of dangdut, many of the Indonesian psychedelic or even pop bands, such as the Ariesta Birawa Group, Murray and Panbers, at times would also inject Indian sitars, drum beats and old Malay melodies into their music. Rhoma Irama’s music and film success would go on throughout the 70s and 80s. He is still seen as a hero amongst a significant proportion of Indonesia’s population. Other notable dangdut performers from the 1970s – 1990s are Elvy Sukaesih, Meggy Z, Lis Dahlia, Ikke Nurjanah and Dewi Persik.

Mega hit in 1991, Kopi Dangdut is a Dangdut version of a latin classic titled Coffee Rhumba 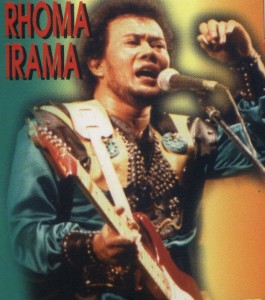 Rhoma Irama, the king of dangdut

As with any self-respecting superstar, Rhoma Irama entered the movie industry, then politics and caused a stir with the New Order government as he rejected to join the ruling Golkar party and supported the pro-Islamic Partai Persatuan Pembangun (PPP) instead. His increasing role as a religious leader has also had an interesting twist on 21st century dangdut. Since the early 2000s, Rhoma Irama has constantly attacked Inul Daratista (who burst into the scene at the time), a raunchy dangdut performer famous for her controversial ngebor (drilling) style of dancing featuring lots of suggestive gyrating hip motions for her ‘pornographic’ performances. The genre itself has seen a surge of local ‘sexy’ dangdut performers in the wake of Inul’s fame (widely available on Youtube), who have also been attacked for their ‘morally decadent’ shows.

Whatever negative views dangdut receives, it still holds an important role in the everyday lives of Indonesians. As recited by popular comedy-pop outfit Project Pop, “Dangdut is the music of my country”.