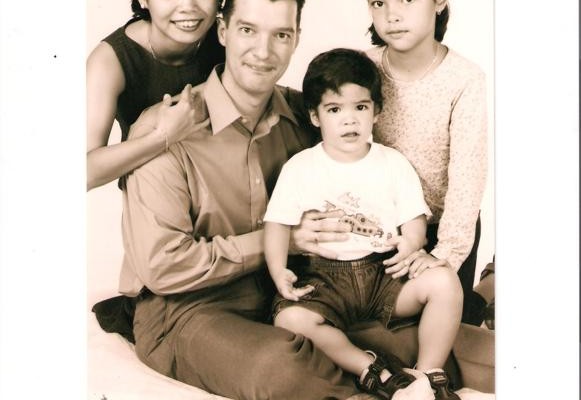 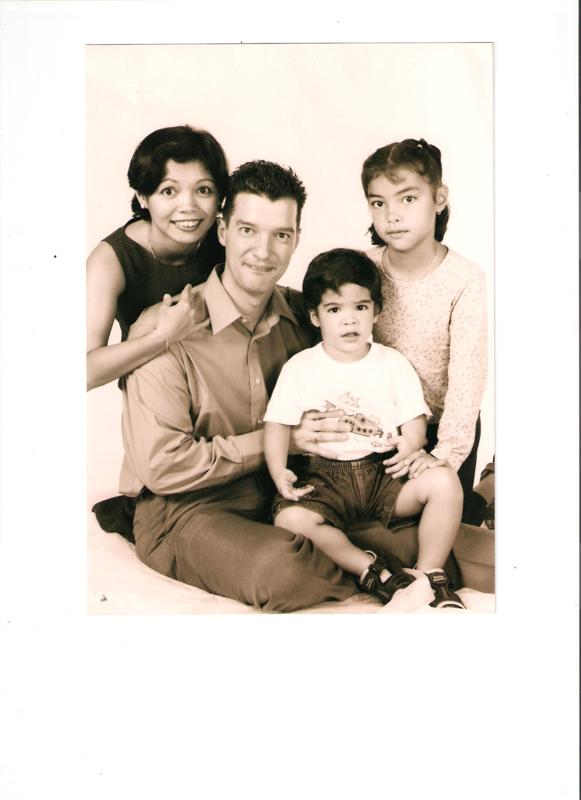 Welcome to the third installment of the Cross-Cultural Couples series on Latitudes.nu. After we met Kim and Michele, who live in Pontianak and Siti and Benny, who live in a small town in the Netherlands, we now meet Kindeng Temminck-Simamora. Her story carries a lot of beautiful moments, but also a lot of sadness, as her husband, Jan, passed away in 2009 due to a stroke. They were married for fifteen years and have two children, a daughter of fifteen and a son of nine. Kindeng now lives in Indonesia with her two children.

Kindeng: “Our first contact was through a Dutch magazine called Libelle. I sent a letter to that magazine with the wish to have Dutch friends to practice my Dutch. His letter was one of the hundreds of letters and cards I received. I was a student majoring Dutch literature and language at University of Indonesia at the time.

During my study some students including me got a chance to play a drama in Dutch in Holland and Belgium. We stayed there for seven weeks. So this would be a very nice way to see each other in real after only seeing each other on photos. Jan was very interested in Indonesia and he went to two of our performances in Utrecht and Amsterdam. He took his parents and friends to the presentation in Utrecht. There we had a chat. It was the first time we saw each other and I wore thick make-up at that time. After the performances we saw each other several times. We had more time to talk and he could see the real me (without that stage make-up).

For him it was love on first sight but not for me. I just couldn’t imagine having a foreign boyfriend. I didn’t speak the language very well and I was thinking:

How could I express my feelings to him if I don’t know the words? Do I still have to think about the correct Dutch grammar if I am angry? No way……..”

When Kindeng went back to Indonesia they wrote letters to each other. Every day they wrote and every week they sent a letter. During the correspondence her feelings for him became different and grew into more than just a friendship. The next year he visited Indonesia and there she couldn’t deny her special feelings for him anymore.

They had long distance relationship for four years. At that time there was no email, no text messaging, only letters which took ten till fourteen days to arrive. Jan visited Kindeng in Indonesia every summer:

The airport became the place I liked to go to most (to pick him up) and also the worst  (if he had to go back to Holland).”

“After four horrible good-byes and after I finished my study we decided to get married. After that we moved to Holland.”

How did you adapt to life in the Netherlands?

Kindeng:”I was happy that we could see each other every day now and didn’t have to stay apart for a long time any more. But honestly. I must say that I missed our correspondence. On his first birthday after our marriage, I bought a card and asked the woman in the bookstore to write our address and send it through the post. It was really a big surprise for him because he didn’t expect a card from me at all.

It was not a problem for me either to speak out anger or sadness, because he then studied Indonesian language. This was a plus point, that we spoke each other’s languages and we learned about each other’s culture and customs.  It also meant that we could communicate with our families.

Still there were things I found difficult to accept. For example that Jan could talk to his mother in a loud voice or that he just kept sitting with his legs on the table when his mother served him tea. That is a big no-no in Indonesia. In Indonesia you always have to be polite to elder people especially your parents. Of course I also learned “new” things from his culture:

Disagreeing and voicing your opinion (especially to elder ones) doesn’t always mean hurting people and saying sorry to your children, even the young ones, is not shameful.”

Things like that were not usual in my Indonesian family at that time.

Did these differences ever lead to any miscommunication or discussion? What were the biggest challenges?

Kindeng:”One difficulty that needed much time to get used to was being open and saying what you feel. In Indonesia body language plays an important role. You can see from someone’s reaction if he/she is happy or doesn’t feel good. Several times I didn’t like what he did. For example he promised me to go out in a weekend but then cancelled it for some unimportant reason. It disappointed me and he could see it. In my opinion he must have known why I got upset, so when he asked me why, I just said, ‘nothing.’ He just acted like nothing bad had happened and I was just waiting for him to apologize to me. An endless problem. Since that I learned to say what I wanted him to know about my feelings. It is not easy but I got used to it. He also learned to be more sensitive about my body language.

The biggest challenge I had to overcome was when I moved to his country. I came from a big family (my parents have 6 children) and most of them still lived in my mother’s house (my father has passed away). We had close relationship with each other. Before going to bed  we often talked to each other about our experiences of that day. I also had lot of friends and although I didn’t have a job, I had a lot of activities outside the house. It was so hard to say goodbye to them and to my friends.”

“Once again I hated the airport. I cried a lot that day, even in the airplane, especially when I read a letter from my third sister, my roommate. I refused to eat during the flight.”

Kindeng moved from a city with 7 million people to a village of 700 people. There was no public transportation, taxis were expensive, bicycles were too high, she always had to depend on others for transportation. She missed her hometown but also knew that this was her my choice: “I choose my husband over my family and friends.” Here I also have family and I could make new friends. 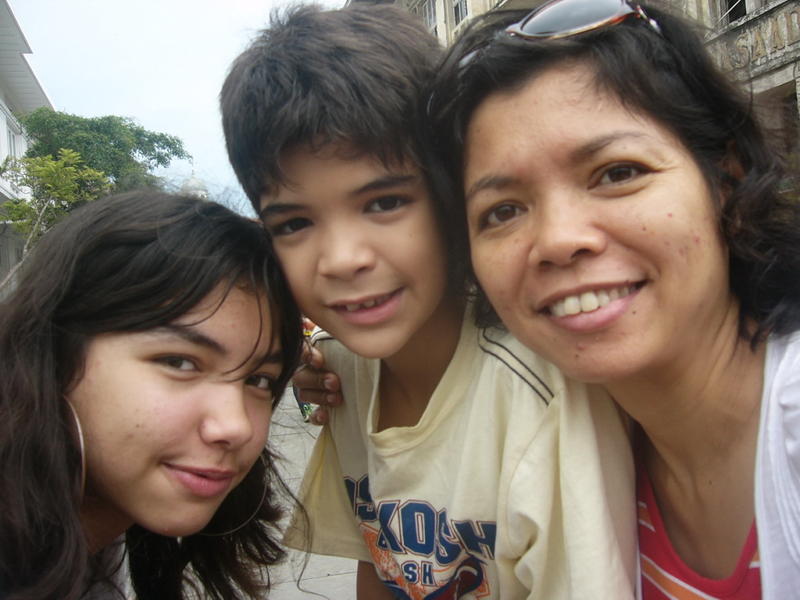 Kindeng and her children in Jakarta

Our daughter was born in Holland and our son in Indonesia. Although Jan and I spoke each other’s languages we mostly used Dutch with each other also with our children. Our children often get a lot of attention from people around. It can be annoying but I explain to them that it is not meant in a bad way. People like their unique face, which makes people just keep looking at them.  They just wonder whether they look like the mother or the father.

What does it mean to be in an interracial relationship?

Interracial marriage can cause many problems and heartache. You don’t know which country you belong to. But I think it depends on you. For me it is enrichment. You belong to two countries, you know more about two cultures, customs, languages, so you can read more books, understand more people and extend your mindset about anything.

Any tips for other cross-cultural couples?

One thing I want to say to other mixed couples: love your own country and that of your partner equally. Show it to your children. Every country has minus- and plus points. The importance is that your children don’t grow up hating or disliking one of the countries because it is a part of them. You wouldn’t hate yourself, would you?