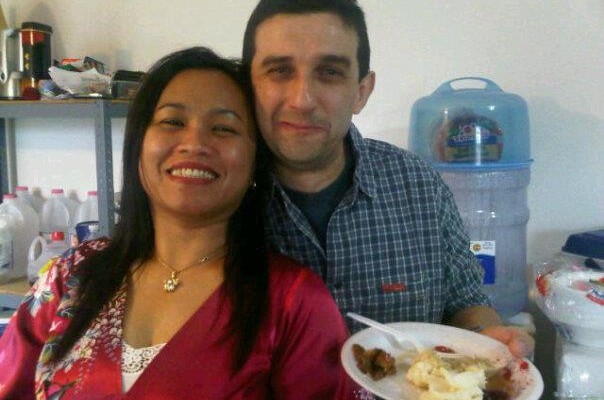 What better way to celebrate Christmas, then with another story about borderless love? Our cross-cultural couples series is constantly on the lookout for fresh mixed couples who would like to share their story with our readers. Are you in a mixed relationship and would you like to be featured? Don’t hesitate and start the new year with your very own portrait on Latitudes.nu! E-mail info@latitudes.nu for more info. 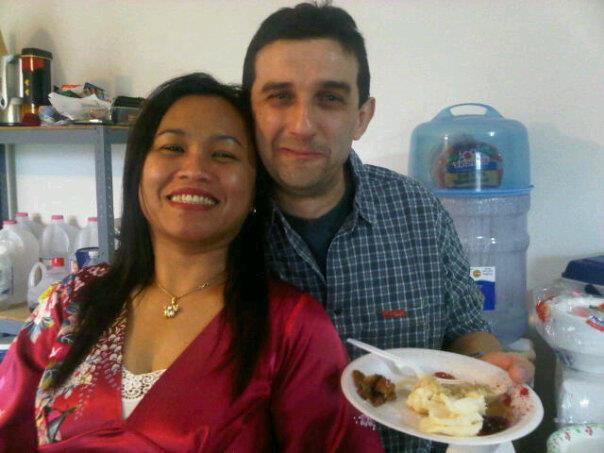 This time, there is an Italian love connection: Davide Villa from Fiorenzuola d’Arda in Italy met the beautiful Julie from Yogyakarta online. Their love only grew stronger offline. As a true testament to cross-cultural adaptability, Davide lived in Spain, visited Indonesia, then the couple lived together in Italy and finally moved to Rockford Illinois in the United States a few years ago, where they now live with their 2 children.

Please introduce yourselves, what are your names, Where are you from, how old are you and where do you live?

My name is Julie from Yogyakarta, Indonesia and I’m 35 years old. My husband’s name is Davide Villa and he is from Fiorenzuola d’Arda, Italy and he is 42 years old. We live in Rockford, IL (USA).

We met on a dating site around September or October 2001, I was in Jakarta while Davide was in Pamplona (Spain). He was the first one who sent me an email at the time. He introduced himself to me and said he would like to get to know me better. I didn’t reply his email at the time, but after 3 days he sent me an email again, saying thank you for opening his email but also asking me why I didn’t reply him. So I apologized and replied him. Ever since then we became very close, we emailed, text messaged and telephoned each other. It was like a déjà vu and we ‘clicked’ on so many levels.

He always offered me to come and visit him in Spain, but I said that if he really wanted to know me better he had to come to Indonesia. He was surprised about that and wondering if he could visit me in Indonesia. When I said yes, he quickly arranged his trip to Indonesia. He arrived in Jakarta in February 2002.

I waited for him at the airport. We were both very excited and nervous. He was nervous because he never traveled to Asia before. He suffered from the heat the first 3 days because at that time it was winter in Spain while in Indonesia the rainy season had started so it was hot and humid. The first 3 days he stayed in hotel until 4 pm. But after that he got used to it. After 5 days in Jakarta, we went to Yogyakarta because he wanted to get to know my family. So I introduced him to my family.

Around that time, he already told me that he wanted to have a serious relationship with me. I told him that when he would meet my family, they might interrogate him so he’d better be prepared. After we arrived in Yogyakarta, we had lunch with my sister and dang…..she started interviewing him, asking questions about me and him. I had to laugh when I saw his face. He never thought that it would seriously happen but it did.

It turned out great just like I thought before. We spent a week in Yogyakarta with my family and friends. Then we went to Bali and stayed there for a week too. After spending 3 weeks in Indonesia, he had to go back to Spain, I cried at the airport. Although we already agreed that I would go to Spain to visit him, it was still very sad that he had to leave.

A month after that he proposed to me on the phone, it wasn’t romantic at all. I always imagined that he would propose to me on one knee on the beach or something…instead he was on the phone and said ‘Hi Julie, I’m thinking why don’t you prepare all the documents to get married in Italy cuz I don’t want to lose you again like what we had to go through in Jakarta?’

I was surprised  and asked “Are you asking me to marry you?” And he said “Yeah, why not? I think you agree with me, right?”

So then I prepared all my documents to get married in Italy. Why in Italy? Because he was moving from Spain to Italy. He got a new job there closer to his hometown. It was a big surprise for our parents but luckily they supported us. So we got married in Italy on July 27, 2002. 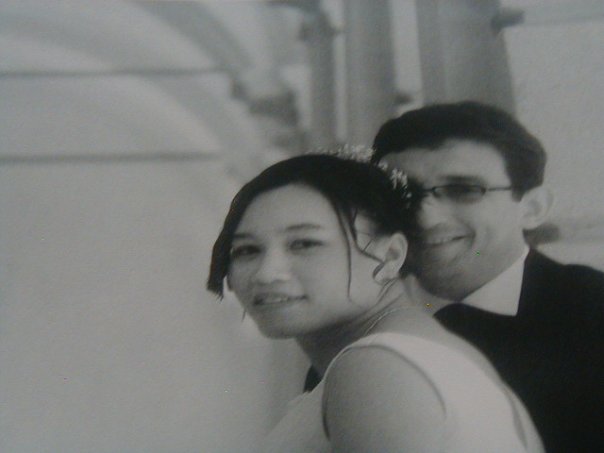 Julie and Davide at their wedding

In my opinion, the Italian and Indonesian culture are quite similar: the family is very close, the father is the leader of the household and the mother takes care of the children and the household chores. But, in Italy if they don’t like something, they will say so right away, while in Indonesia, it is not polite to do so.

I used to be silent when I was angry, while my husband would always talk about it. But he knows now that when I’m silent it means something is wrong and then we will discuss it together. But now I always tell him if there’s something wrong or something that I don’t like so we can understand each other better.

We are lucky that we have families that wholeheartedly support us from the beginning. They were very surprised that we got married so quickly. Our friends also support us. When I moved to Italy, in the beginning people stared at me, because there were few mixed couples back then, but after a while they got used to me and I got used to them. Suddenly I became famous, because when I walk downtown alone or with my husband or with my mother in law, people will stop me and ask ‘Are you Davide’s wife or are you Elena’s daughter in law?’ They were very curious about me.

Wow….that was when I moved to Italy. I used to go to work and know a lot of people. I used to be independent. I could drive anywhere I liked. But when I moved to Italy, I was blank. Although I learned a little bit of Italian before I moved, it was still very hard for me to understand what people said. They speak very fast and the worst thing is they speak a dialect that is very different from Italian. I was like ‘What? That’s not Italian!’. My husband then told me about the local dialect. So then I learned Italian and the local dialect. My husband wanted to buy me a car too but I had to get used to the roads and signals first. I’m happy he did that because traffic in Italy is totally different from Indonesia. We lived in a small town where I could walk or ride a bike to go almost everywhere, and I enjoyed it a lot. I miss that tremendously since we moved to the USA.

We’ve both learned about a new culture (I learned about Italy, he learns about Indonesia). I enjoy visiting castles as much as he enjoys watching Indonesian traditional dances. My daughter is very passionate about both cultures and my son learns from his sister.

My husband is a fast thinker and talkative while I’m very calm and sensitive. 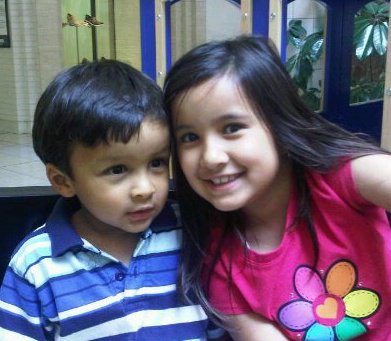 What language do you speak to one another?

In the beginning we spoke English but now we speak Italian to each other. I speak Indonesian to my kids and he speaks Italian to them too. This way, our kids learn 3 languages.

No, we never had any issues about our religions. We already talked about it before we got married and we decided that the children will be Catholic and I’m allowed to introduce Islam to them too. When they grow up, they can decide themselves whether they want to be Catholic or Moslem.

We hope that we can build a house in Indonesia for our retirement.

Communicate with each other constantly, so you can understand each other better!